Changes in the senior demographic effect on real estate investors

The senior demographic was popular in the news this week, a topic which has important implications for real estate investors. Beginning with Tanya Sterling of GlobeSt, who reported on the National Investment Center for Seniors Housing and Care’s report showing that in 10 years, 54% of this demographic won’t be able to afford senior housing. There will be a dire need for affordable senior housing by 2029 according to Sterling.

The report notes that the number of “middle income” seniors will double by 2029. According to Reshma Kapadia of Barron’s, “54% of middle-income seniors aren’t expected to have the financial wherewithal to pay for senior housing, even after using the proceeds from their existing homes.” 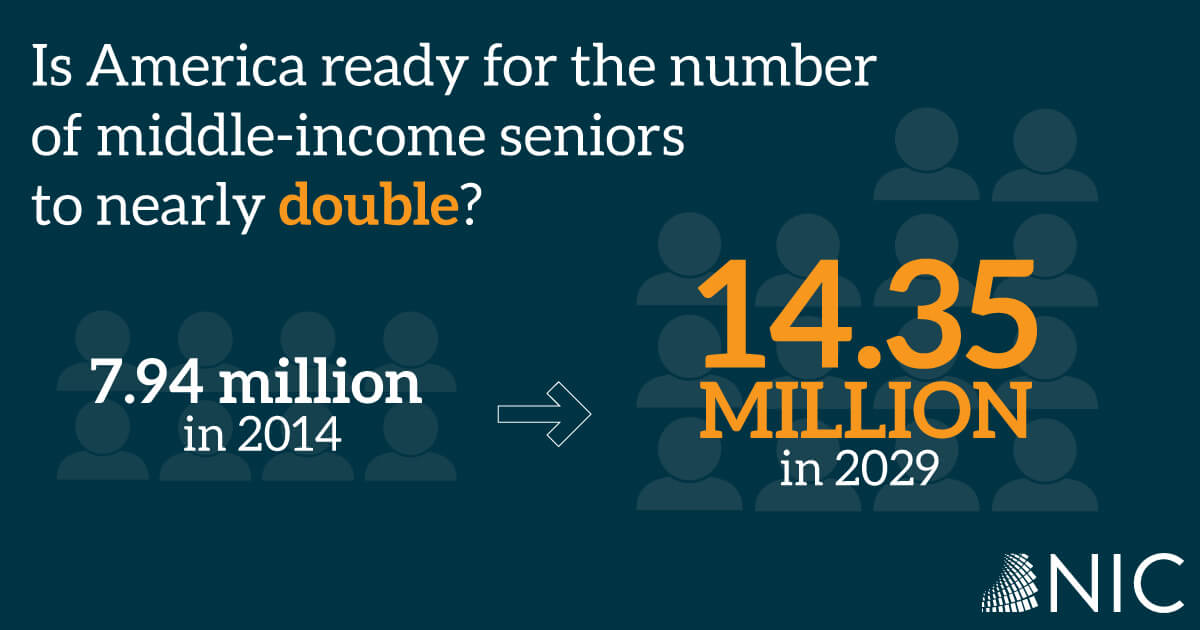 For real estate investors, the NIC chief economist Beth Mace told Barron’s that “We are trying to put a spotlight on the need, from the policy side but also from the opportunity for private investors. There is a big demand pool of people with housing and care needs.”

Jeff Shaw of REBusiness Online reported this week on the overall seniors housing market, noting that “Seniors housing investment and construction in the United States slowed in the first part of 2019, but investors are confident in the long-term outlook for this sector.” The investor profile in this sector has also changed, which is now led by “private investors, followed by institutional investors…as REITs have pulled back significantly.”

Jacob Gaffney of Housing Wire reported this week on the legacy mall industry, following three high profile deals where malls have been converted into mixed-use and multifamily developments. Gaffney considers Merlone Geier Partners, who unveiled a plan for the 68-acre Laguna Hills Mall property in California that lost two anchor stores—Macy’s and J.C. Penney—last year. There are many other examples of this strategy, and it is worth taking a closer look at for anyone involved in the multifamily space.

Razvan Cimpean of Multi-Housing News revealed the top 5 markets for multifamily rent growth this week. These are the best-performing markets ranked by year-over-year rent increases through March 2019:

Jessica Guerin of Housing Wire also reported this week that despite multifamily lenders being required by the Home Mortgage Disclosures Act (HDMA) to report data to regulators, the Consumer Financial Protection Bureau doesn’t share all of this data with the public. “The vague reporting of HDMA data is a roadblock that prevents analysts from understanding how well a lender is serving its community. The problem is particularly poignant in multifamily lending…because these lenders are more concentrated in individual communities, with one lender making a disproportionate amount of loans in a single area.” Lobbying efforts are in motion to open up data sharing requirements.

In an announcement that dominated headlines, Marriott announced early this week that they are launching a digital home-sharing platform to rival Airbnb. Jordan Valinsky of CNN reported that Marriott is rolling out Homes & Villas by Marriott International, a platform that focuses on upscale properties. “The service will offer 2,000 “premium and luxury homes” in more than 100 cities. The homes will be managed by rental companies and are equipped with Wi-Fi, premium amenities, such as linens and professionally cleaned after each stay.”

Meanwhile, Dierdre Bosa from CNBC reports that Airbnb also announced a new partnership that aggressively expands their entry into the hotel space. “Airbnb is partnering with a major New York real estate developer, RXR Realty, to convert portions of New York City commercial properties into a new category of urban lodging”. Although Airbnb recently purchased HotelTonight, this is their biggest move into the traditional hotel space to date.

It seems that despite claims by both CEOs that they are not competitors, all bets are now off.

Lauren Silva Laughlin of The Wall Street Journal reported this week that We Company—formerly known as WeWork—privately filed paperwork for an IPO. This move comes amidst a flurry of tech darling IPOs this year with Uber, Lyft, Slack, and Pinterest leading the charge. We Company in terms of valuation would be the biggest IPO behind only Uber.

Compass—a residential real estate broker in hyper growth—also made headlines this past week, starting with Kathrine Clarke of The Wall Street Journal reporting that “After a recent $450 million infusion from Japan’s SoftBank Group Corp., Compass has a war chest of $1.2 billion. That pile of cash has enabled the firm to woo high-profile agents with hefty marketing budgets, slick technology and stock options as it dangles the prospect of an initial public offering.”

Despite a massive infusion of cash, there is still no clear path to profitability. Jim Dallrymple II of Inman reports that Compass chief operating officer Maëlle Gavet even stated that “We’re not yet at a stage where I have a very clear monetization strategy because we haven’t really talked about it.” And with lawsuits filed by Zillow claiming Compass poached tech staffers and stole trade secrets, the road ahead has many challenges for Compass.

Speaking of Zillow, they announced this week a new tool for listings on its site—easy 3D tours. The Real Deal reported this week that Zillow will enable the inclusion of 3D tours with all listings. “Zillow also introduced a new app that real estate agents and sellers can use to create 3D images and videos with an iPhone. The company estimates the process could take as little as 15 minutes.”