Hipsturbia: The rise of the suburban renter

Word of the week: Hipsturbia.

This new term was a highlight in PWC’s Emerging Trends in Real Estate 2020 report. According to the report, hipsturbia involves a growing desire and trend to create live/work/play districts inside suburbs. Many of these “hip” suburbs are associated with major metros, but are more and more desirable for renters, including young ones.

Stephanie Vozza of Forbes picks up on the PWC report, noting that these “cool” neighborhoods will be a growing trend into 2020, and include “Hoboken, Maplewood, and Summit, New Jersey; Yonkers and New Rochelle, New York; Evanston, Illinois; and Santa Clara, California.” These suburban hot spots are characterized by vibrant music scenes, coffee shops, art, and affordable real estate.

This dovetails nicely into Janet Adamy and Paul Overberg’s Wall Street Journal (subscription required) commentary on recent Census data, concluding that “cities with more than a half million people collectively lost almost 27,000 residents age 25 to 39 in 2018…It was the fourth consecutive year that big cities saw this population of young adults shrink.”

Kim Hart of Axios provided interesting context to the discussion this week, noting that although suburban growth slowed in the aftermath of the financial crisis, millennials are now priced out of most major cities and, thanks to the good economy, younger generations have more location and employment flexibility in suburban settings.

Lisa Prevost of the Seattle Times also provides investors with an interesting perspective on how telecommuting—much of which has been driven by suburban growth—has positively impacted real estate markets across the U.S. 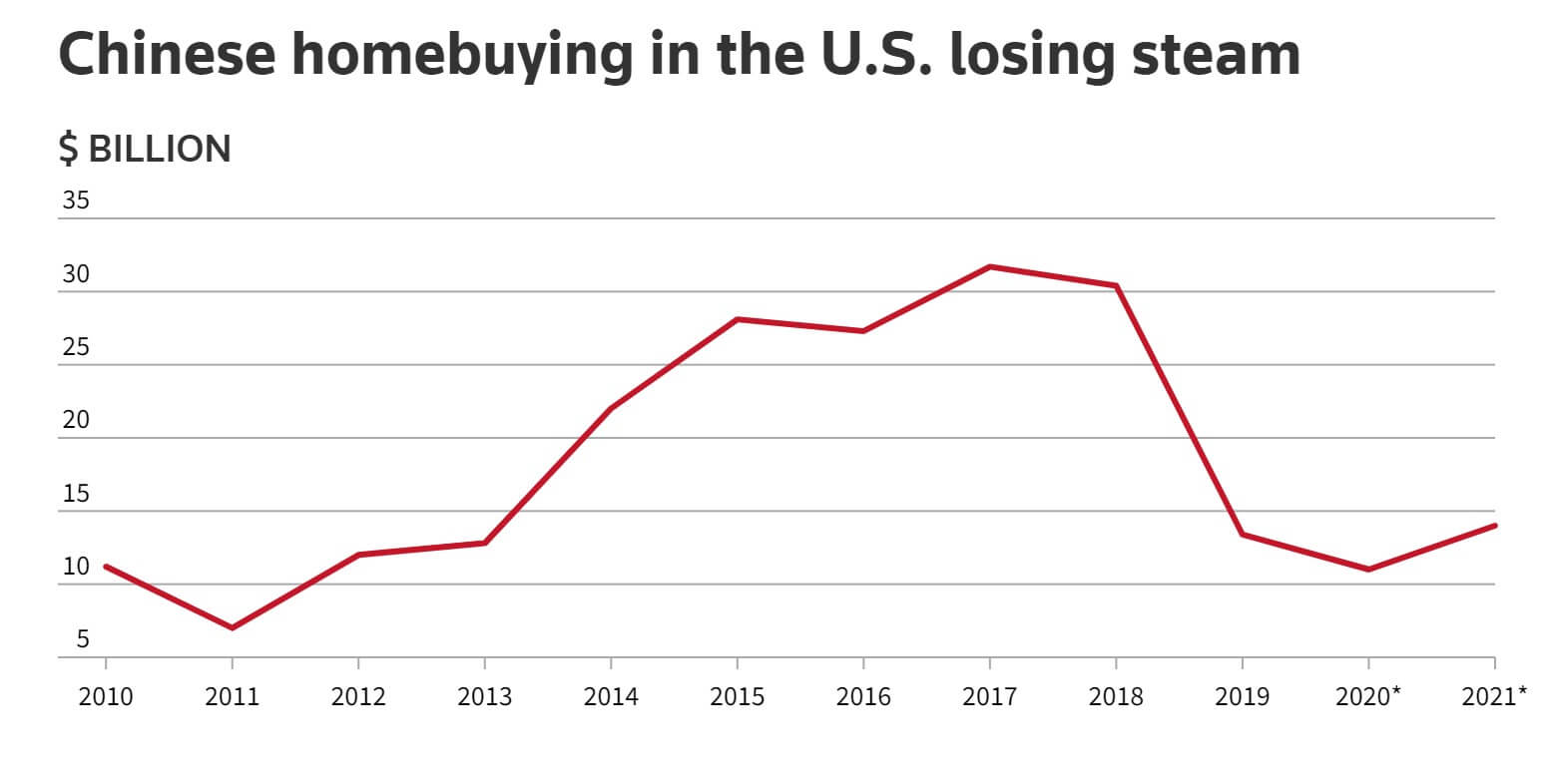 Couple the above projections with Dees Stribling of Bisnow National reporting that the U.S. Department of the Treasury has issued proposed regulations to tighten government scrutiny on foreign investments, including a wide range of real estate deals.

It’s safe to say it’s going to be a rough few years for Chinese real estate investments in the U.S. Some states may suffer more than others, as R.A. Schuetz of the Houston Chronical reports: “Foreign spending on Texas homes fell 28 percent to $7.8 billion in the 12 months ended March 30, down from $10.9 billion in the same period a year ago…[but that] spending by buyers from China, Canada, India, the United Kingdom and Mexico, the five countries that spend the most on U.S. homes, fell across the nation.”

A bunch of homebuying news worth noting for investors, starting with consumer confidence data out of the National Association of Realtors (NAR) showing that over half of Americans believe that now is a good time to buy a home. NAR’s chief economist Lawrence Yun is quoted as saying “Mortgage rates are at historically low levels, so I see no sign of the optimism about home buying fading.”

Speaking of mortgage rates, they actually went higher last week according to Diana Olick of CNBC, dropping mortgage applications by 10%. Further, Alcynna Lloyd of Housingwire carried on the discussion by noting that “the increase in rates led to fewer refinances, and activity has now dropped 17% over the last two weeks.”

Lloyd also reported via Housingwire this week that homeowner equity continued to grow in Q2 of 2019 and that those with a mortgage (63%) saw equity increases of 4.8% since the Q2 2018.

Further interesting home equity data released by Redfin last week and reported on by Dana Olsen, shows that “People who bought a home the year prices bottomed [in 2012] out have earned a median $141,000 or 261% in home equity.” Further, homeowners in Tacoma, Washington, and Virginia Beach saw the biggest increases in home equity since 2012.

Wondering which housing markets are predicted to turn ugly in 2019? Check out Forbes contributor Andrew DiPietro’s recent article on the same, outlining 50 markets to watch for the rest of the year.