According to new data from Redin, homebuying demand keeps on rising despite the economic challenges of the pandemic. Specifically, demand is 25% higher than pre-pandemic levels, sale prices are up 3.1%, and asking prices are up 9.9%. Supply is tight which is keeping demand and prices buoyed, with new listings still 15% lower than last year. 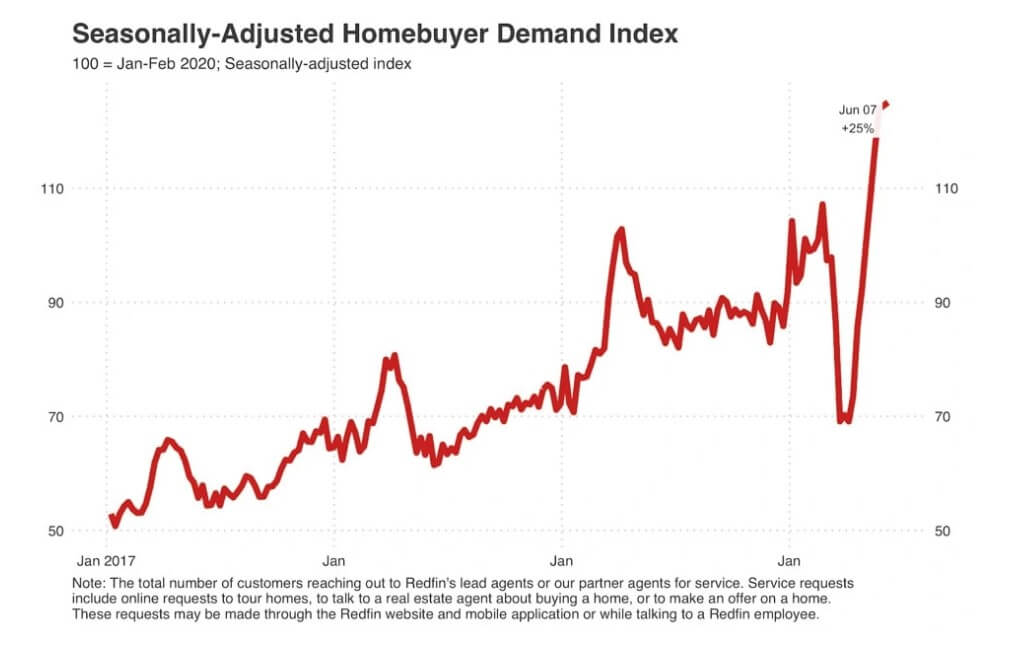 Glenn Kelman, CEO of Redin, notes that “Until supply catches up to demand, prices will rise. For the week of June 1 – 7, year-over-year growth in asking prices was up 9.9%, compared to 7.9% the week before, and 3.9% in January and February. Sales prices for the first week of June are up 3.1% year-over-year, an improvement from 1.3% in May, when offers from late March and April were still closing. The percentage of newly listed homes accepting an offer within 14 days of their debut increased from 42% in May to 47% in the first week of June.”

According to the latest Fannie Mae sentiment analysis, we are seeing a rebound in intentions to buy and sell homes. According to their data, 32% of Americans believe it’s a good time to sell a home, while 52% believe it’s a good time to buy a home. This is exactly why we’ve seen prices and demand rise: Demand is still high while selling intentions remain low. 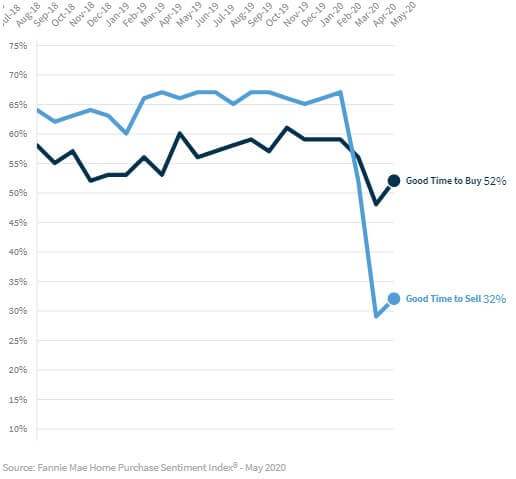 Of particular note: “Single-family rental housing will see a window of opportunity. While housing dedicated to short-term rentals will see higher vacancy rates due to a reduction in demand for travel, there will be market opportunities for long-term rentals of single-family homes. Demographic tailwinds combined with labor market headwinds (like weak wage growth and elevated unemployment) mean higher rental demand for single-family structures.”

ATTOM Data Solutions recently released Q1 202 home flipping data, showing that 53,000 properties were flipped in that quarter. This represents “7.5 percent of all home sales in the nation during the quarter, up from 6.3 percent in the fourth quarter of 2019 and from 7.3 percent in the first quarter of last year, to the highest level since the second quarter of 2006.” 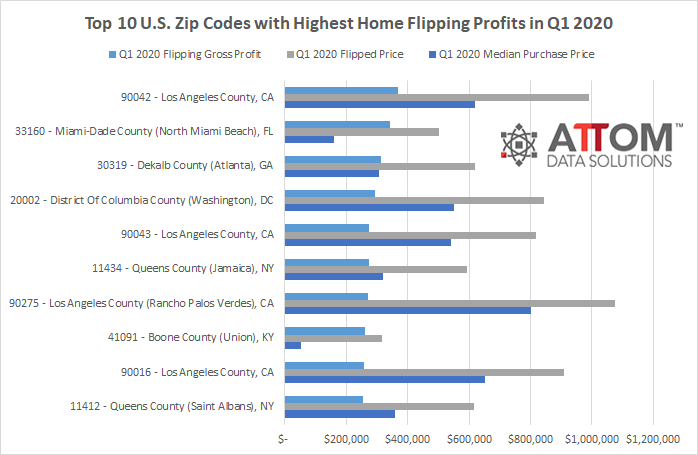 Michael Gerrity of The World Property Journal picks up on some interesting nuggets from the ATTOM report: The highest home-flipping rates are concentrated in South, home flips purchased with financing dropped and those bought with cash rise, the average flip time was 174 days nationwide, and 100+ counties had home flipping rates of 10% or more.

Lots of interesting news out of California this past week, starting with Alexei Koseff of the San Francisco Chronicle writing about Democratic Assemblyman David Chiu’s bill, AB1436, which is “intended to prevent what advocates fear will be a wave of evictions once temporary protections are lifted for millions of Californians who have lost their jobs in recent months.” According to Koseff, “While the bill would not provide tenants with direct financial aid, it would give them more time to make up their unpaid rent and take the threat of eviction off the table.”

Joshua Sabitini of the San Francisco Examiner reports on that city’s unanimous city council vote to delay by one year the new storefront vacancy tax until 2022 instead of 2021. The vacancy tax was designed to encourage landlords to reduce rents to get commercial tenants in their properties, however given the ongoing pandemic and economic downturn, this new tax has been postponed.

There are also some legal troubles brewing in Los Angeles, with Liam Dillon of the Los Angeles Times reporting that “The Apartment Assn. of Greater Los Angeles, in the federal lawsuit filed Thursday, argued that the city’s efforts to prevent evictions for those who can’t pay due to the economic or health effects of the coronavirus violate landlords’ 5th Amendment rights against government taking of their property without compensation.”

Finally, big news on the short-term rental front out of New York City, with Dennis Schaal of Skift reporting on Airbnb’s new agreement with NYC on information sharing. The new settlement requires Airbnb to share names, addresses, phone numbers, and emails of hosts with the city. If a host doesn’t consent to this information-sharing, they aren’t allowed to list on Airbnb. Look for this agreement to set the tone for future information-sharing agreements globally.

Taking a bigger picture, Schaal notes that “If Airbnb will ever succeed in easing New York’s stringent short-term rental regulations, a precursor would be the type of hosting-information-sharing pact that it reached with the city. It doesn’t guarantee lighter regulation, but many things could be on the table in the new normal of a post-coronavirus New York City.”