Homebuyers are on the move post pandemic: New data

Despite the ongoing challenges posed by the ongoing pandemic, new data from Zillow shows that homes sold in the U.S. in early June stayed on the market an average of 22 days. This is the fastest pace of sales since June 2018, with the hottest markets being Columbus, Cincinnati, and Kansas City. Conversely, the slowest markets were New York, Miami, and Atlanta. New listings are also up 14% between May and June. 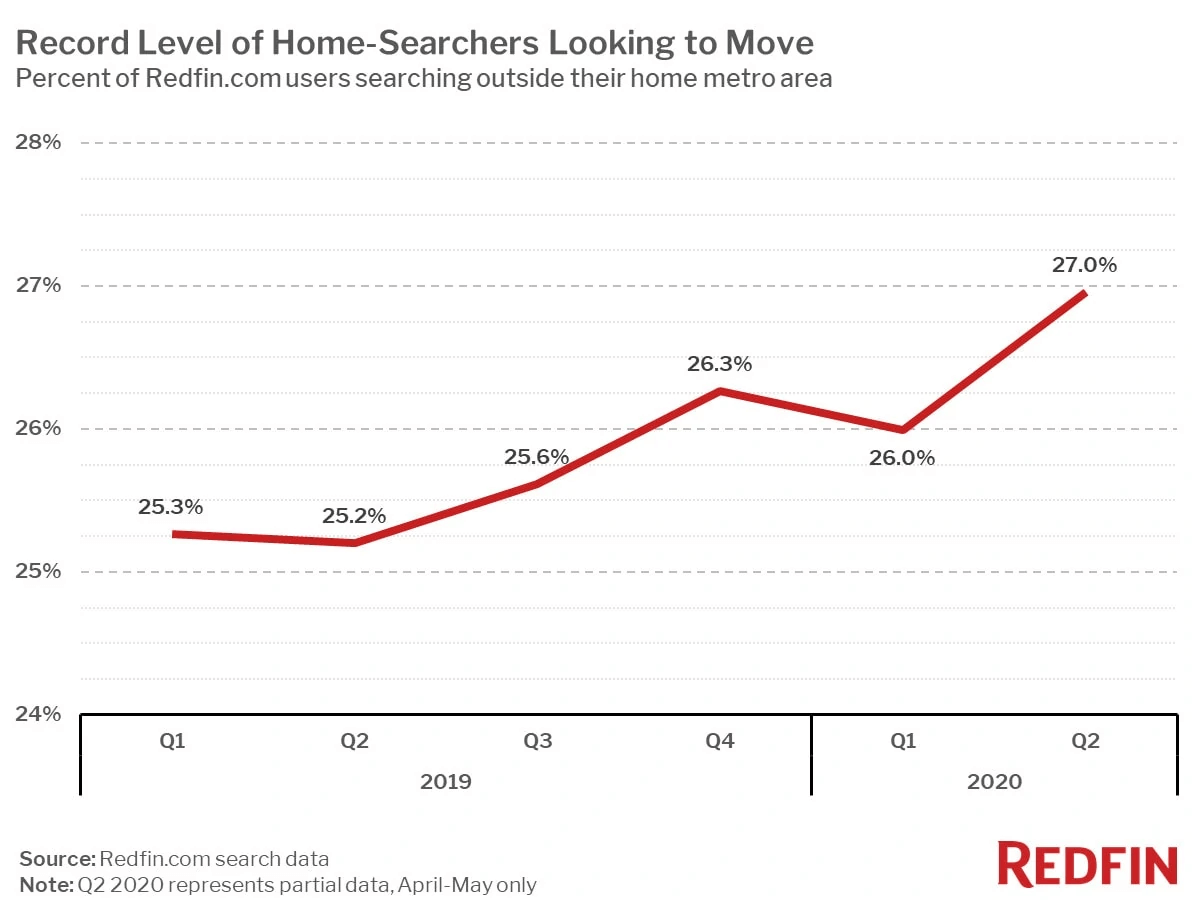 Redfin economist Taylor Marr notes that “While there has been a huge increase in the number of people looking online at homes in small towns, the long-term impact of the pandemic on people actually moving from one part of the country to another remains to be seen. People are starting to take the plunge and move away from big, expensive cities, though most of them were probably already considering a lifestyle change.”

Javier Vivas of Realtor.com reports on their data, showing that across the U.S., home sales are improving rapidly as we move into the summer. Specifically, “the realtor.com Housing Market Recovery Index reached 92.0 nationwide for the week ending June 20, the highest index value since the middle of March when COVID-19 disruptions began.”

Finally, Diana Olick of CNBC shows on the mortgage side that demand is increasing as well. Mortgage application volume fell 8.7% last week, and homebuyer demand for mortgages fell 3%, but the rates are 18% higher than during the same period in 2019.

Bendix Anderson of the National Real Estate Investor reports that the cost to build will generally decrease over the coming year, leading to more construction. “Despite those numbers, most experts expect materials costs to dip over the next year, as it gradually becomes clear how quickly many of the more than 45 millions of jobs lost in recent months come back and how many renters will be able to pay market rents at new apartment developments.”

Further, Diana Olick of CNBC reports on new U.S. Census data showing that sales of newly built homes jumped 13% annually. After a massive slowdown in March, this May has been the strongest on record since 2007. Of particular note is Olick’s remarks that “housing starts were not nearly as strong, and builders are struggling to meet this new demand.”

The MReport comments on new National Association of Homebuilders (NAHB) data showing that between May and June this year, fewer home builders lowered their prices. The share of builders that lowered prices in May fell to 15%, a drop from April’s 22%. According to MReport, “This data highlights positive forecasts for continued future recovery, of which housing may very likely be leading the charge. Statistics from the survey found that single-family permits rose nearly 12% during the month of May. As for mortgage applications, these reached their most impressive height this year to date, the previous height being reached in January 2020.” 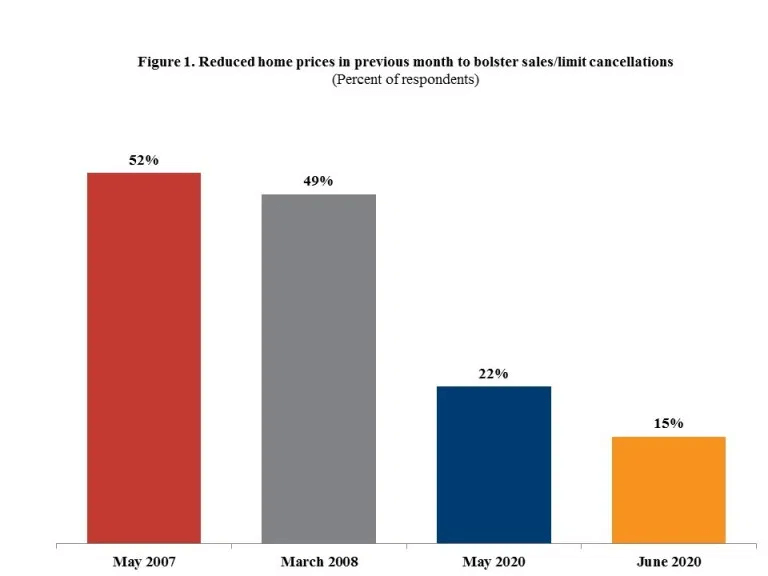 On the equities side, couple the above positive sentiment with Simon Constable’s Forbes article titled, Homebuilder Stocks Surge As Housing Market Snaps Back From Covid-19 Drop.

Real estate watchers read with great interest developments last week at CoreLogic, which received an unsolicited offer to purchase the data company at $65 a share.

According to Peter J. Brennan of the Orange County Business Journal, shares of CoreLogic increased 25% to $66.33 a share, and a $5.2 billion market cap, following the unsolicited bid to buy the company. In a letter to the CoreLogic board, the takeover team noted “Despite its strong market position as a provider of data and analytics for the real estate and mortgage industries, we believe the company will not achieve its full potential under its current strategic plan.”

Sarah Wheeler of Housing Wire notes that the takeover from Cannae Holdings and Senator Investment Group is led by Bill Foley, chairman of Black Knight, a data and analytics company that is a direct competitor to CoreLogic. This takeover would acquire 100% of the outstanding CoreLogic shares for $65 per share, and be an all-cash transaction.

In an excellent analysis of this takeover bid, Scott Deveau and Daniel Taub of Bloomberg report that “Cannae raised $412.5 million via a share sale this month that it said could be used for acquisitions and investments. Separately, a blank-check company set up by Foley, Foley Trasimene Acquisition Corp., raised $900 million for deals targeting financial technology or business process outsourcing companies.”