Valeria Bauerlein of The Wall Street Journal reported this week in an article widely covered by the press that American suburbs are beginning to swell again as Millennials increasingly escape cities to avoid rising urban housing costs.

Hillary Hoffower of Business Insider picks up on the story, noting that “Millennials are being more selective, seeking suburbs with good weather and good jobs, typically in the Sunbelt…As a result, these suburbs are growing at a rate that’s more than twice as fast as their neighboring cities.”

This has important implications for real estate investors, as reported by Fox Business’s Ann Schmidt. This surge in would-be suburb buyers will drive up demand and prices, particularly in the more affordable end of the market. This will likely lead to higher rent for investors.

Brad Hunter over at Forbes has added to this that income growth for younger generations is now the highest (see chart below), noting that “Gen Y is the largest generation in U.S. history, and for those of us old enough to remember how the Baby Boomers transformed the housing market, it is easy to imagine that this generation, the Millennials, will do the same.” 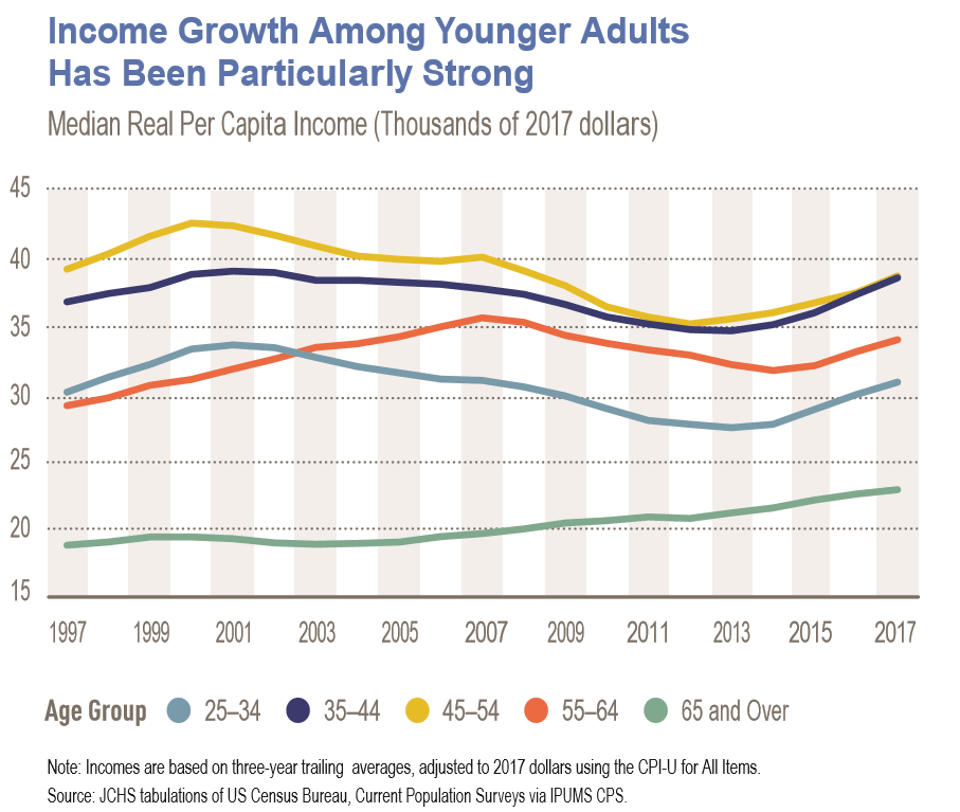 The topic of refinancing was hot this past week, with Paul Centopani of National Mortgage News reporting that as the 30-year fixed-rate continues to fall below 4%, June 2019 saw the most borrowers qualifying for refinancing since 2016.

Diana Olick of CNBC produced a widely shared article on refinancing, reporting that according to Black Knight, 8.2 million borrowers are in a position to refinance and lower their interest rate by at least 75 basis points. “The average borrower could save about $266 per month, bringing the total amount of potential savings to about $2.2 trillion.”

In covering the recent drop in mortgage rates, Alcynna Lloyd of HousingWire reported this week that “the country is experiencing a tug of war as the fixed income market flashes warning signs while the equities market continues to march higher with optimism…with the economy weakening but still on very solid ground with high consumer confidence and strong labor market.” This week, the 30-year fixed-rate mortgage averaged 3.75%, slightly higher from last week’s 3-year low of 3.73%. 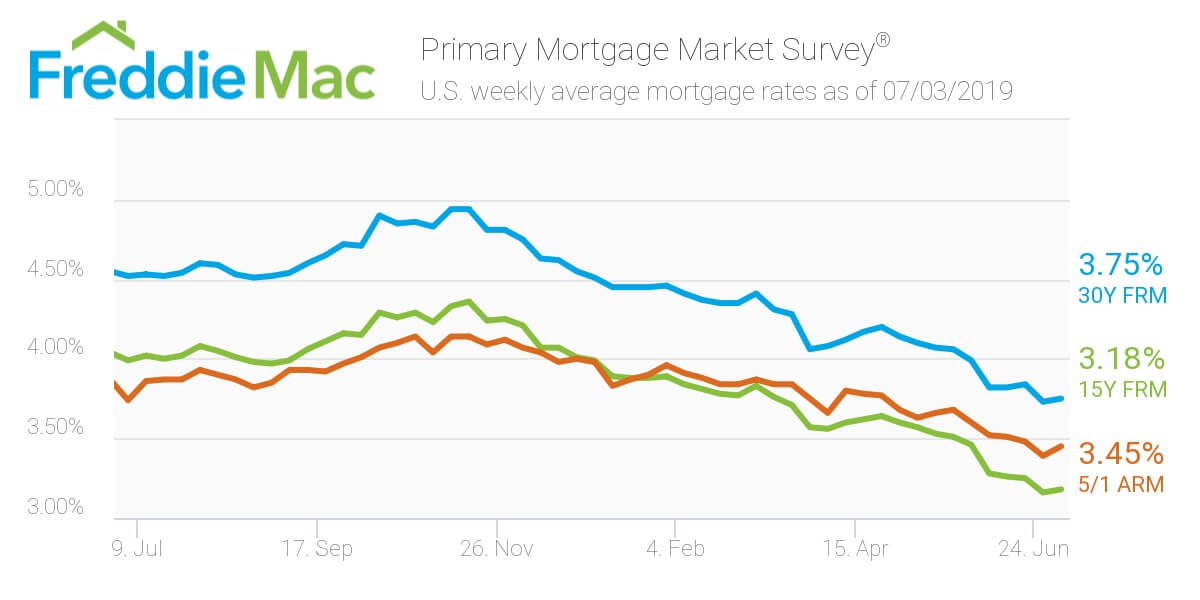 Kevin Graham of Zing! reported this week that those taking advantage of Fannie Mae and Freddie Mac’s Home Possible and HomeReady loan—3% down conventional—need to apply prior to July 20, 2019, as both programs are being revamped. “This is a change affecting all mortgage lenders who offer the 3% down options from Fannie and Freddie. In order to give yourself the most possible options and the best chance of qualifying for a 3% down conventional loan, you should apply by July 20” reports Graham.

More updates on the short-term rental front, starting with Michael Wilson of Forbes reporting that as the market demand for alternative accommodations continues to accelerate, multifamily investors are wise to experiment with this revenue stream ahead of an upcoming economic downturn—which is a matter of when, not if.

Amidst growing demand for alternative accommodations is a rise in city-level debates and bylaw experimentation. Amanda Cochran of Click2Houston, for example, reported this week that Houston’s Hotel Occupancy Tax had begun on Monday, and is a 7% tax on local Airbnbs.

Dom DiFurio of Dallas News jumped in on the news, reporting that “Airbnb collected $24 million in short-term rental taxes in Texas over the last year – the second year since it reached an agreement with the state to collect the money from guests…That’s a 57% increase over taxes collected in the first year of the agreement.”

In L.A., Hailey Mensik of Los Angeles Times reports that new restrictions on Airbnb and similar services went into effect this week: “The home-sharing ordinance bars any type of short-term rentals of properties other than someone’s primary residence. A primary residence is a place you live in at least six months out of the year. Bookings for all visitors are limited to 120 days a year, although there are exceptions to that rule.” See here for the full ordinance.