Mortgages are getting harder to get amidst lower rates

With so much changing on a daily basis, take some comfort in the fact that low-interest rates appear to be here for awhile. Bankrate notes that it surveyed financial and economic experts and found that a third say the Fed won’t lift borrowing costs until 2023 or beyond. 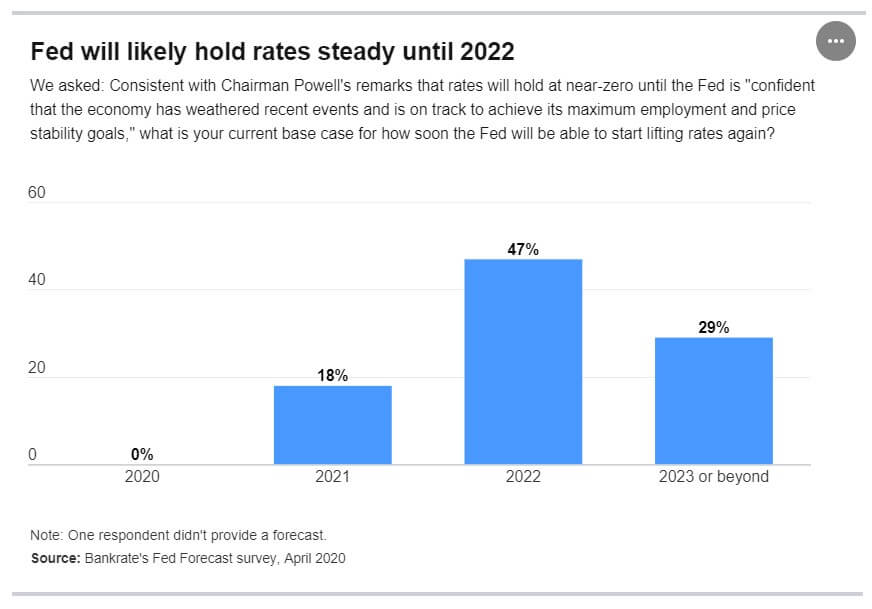 That said, some investors are having trouble taking advantage of these low rates. Amy Scott of Marketplace reports that lenders are taking a much closer look at applications and credit scores. But, “it’s not just credit scores getting a closer look…Lenders are rejecting certain sources of income and asking for additional documentation…One lender recently required a client to prove that his tenants had paid their rent in March and April.”

Aly Yale of Forbes confirms this trend, noting that forecasts released by Fannie Mae predict rates will go lower, “dipping to 3.1% by the third quarter and an unprecedented 2.9% later next year.” But that “those low rates probably aren’t even feasible for a large bulk of the population, thanks to tightening lender standards.”

We likely won’t see a reversal of this belt-tightening until forbearances subside—now over 6% of current mortgages. Doug Whiteman of MoneyWise reports on the rise in applications, noting that “refinancing requests edged down 1%…but demand for refi loans was up 225% — more than triple — compared to the rate of a year ago.”

Aside from forbearances, lenders are simply struggling to keep up. Billy Nauman of the Financial Times (subscription required) reports on the backlog of refinancing applications that has lead many lenders to go on a hiring spree, or even divert employees from other departments to begin underwriting the influx of applications.

Looking to get a rate quote? Answer a few simple questions to get matched with a lender partner who will provide you with a competitive mortgage quote.

Some positive news to start the week: As some states start opening up again—slowly—we are seeing glimmers of hope to easing the current restrictions, and getting back to our new normal (whatever that may look like). Already, Julia Falcon of Housing Wire reports that in Colorado some counties are allowing in-person showings for real estate sales.

As May 1st approaches, top of mind for real estate investors is rent payments. Georgia Kromrei of The Real Deal outlines the growing concern among multifamily investors who anticipate more economic vacancy in May than they experienced in April. “Despite the dismal forecast, a national survey of 11.5 million rental properties showed that 84 percent collected at least some rent in April. But many landlords expect that number to be significantly lower in May, and those with less affluent tenants say they have already taken a hit.”

And then there’s the May 1st rent strike. Natasha Lennard of The Intercept reports on NYC, where reportedly 400 hundred organizers are coordinating building-wide rent strikes across their buildings, and another 5,000 tenants have committed to participate through an online pledge.

Some much-needed optimism reported on by My Move, quoting Mashvisor economist Daniela Andreevska: “The U.S. housing market was a strong seller’s market before the COVID-19 pandemic outbreak, and it is expected to remain a seller’s market…the comeback is expected to be quick…With the expected declines in property prices, albeit not massive, and the historically low interest rates, many home buyers and real estate investors will start buying as soon as the first signs of normalization show up.”

Lisa Chamoff of Forbes gives us some food for thought by outlining five predictions for the real estate industry post-COVID-19. This includes buyers upsizing their living space, the rise in home offices, and how technology will win the day.

Resource — 2ndKitchen provides a guide on best practices for collecting rent during the COVID-19 pandemic.

We don’t talk enough about this real estate asset class. I for one have always read that self-storage is recession-resistant. But, as people (movers) hunker down this summer, self-storage facilities will have trouble keeping their rates steady and filling vacancies as consumers look for ways to cut costs.

Joshua Fruhlinger of Thinknum poured a bit of cold water on this recession-resistant thesis. “The self-storage industry will have a tough time weathering an economic downturn if it continues through the summer when people do a lot of moving and, as a result, storing. In areas like Houston, Texas, where self storage is a historically thriving business, prices are down an average of 45%. In Minnesota, prices have dropped by more than 50% for some storage spaces.” 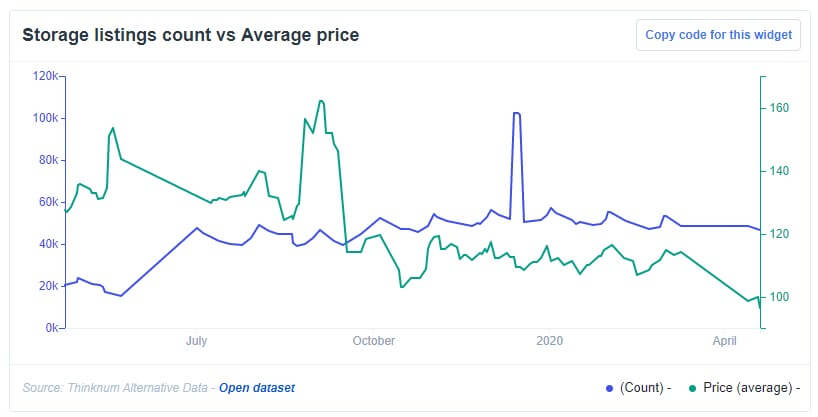 Fruhlinger adds, “The price drop appears to be a reflection of swelling inventory. At this time last year, Public Storage listed 20,600 available units. As of this week, that number has more than doubled to 47,100. During the same time period, the average price dropped from $126.80 to the aforementioned $96.31.”

Recession-resistant, perhaps. But pandemic-resistant is a whole different story.

There’s no doubt that COVID-19 has been a reckoning for Airbnb. At the very least for its short-term viability, but perhaps its entire business model long-term. The short-term rental (STR) giant has been forced to rethink its product offerings, as well as deal with a community of distressed hosts.

Indeed, Salvador Rodriguez of CNBC, who reported yesterday on the $250 million COVID-19 relief fund announced by Airbnb in March. “Among the rare few who have received any money, the hosts complain that the small payments Airbnb has doled out are “comical,” “a joke” and insulting.”

Like this writer, Airbnb CEO Brian Chesky remains optimistic about the travel industry as a whole long-term. This week, Chesky toldSkift that the era of mass tourism is over, in favor of what he calls “travel redistribution.” Smaller cities and communities will benefit from this, as more people avoid larger attractions, as well as medium-term stays, will thrive as workers look to remove themselves from busy cities.

But vacation rental hosts at the moment aren’t so optimistic. Here are some dire predictions from commentators on Airbnb: “Hosts are calling it the Airbnb apocalypse…But it’s more akin to an enema.” James Temperton of WIRED reports on the longevity of the Airbnb model with an excellent analysis piece titled, Is this the end of Airbnb? In the end, Temperton feels that “the coronavirus pandemic might just force the creation of a trimmer, better Airbnb.”

There’s hope! Jane Lee of The Jakarta Post gives us some fresh data this week on a potential rebound. “Data from home-sharing startup Airbnb Inc shows the number of domestic bookings in China for the first half of April were up more than 200 percent compared with the same period in March.”

Similar data comes from The Motley Fool, where they report on data showing “a year-over-year 40% uptick in Christmas bookings across Airbnb, VRBO, Booking.com, and more.”