New rules: Are you now an accredited investor?

We closed out August with some mixed rent payment data. The National Multifamily Housing Council (NMHC) released its August data, and as of August 27, 92.1% of renters were reported to have paid rent. This compares to 94% during the same period in 2019, and 93.3% from last month.

Doug Bibby, NMHC President, noted in the release that “the industry remains encouraged by the degree residents have prioritized their housing obligations so far, but each passing day means more distress for individuals and families, and greater risk for the nation’s housing sector. If policymakers want to prevent a health and economic crisis from quickly evolving into a housing crisis, they should act quickly to extend financial assistance to renters.”

Avail also released a new survey that points more uncertainty among both renters and landlords as we see the ongoing debate about the longevity of government-funded benefits. Avail found that 31% of renters “were not able to pay their full rent in August.” This is compared to 24% in July. When asked about courses of action that were taken during COVID-19 to offset the financial burden, landlords had this to say: 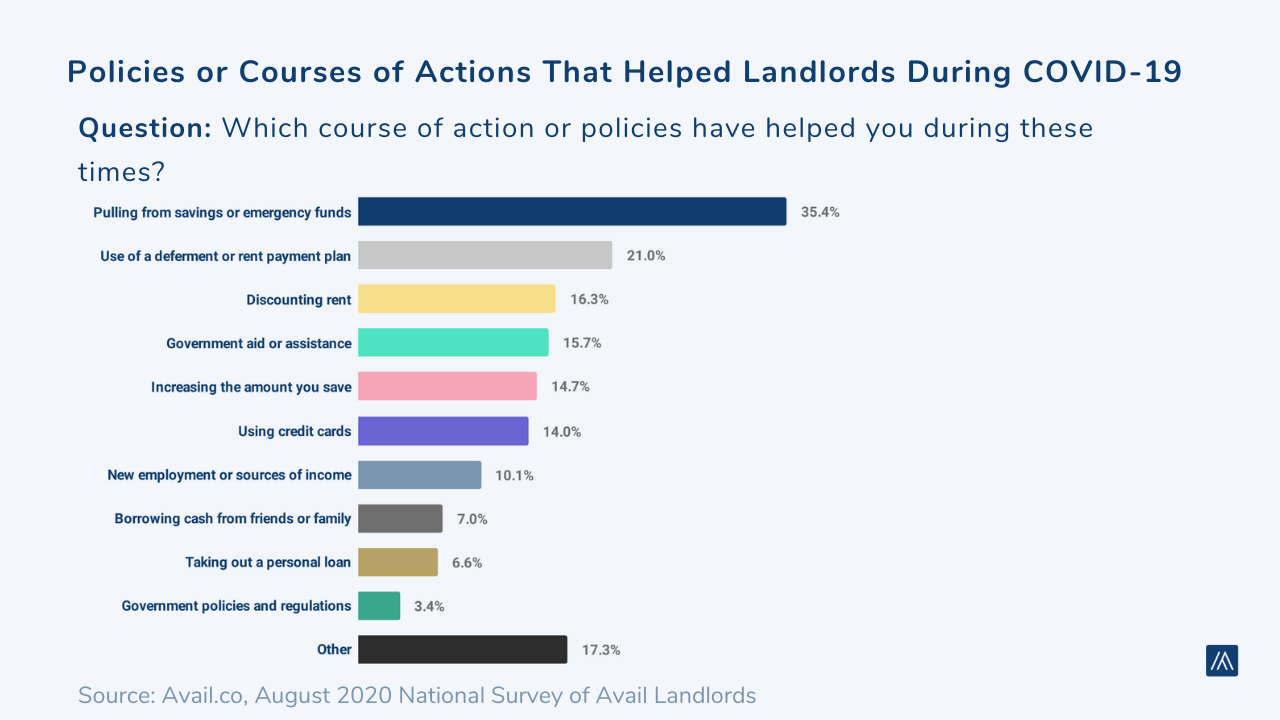 Also of note is that “according to surveyed landlords, 54.2% think the income made from their rental properties will continue to remain the same in the next three months. Roughly 30% think this form of income will decrease in the coming months, while only 15.1% of landlords said they believe it will increase.”

This is partly why, according to Globe St (subscription required) this week, that multifamily investors are putting a 4% rent decrease in their current underwriting.

That said, a new study by Apartment List released last week shows that national rents actually increased year-over-year by 0.3%. That said, in the most expensive markets rent is falling more dramatically. “There are indications that the recovery will be more drawn out than many had initially hoped, making it likely that we’ll see a protracted uptick in downgrade moves as many households facing financial hardship begin looking for more affordable housing.” 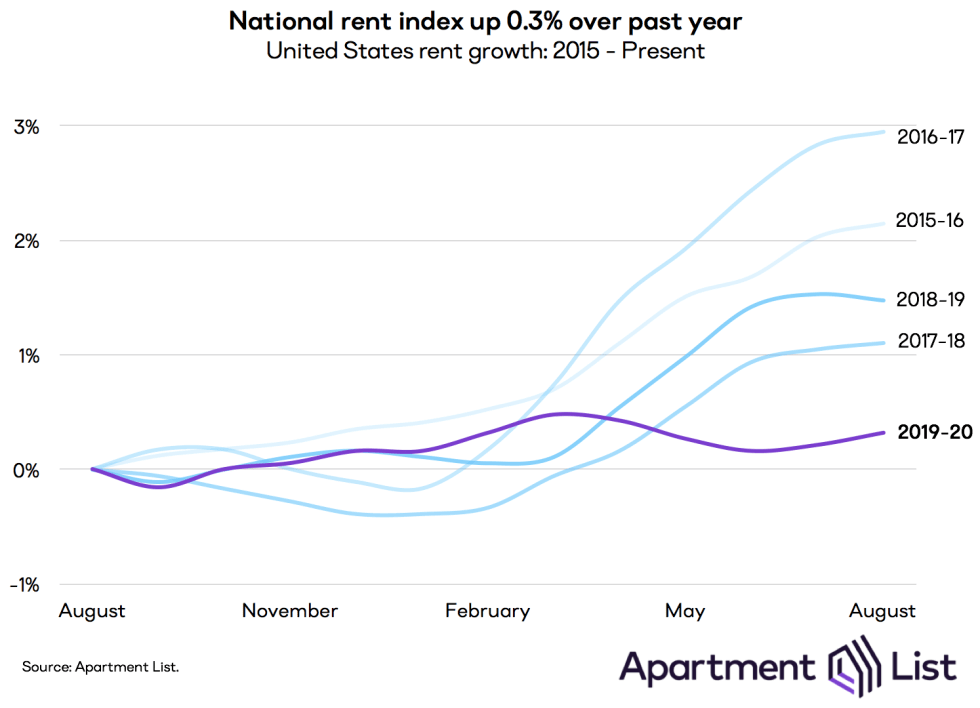 Following the great recession, the Blackstone Group entered the single-family home (SFH) market in a big way through subsidiary Inviation Homes Inc. Now a publicly-traded REIT, Invitation Homes was founded in 2012 following the foreclosure crisis and originally purchased 50,000 SFHs leading up to 2016. At an average cost per property of $166.000, Blackstone bet on the SFH market in a big way, with progressive politicians saying Blackstone took advantage of the housing crisis, and Blackstone arguing that in fact they helped stabilize it with their purchases.

Dan Primack of Axios last week reported on Blackstone’s new move into SFHs through a little-known Canadian company with massive exposure to US residential markets—Tricon Residential. According to Primack, “The Blackstone Group is leading a $300 million minority investment in Tricon Residential, owner of more than 30,000 single-family rental homes. This is Blackstone’s return to the single-family rental market, which it dominated until cashing out of Invitation Homes late last year. It also reflects how single-family rent collections have outperformed apartment rent collections during the pandemic.”

According to Clark, the bet on SFHs isn’t unusual given that landlords in this asset class “rewarded during the pandemic as their rent collections have held up better than those of multifamily landlords.” Since March 2020, Tricon’s stock has jumped 91%.

Are you now an accredited investor?

The Securities and Exchange Commission (SEC) released new guidance on what is required to qualify as an accredited investor in the U.S. The expanded criteria is designed to be inclusive of more individuals and entities that in the past weren’t deemed ‘accredited’: “The amendments allow investors to qualify as accredited investors based on defined measures of professional knowledge, experience or certifications in addition to the existing tests for income or net worth.”

Melanie Waddell of ThinkAdvisor reports on some of the new qualifications to the accredited investor pool, including:

Michael Thrasher of RIAIntel reports that many were still disappointed with the outdated net worth and income requirements. In commenting on the new rules, SEC Commissioners who voted against the new measure noted that “The most significant policy choice the Commission makes today is the decision not to index the wealth thresholds to inflation going forward. This choice runs counter to widespread support for such a measure, even among groups that often diverge in their views regarding Commission policy.”