Reuters opened up the week reporting that housing starts jumped 22.6% in July, the biggest gain since October 2016. No wonder lumber prices are skyrocketing. With this increase Reuters noted, home building is only 4.5% below February 2020’s pace of 1.567 million units. 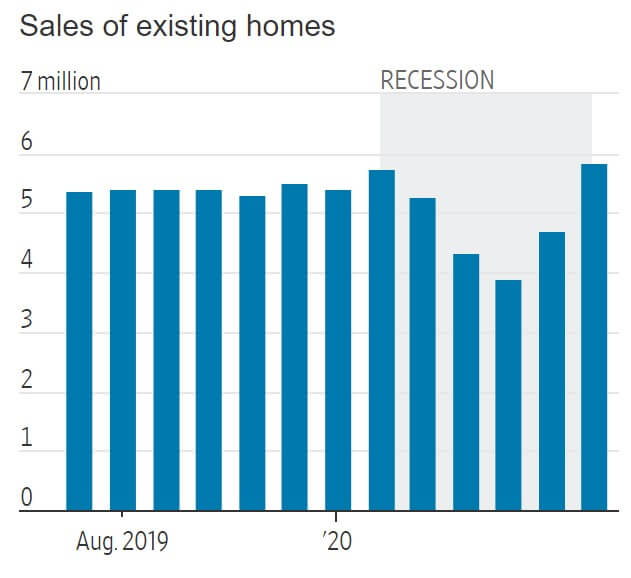 Friedman notes that “Buyers are ready to move farther from cities, now that many workers aren’t commuting every day. The pandemic has spurred some households to live closer to family, or somewhere that offers more space with so much time spent at home.” But more on that later.

Anna Bahney of CNN Business joined the conversation noting that this is the second month of double-digit jumps in home sales, buoyed by low-interest rates and the desire to move out of large urban centers. And don’t forget about low inventory, which is contributing to higher prices amidst high demand.

In the multifamily market, things are looking up as reported by Victoria Hudgins of Globe St (subscription required). Specifically, Hudgins reported on CBRE data that shows “a significant increase in signed confidentiality agreements for industrial and multifamily properties in Q2.” That said, the CBRE data warns that this market still has “at least a three-year journey to pre-coronavirus risk levels.”

Jerry Seinfeld is mad. In his recent New York Times op-ed titled So You Think New York Is ‘Dead’ (It’s not.), Seinfeld discusses his opposition to the thesis that people are fleeing the big apple. I’ll let Jerry speak for himself:

“He says he knows people who have left New York for Maine, Vermont, Tennessee, Indiana. I have been to all of these places many, many, many times over many decades. And with all due respect and affection, Are .. You .. Kidding .. Me?!”

“There’s some other stupid thing in the article about “bandwidth” and how New York is over because everybody will “remote everything.” Guess what: Everyone hates to do this. Everyone. Hates.”

“This stupid virus will give up eventually. The same way you have. We’re going to keep going with New York City if that’s all right with you. And it will sure as hell be back.”

Well, Jerry, the data isn’t with you on this one, for now, but I can’t disagree with the importance of NYC as a cultural and economic hub despite the current mini exodus.

Further, in an excellent piece last week in the Wall Street Journal (subscription required), Katherine Clarke reports that “the Covid-19 crisis has delivered a stunning gut-punch to the New York City luxury real estate market, applying downward pressure at a rate that surpasses both the 2008 financial crisis and the period immediately following the 9/11 terrorist attacks.” 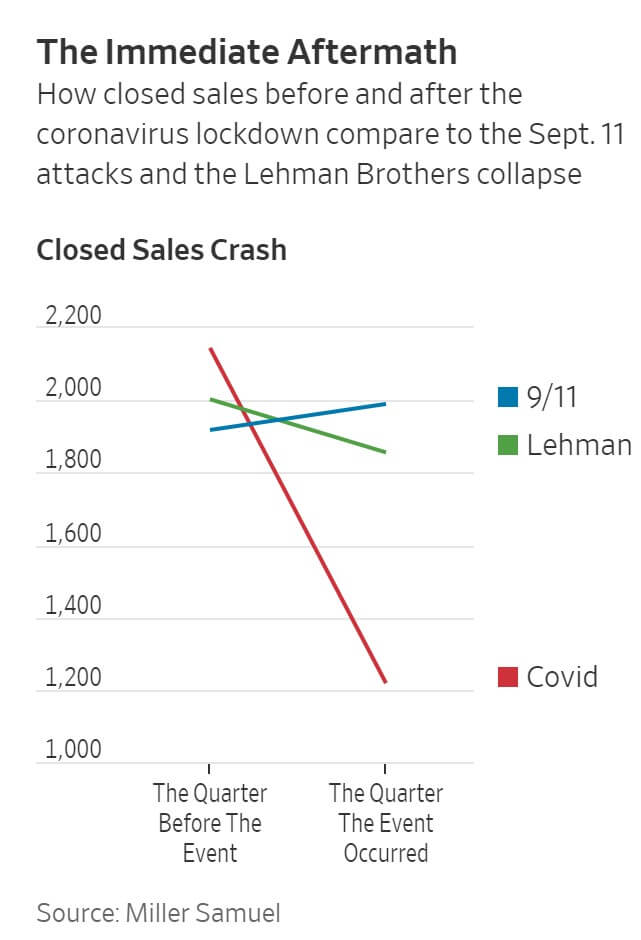 Kevin Stankiewicz of CNBC reports on an interview with real estate developer Don Peebles, who notes that “I think New York will ultimately come back. It’ll come back differently. It’ll be a different place, and it will be much more affordable. I think it’s going to take New York about a decade or so to dig out of this. Maybe longer. But it’s not going to be soon.”

And a proposed pied-a-terre state tax in the city isn’t helping anything out.

Big news from Silicon Valley darling Airbnb, who filed paperwork for their initial public offering (IPO). I personally think early investors and employees who want to realize their gains are driving the push to go public, and the record high stock market doesn’t hurt either. Travel is bouncing back, which is positive for the entire industry, including Airbnb.

Thomas Phillips of Globe St (subscription required) reports on a move from real estate crowdfunding platform PeerStreet that now allows syndicators on the platform to create curated funds either manually or through automated investing features.

PadSplit, a startup that brings down costs for subsidized and affordable housing, just raised $10 million to expand its services. This is a great model, I’d suggest checking them out. “PadSplit borrows a page from the Airbnb playbook by creating a marketplace where homeowners can list rooms for rent for long-term stays. Each room comes furnished with Wi-Fi and includes access to laundry facilities. And the company provides access to free telemedicine services and reports weekly payments to credit agencies so renters can build their credit scores. Currently, the company manages 1,000 units in the Atlanta area and has expanded its presence into Maryland.”

Finally, in an excellent opinion piece, Gregory Blondeau, CEO and co-founder of Proxyclick, discusses how COVID-19 has forced the mass adoption of proptech and how it’s impacting the real estate industry. My favorite quote: “Proptech solutions that can aid in the people flow, health and safety, and data privacy aspects are coming together as a formidable ecosystem. Organizations especially diligent in their risk management are turning to [these] solutions.”