John Toby of Forbes opens up the week with an article outlining how and why reporters mistakenly view housing data as weak. In doing this, reporters more often than not ignore revisions to official data—which occur often—anchoring ‘predictions’ to inaccurate estimates and not revisiting conclusions based on actual data.

This storyline feeds in nicely to several reports this week that seem to point to a positive outlook for housing following a weak 2018, starting with Katia Dmitrieva of Bloomberg. Dmitrieva reports that “Sales of previously owned U.S. homes rebounded in May to a three-month high as all regions gained amid lower interest rates and a labor market that remains strong.” 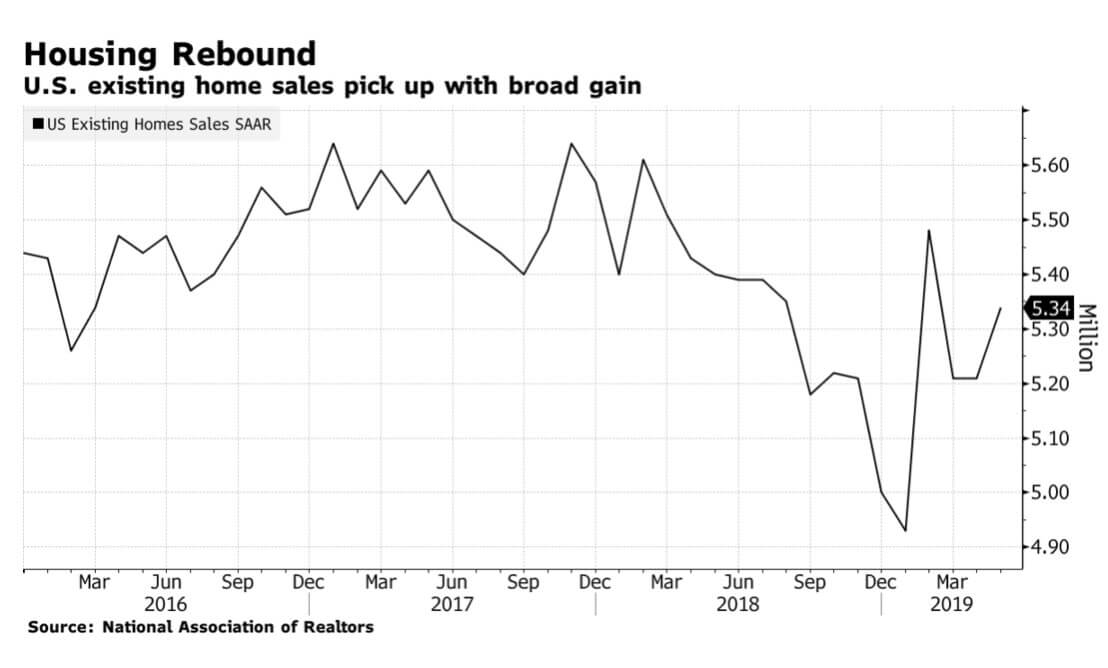 Calculated Risk reported last week that on a price-to-rent basis, the Case-Shiller National index is at February 2004 levels, with the Composite 20 index at October 2003 levels. In real terms, this data shows that prices are back to late 2004 levels, with the price-to-rent ratio is back to late 2003, early 2004. Ultimately, this means that there is still room to run for the U.S. housing market.

Similarly, Reade Pickert of Bloomberg reports that building permits rose to their best levels since January, signaling that the market is poised to hold steady during summer despite a dip in housing starts.

Spencer White of Yahoo! Finance highlighted some key data released last week from the Federal Housing Finance Agency—regulator of Fannie and Freddie. White notes that home prices rose 0.4% from March to April 2019, 5.2% from April 2018 to April 2019, with year-over-year growth slowing—April 2017 to April 2018 home price growth was 6.8%.

Jeff Andrews and Patrick Sisson of Curbed were first out of that gate last week to report on the annual report by Harvard’s Joint Center for Housing. The report finds a number of trends—both positive and negative—worth noting for real estate investors:

The trend is particularly worrisome for low-rent housing:

Kelsey Campbell-Dollaghan of Fast Company picks up the following day on several key insights from the report to note. “Rents are rising. Land prices are rising. Homelessness is rising, especially in booming areas like California and Seattle. Crucially, severe weather is increasing, further increasing the cost and scarcity of housing.” Of note, Campbell-Dollaghan points to a rent affordability map to illustrate the point that when compared to household income, rents are rising much faster: 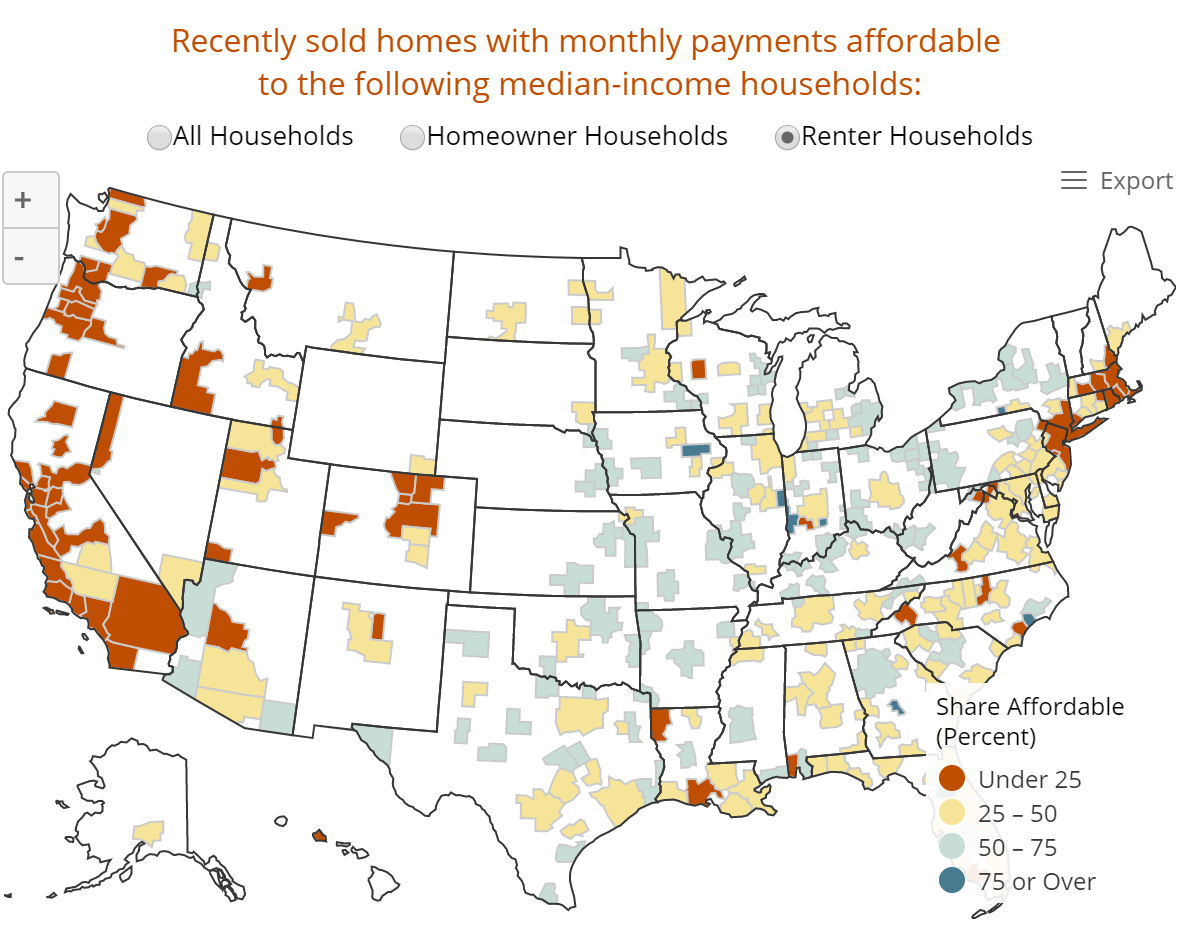 The report notes according to Campbell-Dollaghan that rents are not to blame—it’s wages. Over the past 30 years, the incomes of people who are in the top quarter of earners rose by 38%, whereas those in the lower quarter rose just 2.3%.

Johnathan Lansner of The Mercury News notes some interesting news for those living in the greater L.A. area—people are leaving in droves! L.A. County reportedly suffers nation’s worst population outflow with 98,608 more exits than arrivals as of 2018. Lansner reports that many are cheering this who are tired of overcrowding, however businesses—including real estate investors—view this trend as worrisome.

This news comes amidst other unfortunate housing data for L.A. residents, with Elijah Chiland of Curbed Los Angeles reporting this week that home prices in L.A. County reached a median sale price of $615,000 as of May 2019, an all-time record.

Some negative news also out this week for Miami, with Candace Taylor of The Wall Street Journal reporting that there is an oversupply of condos in the area as it experiences a drop in foreign buyers which in the past have buoyed the market.

Similarly, Taylor reports in a second article that wealthy homeowners are moving out of South Beach: “Brokers say the neighborhood is losing luster with some buyers because of how loud it can be, how dangerous it can be.”

Finally this week, Andrew DiPietro of Forbes uses Zillow data to report on the U.S. cities that are experiencing the most significant cool-down of the summer, focusing on the Seattle and San Jose markets.