The Associated Press reported a few days ago on the Trump Administration’s intentions to end government control of Fannie Mae and Freddie Mac. This has been in the works for a long time, and President Trump has been clear on his intentions to do so.

Richard Wolff is a Professor Emeritus of Economics at the University of Massachusetts, Amherst, and was interviewed about this change on The Real News Network. Wolff notes that “Trump’s plan to re-privatize the mortgage loan companies Freddie Mac and Fannie Mae opens the door to the factors that caused the 2008 financial crisis.” This boils down to the reality that banks have separate interests than bringing the dream of homeownership to Americans, according to Wolff.

Marcy Gordon of USA TODAY reported that the plan would make Fannie and Freddie privately owned, but government-sponsored again. “Their profits would no longer go to the Treasury but would be used to build up their capital bases as a cushion against possible future losses.”

Amy Scott of Marketplace reports that the Senate Banking Committee has scheduled a hearing early next week to discuss ending the conservatorship. Scott reports however that housing finance experts are skeptical that “substantial reform will happen anytime soon.”

That said, Julia Limitone of FOX Business reports that U.S. Treasury Secretary Steven Mnuchin said Monday that “he expects a deal on mortgage finance giants Fannie Mae and Freddie Mac very soon.” Mnuchin further noted that “We expect in the near term we’ll have an agreement where we will allow both Fannie Mae and Freddie Mac to retain their earnings which will be a significant increase in capital and a step in the right direction to us ultimately raising third-party capital.”

John Salustri from Globe St reported this week that the class-A sector across the country is hot, but that rising housing affordability issues remain problematic for the sector. Salustri quotes Jeffery Daniels, SVP at Institutional Property Advisors as saying: “We had record-high absorption in the second quarter of 182,000 units…Plus, there’s a record-low national vacancy rate of around 4.1 percent. The market is tight.”

Julia Falcon of Housingwire reported however that sales of new builds are slowing as we see more and more developers offering luxury amenities. “Developers are seeking more ways to draw in residents…the fact that there’s an amenities war means that the market is cooling at these higher price points.”

Bendix Anderson of the National Real Estate Investor reported this week that more multifamily investors are searching for yield niche plays such as affordable housing and smaller markets. “A growing number of investors are putting their money into higher-yielding property sub-types, including affordable housing and apartment properties in secondary and tertiary markets.”

Julia Falcon of Housingwire also reported this week on the top five multifamily markets for rents as per Yardi Matrix data, with only two major metros making the cut. The data shows that for year-over-year percentage change, Pensacola had a 9% rent increase, followed by Wilmington, Las Vegas, Phoenix, and Boise. 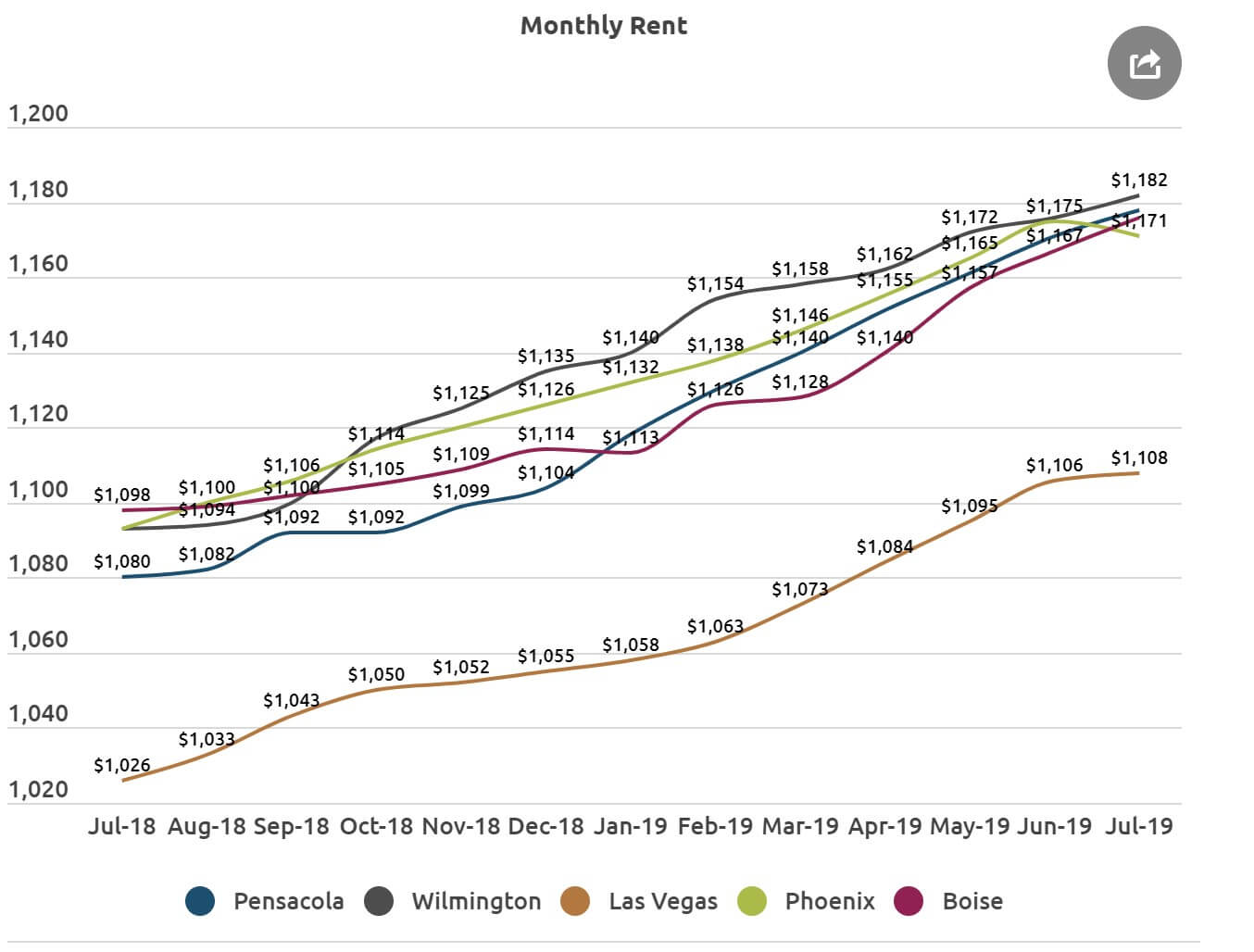 Falcon notes that “these metros have two things in common: a solid job market and steady population growth.”

California housing was all over the news this week, starting with Alexei Koseff of the San Francisco Chronicle reporting that since 2018—when local regulations changed for backyard housing—Santa Rosa has received double the permit applications for backyard housing as it did in the previous decade. 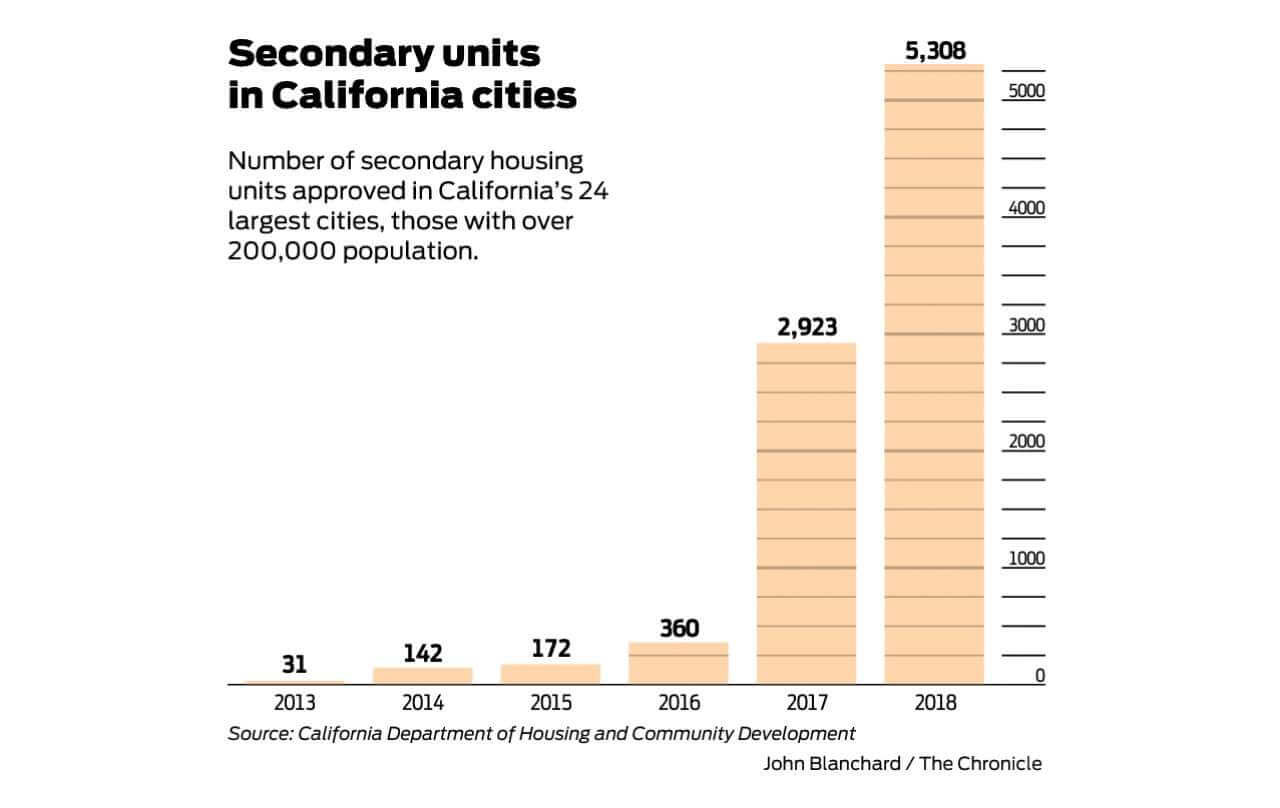 JK Dineen of the San Francisco Chronicle also reported this week that “San Francisco Planning Director John Rahaim, who presided over one of the city’s biggest development booms, will retire at the end of February after 12 years on the job.” Despite Rahaim’s success, Dineen reports that rezoning and intense political battles continue to exacerbate the housing shortage in the region.

Jeff Collins of the Orange County Register also reported that the Housing Crisis Act of 2019 is heading to Gov. Gavin Newsom’s desk. The Bill “would ban population and housing caps in “urban clusters,” ban housing construction moratoriums, forbid density reductions and allow demolition of affordable and rent-controlled housing only if the demolished units are replaced.”

Finally, if you’re an investor in secondary or tertiary markets, you may enjoy the flurry of news recently about the power of smaller cities. Whether it’s Yardi Matrix’s top rent growth cities noted above, or reports from The Wall Street Journal (subscription required) that workers are “fleeing big cities for small ones” amidst a boom in remote working, increasing your renter pool is never a bad thing.

Of particular note is Derek Thompson’s recent Atlantic piece on why major metros are shrinking, where he argues that smaller cities offer similar knowledge-work jobs in a familiar residential aesthetic as major cities. “In the past decade, urban developers, working off the Instagram blueprint, have standardized an MVMP—Minimum Viable Millennial Product—so that the move from Brooklyn to Boise means trading one set of hipster coffee shops, fast-casual joints, and cocktail bars for another set.”