Tracking and updating rental rates is a critical part of managing any real estate business. Keep them too low and you’re leaving money on the table and reducing the value of your investment. Keep them too high and vacancy increases. Check out the latest rent rate trends in RentCafe’s August Apartment Market Report which shows that the national average rent increased by 3.3%, or $47, year-over-year and 0.1% ($2) month-over-month, totaling $1,472 in August. 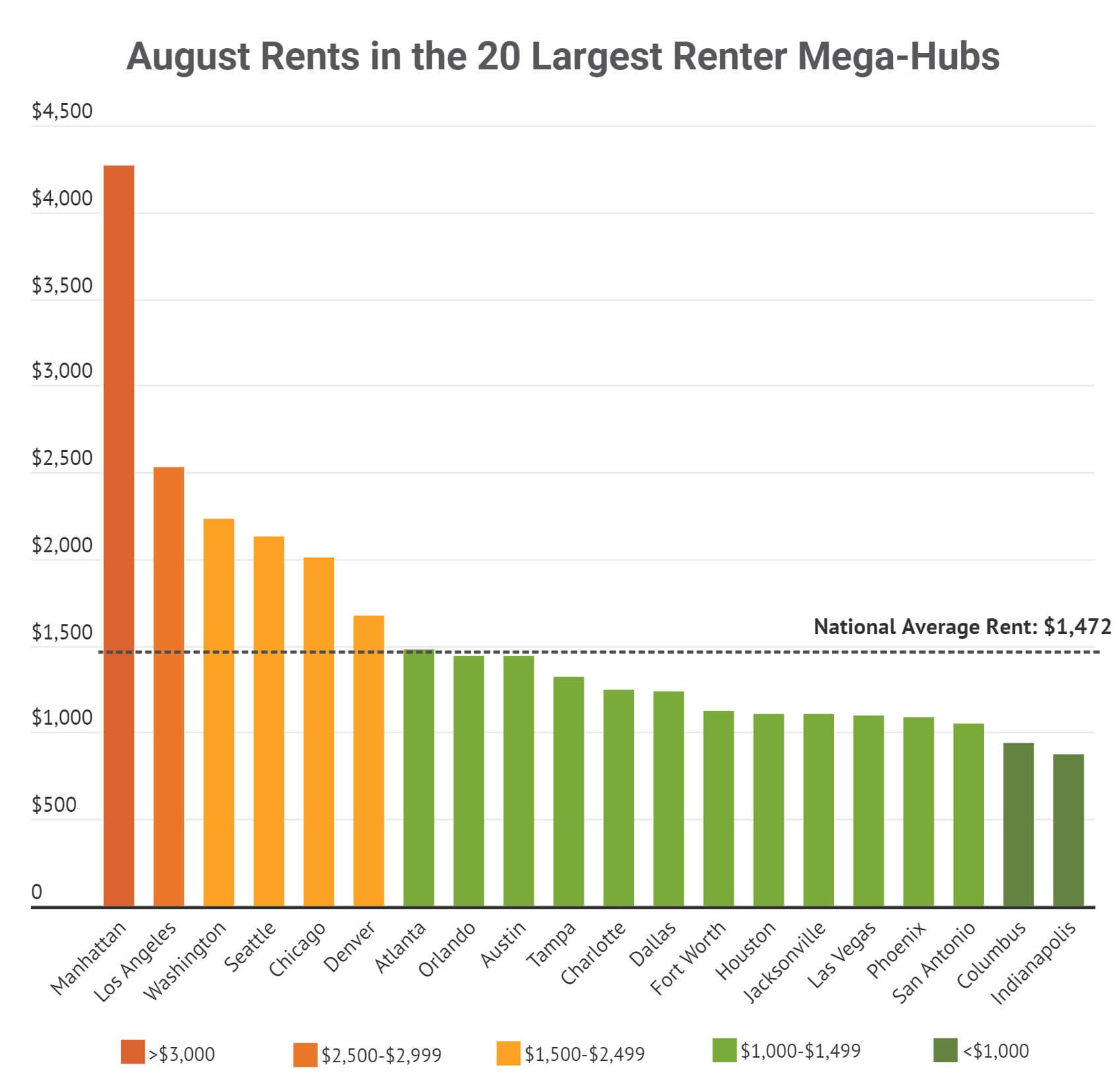 Alcynna Lloyd of Housingwire picks up on this noting that the rent growth is a primary indicator of the strength of the multifamily market in the U.S. That said, Lloyd notes that August “experienced the slowest rate of growth since February. In fact, 97% of the country’s largest 260 cities saw a seasonal wind-down compared to the previous month.”

Skylar Olson at Zillow released the company’s August 2019 Market Report last week. Olson reports that “the median U.S. rent grew 2% year-over-year in August, to $1,595 per month. National rent growth is faster than a year ago, and while 46 of the 50 largest markets are showing deceleration in annual home value growth, annual rent growth is accelerating in 41 of the largest 50 markets.” 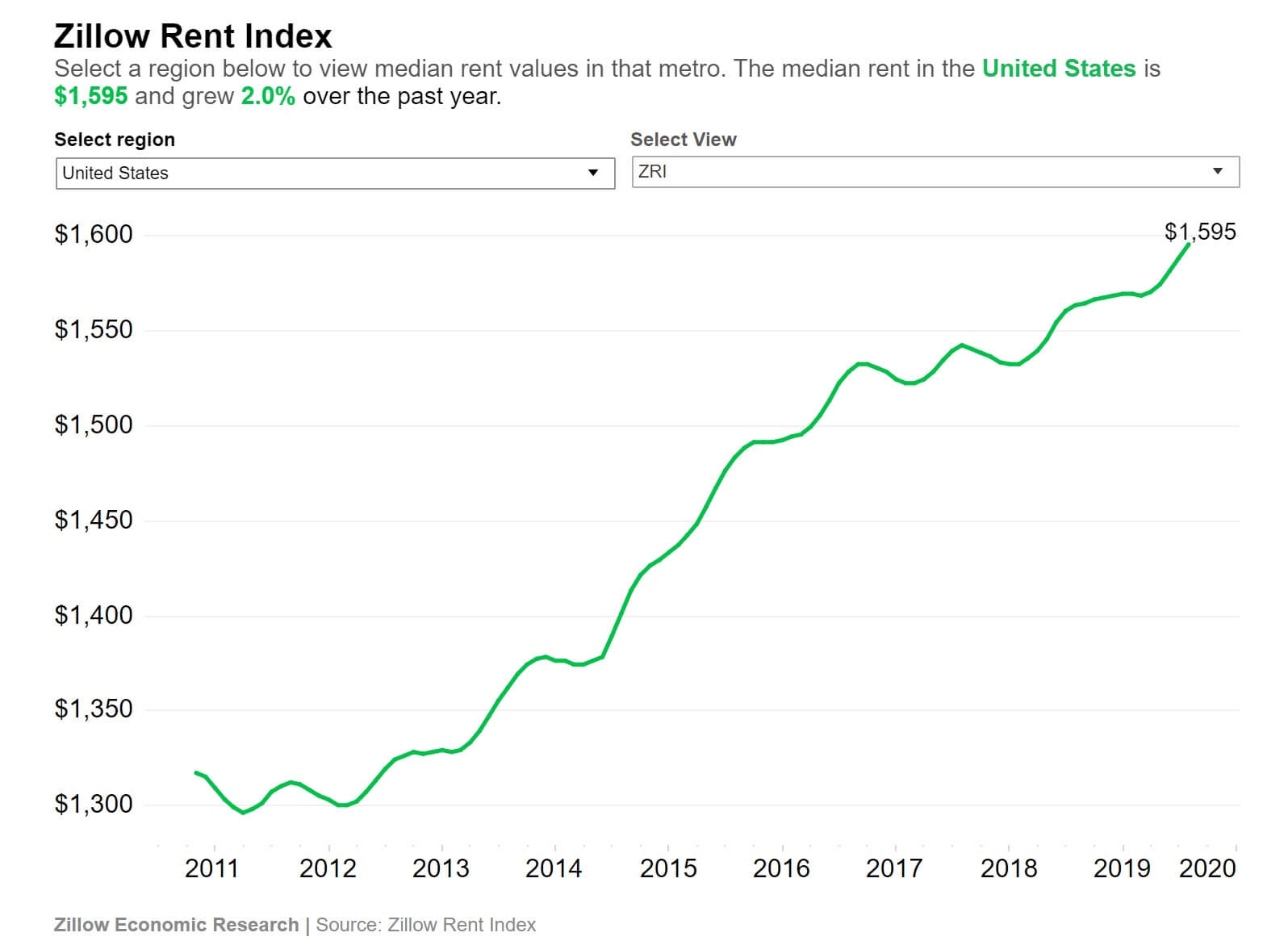 Julia Falcon of Housingwire breaks down ATTOM Data Solutions numbers this week on house flipping, noting that 59,876 single-family homes were flipped in Q2 2019, up 12.4% from the previous quarter, but down 5.2% from 2018. This is caused primarily by national rising home prices, where investors are seeing their home flipping margins squeezed.

Ed Leefeldt of CBS News picks up on the same ATTOM data noting that the ROI of house flipping reached an eight-year low in Q2 of 2019, and while housing prices rose 4% since 2018, home flipping profits fell by 2%.

Diana Olick of CNBC weighs in on the ATTOM data, reporting that “the average gross profit on a flip was $62,700, which then translated into a 39.9% return on investment, after renovation and carrying costs. That is down from a 40.9% gross flipping return in the first quarter of this year and a 44.4% return in the second quarter of 2018.”

R.A. Schuetz of Chron points out that the fastest-growing segment of home flippers are classified as inexperienced based on CoreLogic data: “Small-time investors—people who have purchased 10 homes or fewer over the past two decades—are increasingly flipping homes rather than renting them out.”

In the Tri-State area, Paula Christian of WCPO Cincinnati reports that a federal racketeering lawsuit has been filed against Build Realty—also known as Greenleaf Funding. The company markets itself as a “one-stop-shop for home-flippers looking for help with financing, including rehab costs, without a credit check.” In reality, the company reportedly scammed money out of hundreds of home flippers in the region.

It wouldn’t be a normal week without breaking news out of co-working darling WeWork—and this week was a doozy. Starting with Michael J. de la Merced, Andrew Ross Sorkin, and David Gelles of The New York Times reporting that “some” WeWork board members and investors are privately discussing how they could replace CEO Adam Neuman. According to the NYT authors, “among those now favoring removing the charismatic but sometimes erratic Mr. Neumann is SoftBank.”

This is on the heels of WeWork announcing a postponement in their IPO plans. Further, Ann Saphir of Reuters reported this week that Boston Federal Reserve Bank President Eric Rosengren stated that “the rise in co-working spaces, like those offered by WeWork, may be a source of financial instability that could make the next U.S. recession worse by sparking a run on commercial real estate.”

Moving on to Zillow, Ben Lane of Housingwire reports that they have partnered with almost a dozen homebuilders (full list here) to marry their iBuyer program with traditional new-build purchasing. Specifically, the program makes it so that “Homeowners who want to sell their existing home and buy a newly built home can now do so all in one transaction and wait as long as eight months to move out.”

In a not-so-good story for Zillow, Nat Levy of Geekwire reported this week that IBM has filed a lawsuit against Zillow, accusing it of “piggybacking off its patented technology to build key parts of its home value estimation and search features.”