Laura Davison and Noah Buhayar of Bloomberg reported this week on the new Opportunity Zone guidelines issued by the IRS and Treasury Department. Specifically, Davison and Buhayar report that “The rules allow a more flexible timeline to invest cash, as well as a one-year grace period to sell assets and reinvest the proceeds.” As

Matthew Rothstein of Bisnow reports, last year’s guidelines left operating businesses—retail and restaurants—in the dark. The previous requirement that businesses make 50% or more of revenue from the zone was open-ended for many investments. Among the new rules that have been disclosed, “a qualified opportunity zones business must be located in a zone for at least 90% of the fund’s holding period. A tangible property must be a qualified OZ business property — used in a trade or business of the fund if it was bought after Dec. 31, 2017 — for 90% of the fund’s holding period.” Of note for real estate investors, Jim Tankersley of The New York Times reports some interesting clarifications:

As Keith Larsen reports from The Real Deal, this may create an even bigger rush to Opportunity Zones from investors. “Investors who wanted to receive the maximum tax break would also need to invest by the end of 2019, creating a rush for Opportunity Zone investment.” Indeed, the benefit goes to investors and developers who hold their money in an Opportunity Zone for 10 years or more, allowing them to forgo paying all their capital gains taxes. See the entire 169-page proposal here.

We are seeing an interesting dynamic in the national housing market with home starts bottoming but sentiment high. As Jeff Kearns from Bloomberg reports, home construction unexpectedly fell in March, its slowest pace since May 2017. This shows builders remain wary despite the lower interest rate environment we currently find ourselves in. Residential starts fell 0.3% and permits—a proxy for future construction—dropped 1.7% for March: 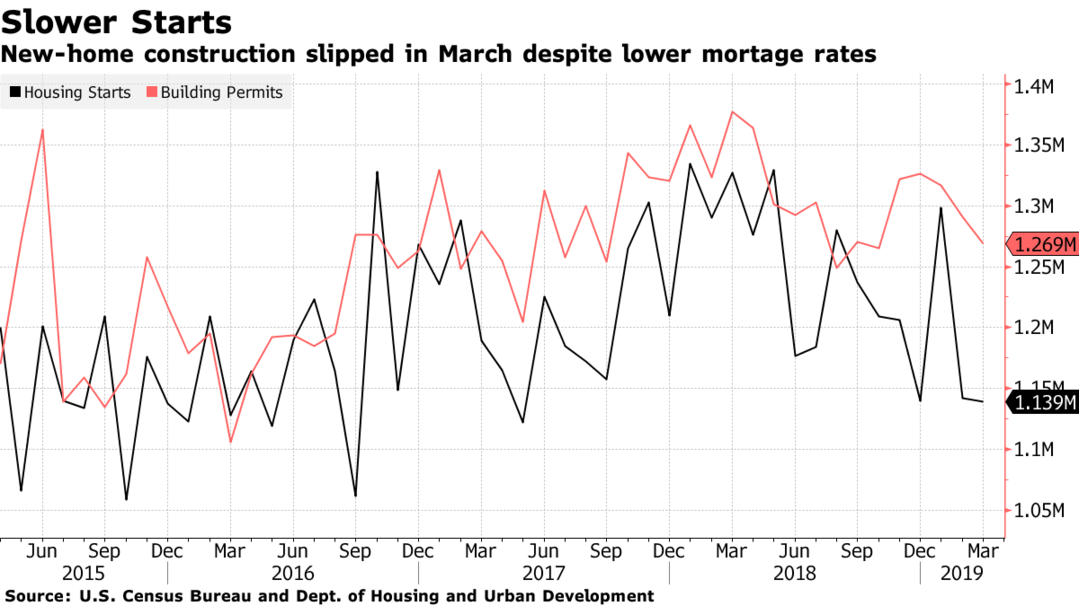 SeekingAlpha provides some insightful analysis on the current slump, noting that “The long leading indicator of new housing construction has now declined to very close to recessionary levels. But it is not likely to decline much further, if at all, and should turn up in a few months if this was not the bottom right now.” Tracking the 30-year fixed rate mortgage average in the U.S., we see that we may have reached the bottom:

Diana Olick of CNBC reports that despite all the above, mortgage applications are currently 7% higher than they were a year ago, and are at their highest level since April 2010. Finally, Katia Dmitrieva of Bloomberg pointed out this week that The National Association of Home Builders/Wells Fargo Housing Market Index shows that “Sentiment among U.S. homebuilders climbed to a six-month high in April, another indication that the housing market is gathering momentum during the crucial spring season.”

A couple of interesting lists came out this week, starting with Minda Zetlin of Inc.com reporting on GOBankingRates data showing several cities “that seem in danger of a housing crash” based on various data points. These include:

Not all is bad however, particularly for Ohio, which featured prominently on Realtor.com’s top performing real estate markets for March, as reported by Bobby Burch of Think Realty: 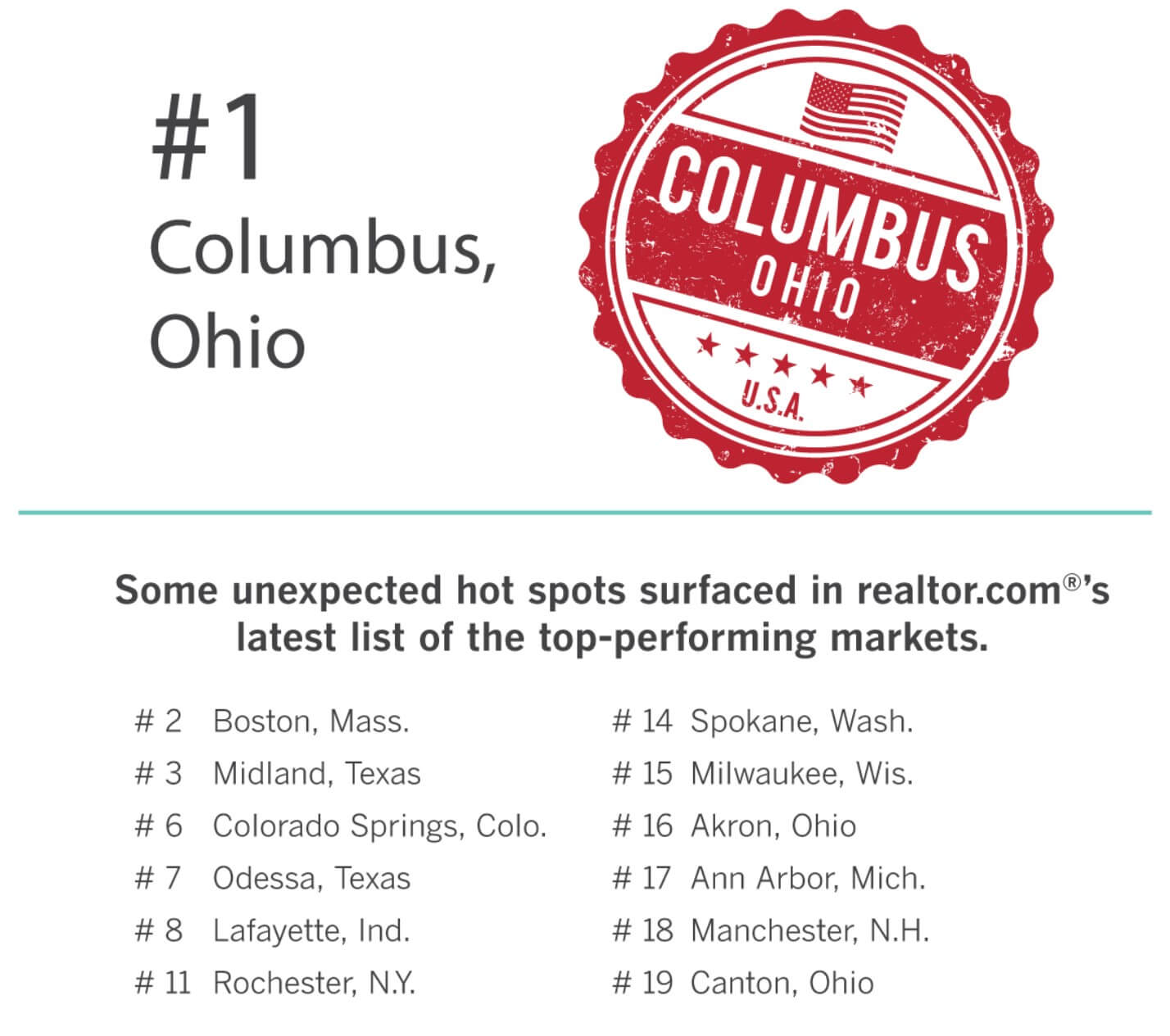 Looking at demographics—as all sophisticated real estate investors should—Darla Mercado and John W. Schoen of CNBC provided some interesting insight into the top 3 real estate markets of interest to retirees. “More than 4 out of 10 people moving to New Mexico cited retirement as a reason…Retirement was also a top reason why people relocated to Florida and Arizona — and why they are fleeing New Jersey.”