A CoreLogic report released late last week made headlines across a number of media outlets, showing that real estate investing is on the rise. Specifically, the report notes that in 2018, investor purchases reached their highest level since 1998. The report also notes that this increase wasn’t the result of larger institutional buyers, but rather small “mom and pop” investors. 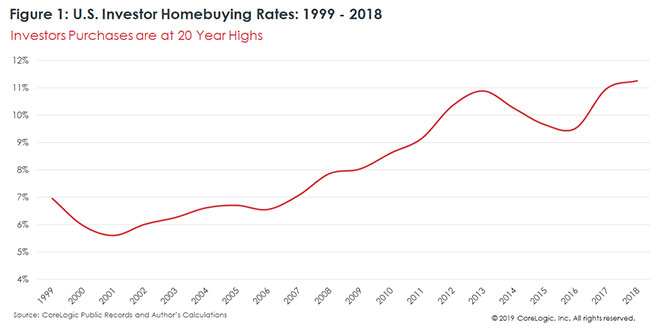 The report continues, “we found small investors – those who purchased 10 homes or less between 1999 and 2018 – have increased their share of homebuying more than large- and medium-sized investors. These so-called “mom-and-pop” investors grew from 48% of all investor-purchased homes in 2013 to more than 60% in 2018.”

The story continues with Ben Casselman from The New York Times reporting this week that the aftermath of the Great Recession saw smaller investors buying over 2 million homes. In a story covering how first-time buyers have to compete with investors when purchasing homes, Casselman notes that in 2018, “investors bought about one in five starter homes in the United States.” In more competitive markets, this number rises to half of all start homes being bought by investors. 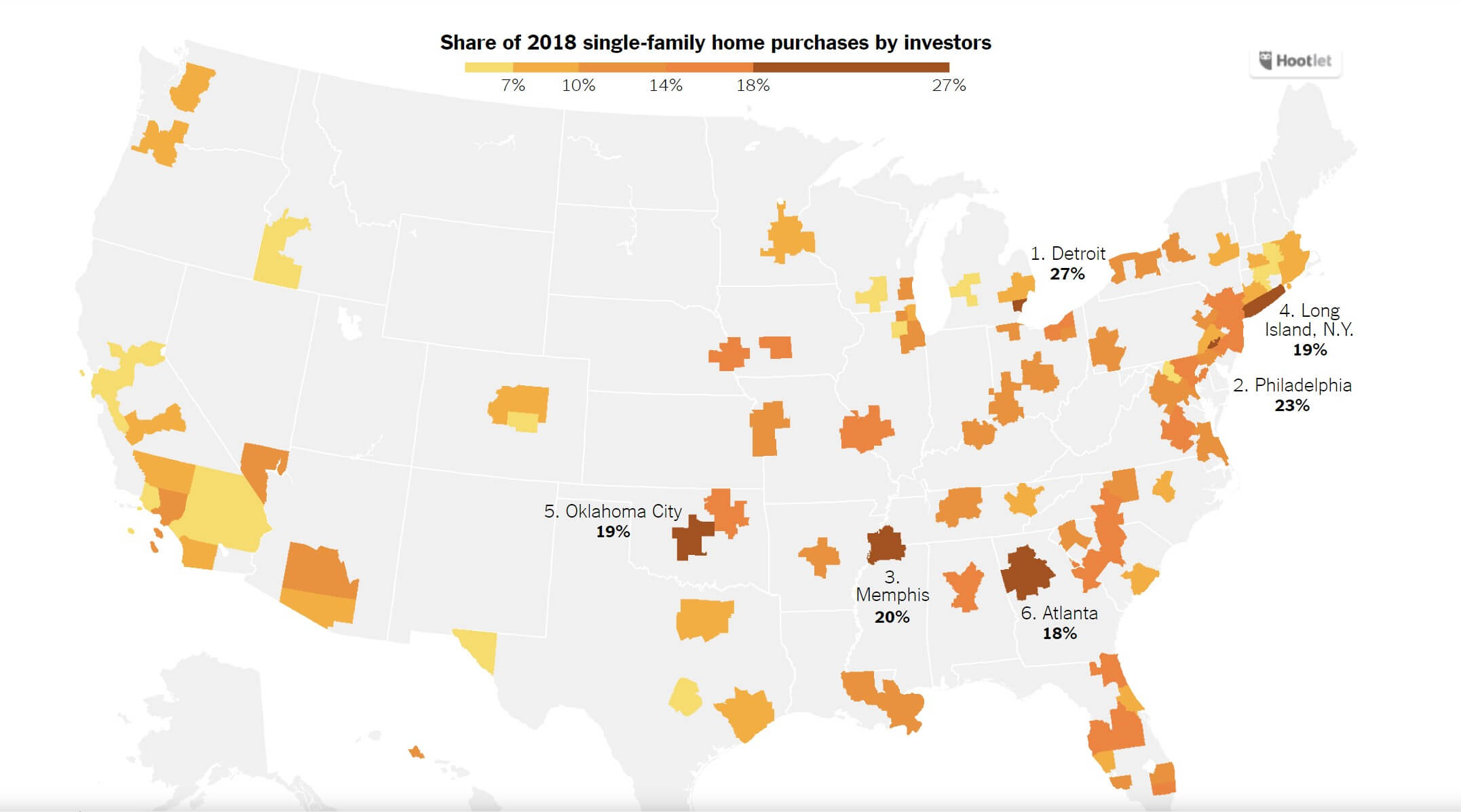 Google made real estate headlines this week with an announcement that they plan to invest $1 billion in a 10-year plan to add thousands of homes to the San Francisco Bay area. Jennifer Elias of CNBC reports that Google plans to give $1 billion to affordable housing efforts in the Bay area, the majority of which will go toward rezoning Google-owned property from commercial use to residential use.

Devin Coldewey from TechCrunch picks up on the story by reporting that $750 million of the funding will repurpose existing Google property to allow for 15,000 new homes “at all income levels.” The remaining $250 million will be invested in “a fund that will provide incentives to enable developers to build at least 5,000 affordable housing units across the market.”

Kevin Kelleher of Fortune reports that Google is pursuing this initiative to help address “the chronic shortage of affordable housing options for long-time middle and low income residents.” Further, Kelleher notes that this announcement came just “one week after a report from Working Partnerships USA that said Google’s expansion in downtown San Jose could cost renters $235 million in higher rents each year.”

WeWork was again in the news this week as it prepares for its IPO, with Konrad Putzier from The Wall Street Journal reporting that the co-working startup is now facing scrutiny over its $34 billion in lease obligations, up from $18 billion in 2017. WeWork has reportedly accumulated significant debt and financial obligations that are concerning potential investors.

Shawn Tuley of Fortune picks up on interesting PropTech news with a report on Sean Dobson, Amherst Holding’s CEO—which owns 16,000 homes—and how the company is adding “1,000 homes a month with the help of artificial intelligence, using data modeling to make dozens of offers a day on potentially profitable houses.” Tuley goes on to discuss Dobson’s proprietary software called Explorer which uses AI to provide 1,400 leads a day.

GuestReady, a short-term rental management company, raised $6 million in a series A round co-led by Russia’s Impulse VC and Dubai-based VentureSouq, according to Miguel Cordon of Tech In Asia. The company turns residential properties into short-term rental units and lists them on websites like Airbnb and HomeAway.

Finally, Shoshanna Solomon from The Times of Israel reportsthat that country has seen a sharp rise in the number of PropTech startups in recent years. “The number of startups operating in the field has jumped 244%; only five years ago, there were just 27.” This comes amidst heightened global interest in the PropTech sector, which has seen $4 billion invested in 2018, compared to $2.8 billion in 2016 and $3.4 billion in 2017.