Freddie Mac reported last week that the 30-year fixed-rate mortgage averaged 2.98%, which is the lowest rate since 1971 when the survey began. “Mortgage rates fell below 3 percent for the first time in 50 years. The drop has led to increased homebuyer demand and, these low rates have been capitalized into asset prices in support of the financial markets,” noted Sam Khater, Freddie Mac’s Chief Economist. “However, the countervailing force for the economy has been the rise in new virus cases which has caused the economic recovery to stagnate, and this economic pause puts many temporary layoffs at risk of ossifying into permanent job losses.” 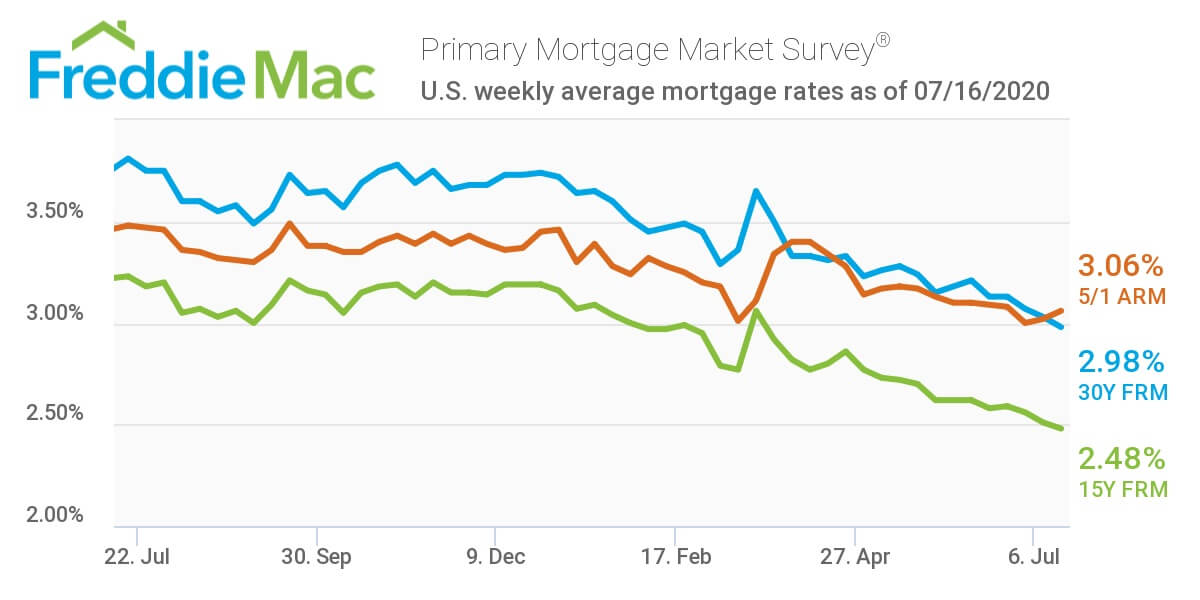 For homebuyers, Danielle Hale, Chief Economist for Realtor.com commented on CNN that “the opportunity created by lower mortgage rates is driving up home buying, and pushing up new mortgage applications from a year ago…Rates that are more than 80 basis points below last year’s level mean financing the typical home is $125 less per month versus the same-priced home at last year’s rates.”

As the supply of housing decreases as do mortgage rates, this puts upward pressure on home prices as well. Lower rates can actually hurt certain segments of buyers. But more on that later.

Orla McCaffrey of The Wall Street Journal (subscription required) notes that the spread between the 10-year treasury and rate on the 30-year mortgage rate has narrowed because lenders now have spare capacity to process applications after a backlog of refinancings. But, because of the gap treasury-rate gap means there is room for rates to fall even farther.

As I’ve noted before, mortgage rates tend to move in sync with the 10-year treasury yield. Prices rise on the treasury, yields fall, as nervous investors buy up these safe-haven treasuries.

According to Matthew Fox of Business Insider, Fannie Mae reported that about 60% of current mortgages have at least a 0.5-point incentive to refinance given the new rates. A low-interest-rate environment has particularly important implications for real estate investors. Here’s more on that.

Couple this with two excellent analysis pieces to round out your current strategy for interest rates: How Low Are Mortgage Rates Right Now? Just Look at the Sky-High Numbers From the ’80s and ’90s, and Mortgage Rates Are Insanely Low.

We’ve got a lot of data to cover today, let’s start with new figures from Alexandra Lee at Zillow. The median price of homes sold in May 2020 rose to $263,408, up 4.6% from May 2019. That said, “May was also the second straight month in which annual growth was slower than the month prior — definitively snapping an almost year-long period of continuous acceleration that began in April 2019 and peaked in March at 5.5%.” 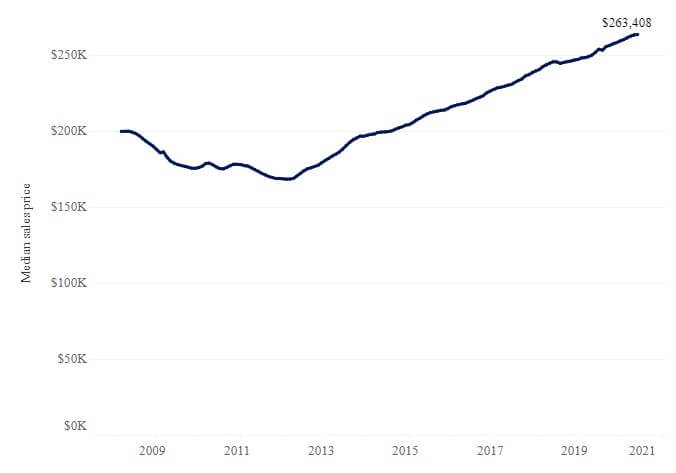 New Redfin data reported on by Tim Ellis shows that buyers continue to outpace sellers in the U.S., leading to rising prices. Reportedly, the national median home price rose 2.8% year-over-year to $311,300 in June. This is an all-time high. 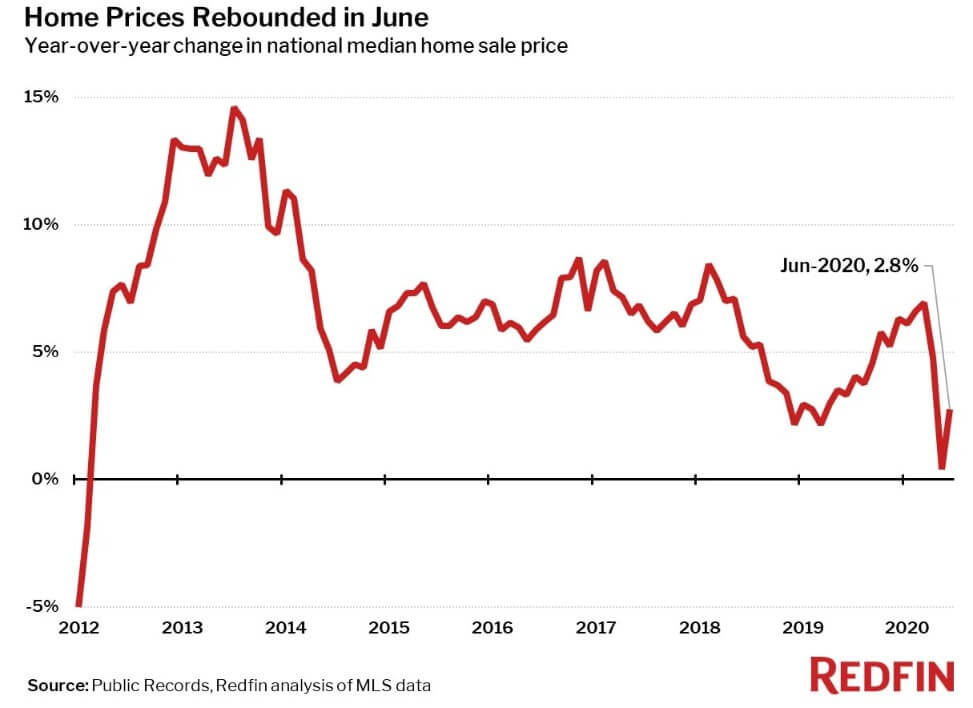 According to Ellis: “Home prices typically peak in June each year before trending down slightly through January, but given the pent-up demand that remains following the spring shutdowns, this year has been anything but typical so far, and it’s possible prices may continue to rise further before 2020 is over.

Of particular note from the Redfin data, is that the seasonally adjusted homes for sale rate was down a full 20% in June 2020, highlighting the huge supply crunch.

Indeed, Javier Vivas of Realtor.com comments on housing supply, noting that “With supply levels low, this backlog of demand portends increased competition and a shift toward a seller’s market…sellers have regained leverage, enabling the fastest price growth recorded this year.”

Finally, Fannie Mae data shows an impressive month for housing starts which try to keep up with demand. 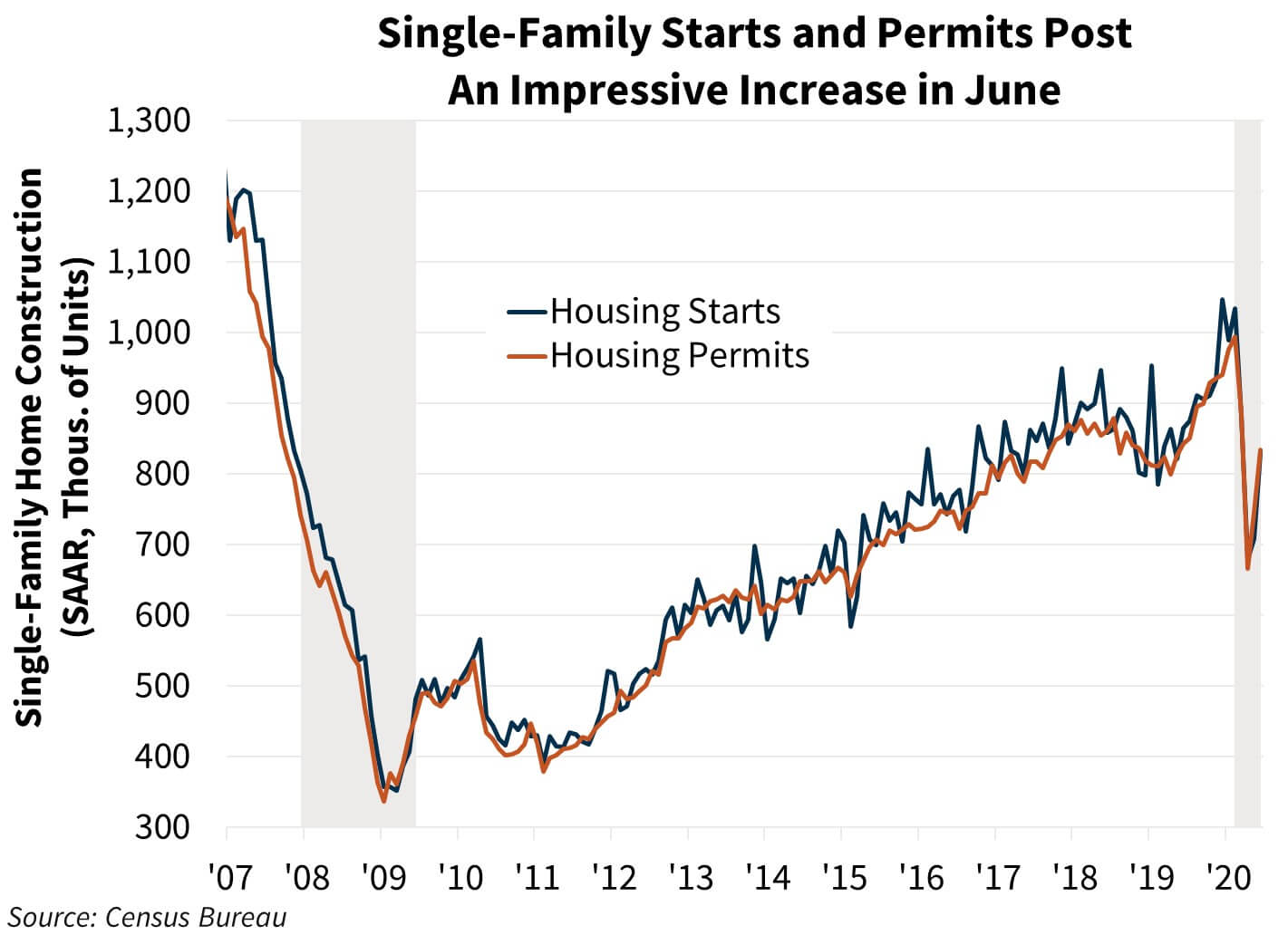 So we have low housing supply, record low interest rates, so what about current loans and foreclosures amidst COVID-19? Well, the picture is a bright one as well.

ATTOM Data Solutions released its Midyear 2020 U.S. Foreclosure Market Report, showing that there “were a total of 165,530 U.S. properties with foreclosure filings — default notices, scheduled auctions or bank repossessions — in the first six months of 2020, down 44 percent from the same time period a year ago and down 54 percent from the same time period two years ago.” Reportedly, Delaware, New Jersey, Illinois had the highest state foreclosure rates in the country. 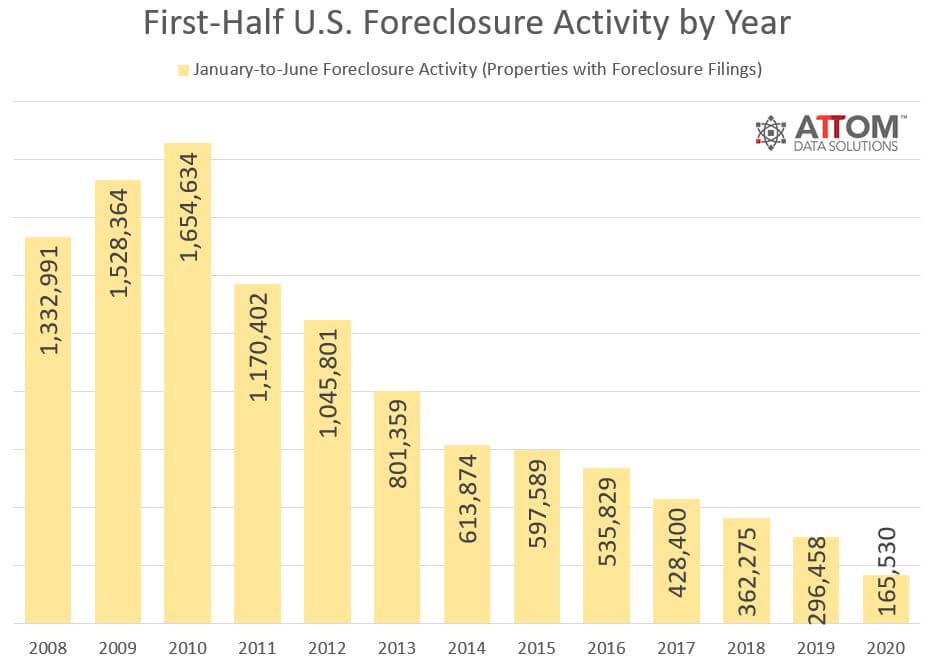 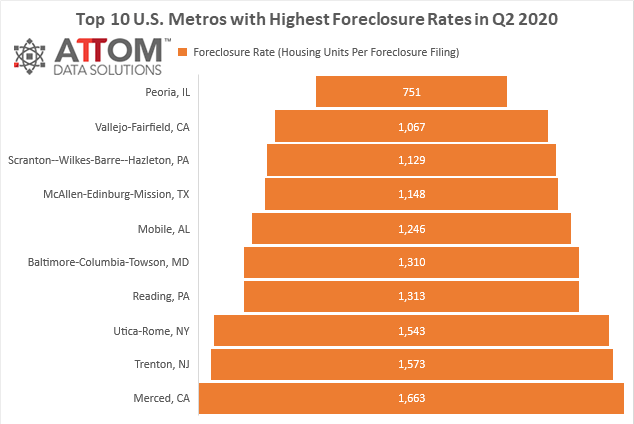 The picture isn’t all positive on the lending side. Expect a pullback in the commercial/multifamily lending space, according to a new forecast from the Mortgage Bankers Association (MBA). “Commercial and multifamily mortgage bankers are expected to close $248 billion of loans backed by income-producing properties in 2020, a 59 percent decline from 2019’s record volume of $601 billion. 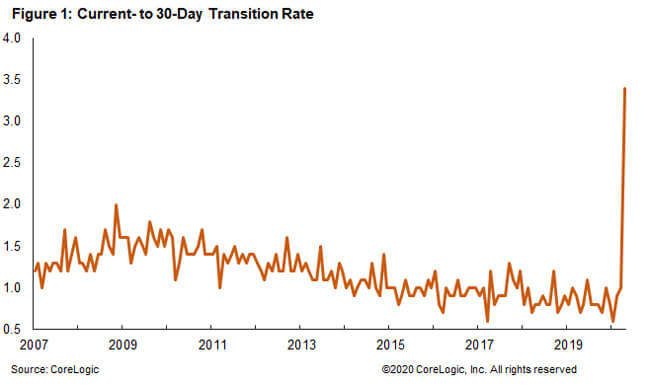