After laying low for a few months, former WeWork CEO Adam Neumann is back in the news with a $30 million investment in Alfred—a startup focusing on concierge services and software for apartment buildings. Think of it as a personal assistant for renters.

The sales pitch sounds a little WeWorky. According to Bloomberg, “In addition to providing services such as dog-walking and rent processing, Alfred works to build community within its apartment buildings by hosting happy hours or educational events such as bread-making.” Bloomberg also notes that Alfred currently operates in over 100,000 apartments and has raised a total of $100 million in VC funding.

According to The Real Deal, “Alfred, with its focus on providing services for residents, shares some elements with WeLive, Neumann’s concept for expanding beyond office space. It was ultimately implemented in only two buildings.” Remember WeLive? I do.

Sara Ashley O’Brien of CNN Business reports that Alfred co-founder Marcela Sapone has compared her company in the past to WeWork directly.

More interesting news from Bloomberg this week with Oshrat Carmiel reporting that sales of commercial and residential properties are down 45% in 2020 in New York City. This represents a drop of $755 million in city and state tax revenues from the same time last year.

Overall, however, the resale market in the rest of the U.S. is on fire, according to a new Zillow report. Here are a few interesting quotes:

It’s all about the inventory… 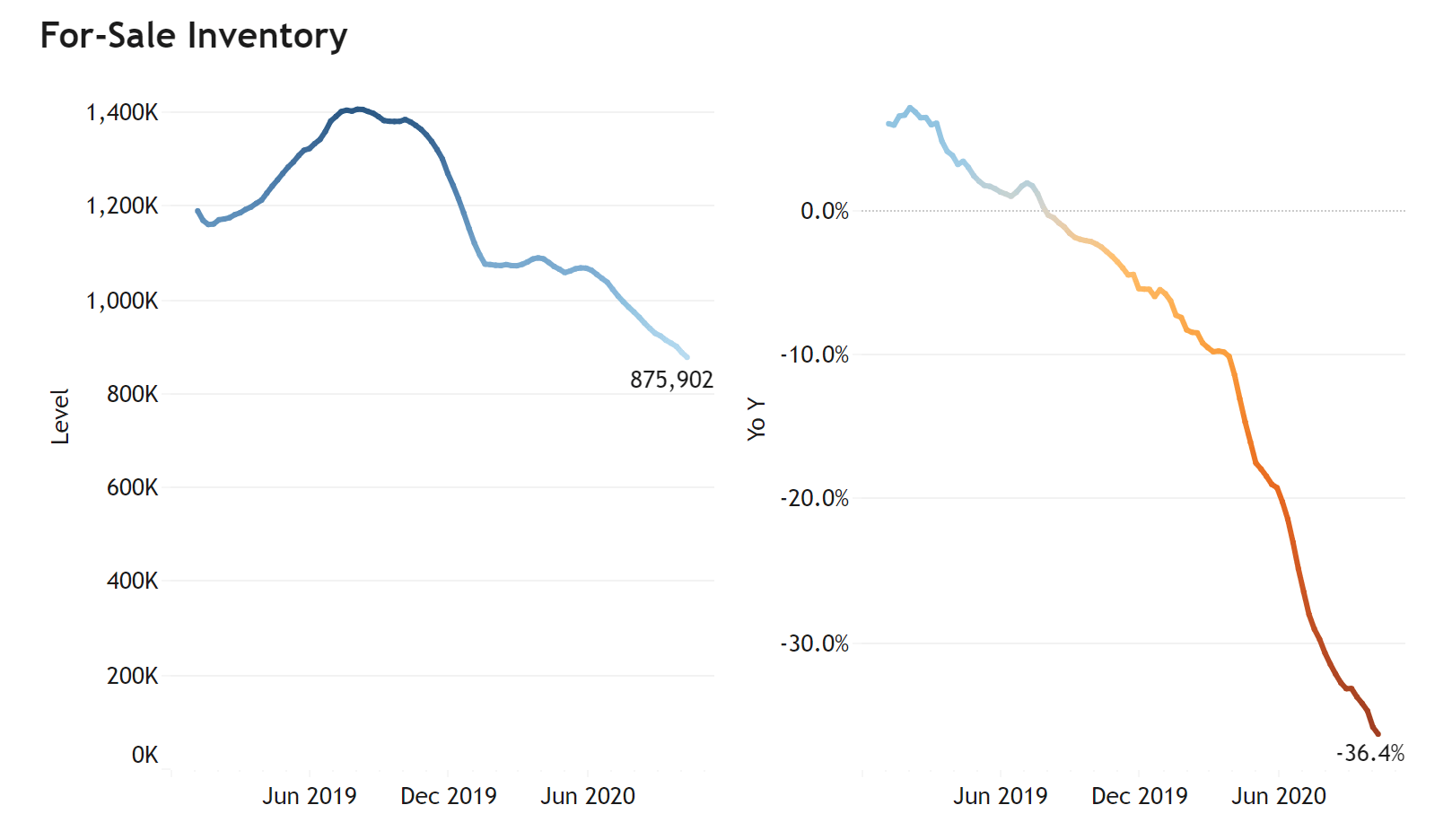 Most importantly, Zillow concludes that “We expect seasonally adjusted home values to increase 2.9% between September and the end of 2020, and rise 7% in the 12 months ending September 2021.”

This is also why I read with interest last week the National Association of Home Builders (NAHB) report that housing demand has outstripped supply by “historical levels.” NAHB Chief Economist Robert Dietz commented on this, noting that “low levels of existing inventory, rising resale prices relative to new construction and strong builder confidence…point to solid levels of home construction in the months ahead.”

Zillow is likely correct, supply and rates are low and demand is high, so prices are likely to be buoyed well into 2021.

It’s rare that I see great analysis of current events and their impact on real estate investors, but Deidre Woollard on The Motley Fool was a pleasant surprise. Woollard discusses the recent Supreme Court nomination, and how the court has a significant impact on real estate. A few examples:

“It was only last year that the U.S. Supreme Court upended years of precedent and decided that property owners have the right to go directly to federal court to argue claims that state and local regulations impede their property rights.”

“In 2012, the late Justice Ruth Bader Ginsburg was the author of the Arkansas Game & Fish Commission v. United States…an opinion which stated that the Takings Clause is meant to protect against all government invasions of private property…Takings Clause refers to a part of the Fifth Amendment which says that the government can only exercise the right of eminent domain under two rules: the first is that the property to be acquired must be for public use and the second is that the owner must be paid fair compensation for the property.”

One forthcoming issue according to Woollard is that SCOTUS will have to deal with the conservancy of Fannie Mae and Freddie Mac.

Judge Amy Coney Barrett has a history of supporting private property rights, as highlighted in a statement from NAHB Chairman Chuck Fowke who wrote in support of Barrett’s nomination.

One final #WFH update worth noting, again from the team over at NAHB, who reported some interesting data last week about expectations to continue working from home. Specifically, of the third of Americans who are currently working from home, a majority of them (61%), believe they will be able to continue #WFH when the vaccine becomes available. 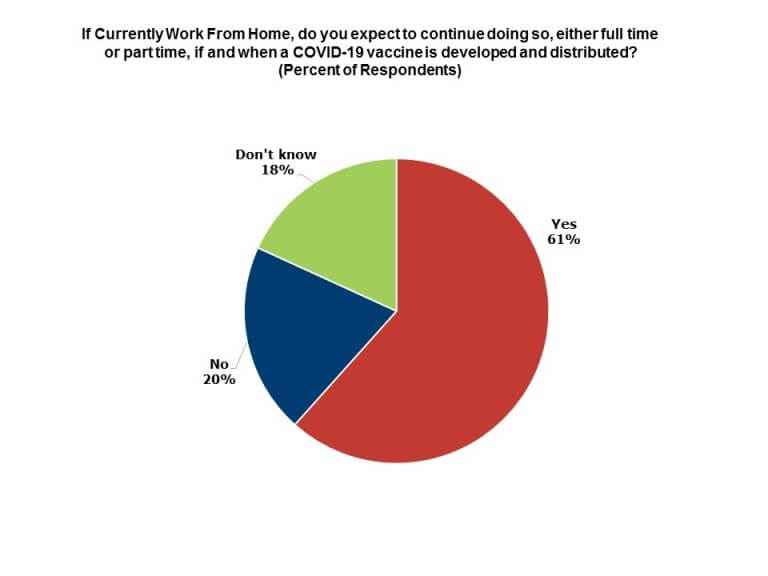