The cost of Trump’s 2017 tax cut to homeowners

It was a week of interesting reports and analysis for real estate investors, starting with a provocative piece from Allan Sloan on ProPublica, concerning the cost of President Trump’s 2017 tax law that removed the mortgage interest deduction. Based on Sloan’s analysis, this benefit removal cost American homeowners just over $1 trillion dollars in lost equity, and reduced home prices across the board by 4%. The biggest losses were in counties in the NJ and NY area. It’s a detailed analysis, so if curious check out the entire report.

A second important report released last week was from LendingTree, who analyzed over 10 million mortgage applications to discover the main reasons would-be borrowers get rejected. Overall, the financial profile of borrowers has improved over the past 10 years, but there are some key findings worth noting: 1 in 10 borrowers get denied, the leading reason for denial was debt-to-income, and incomplete applications were fourth on the list of reasons for denial. Finally, Florida cities took the top spots for denials: Miami, Orlando, Tampa, and Jacksonville were ranked 1 thru 4. 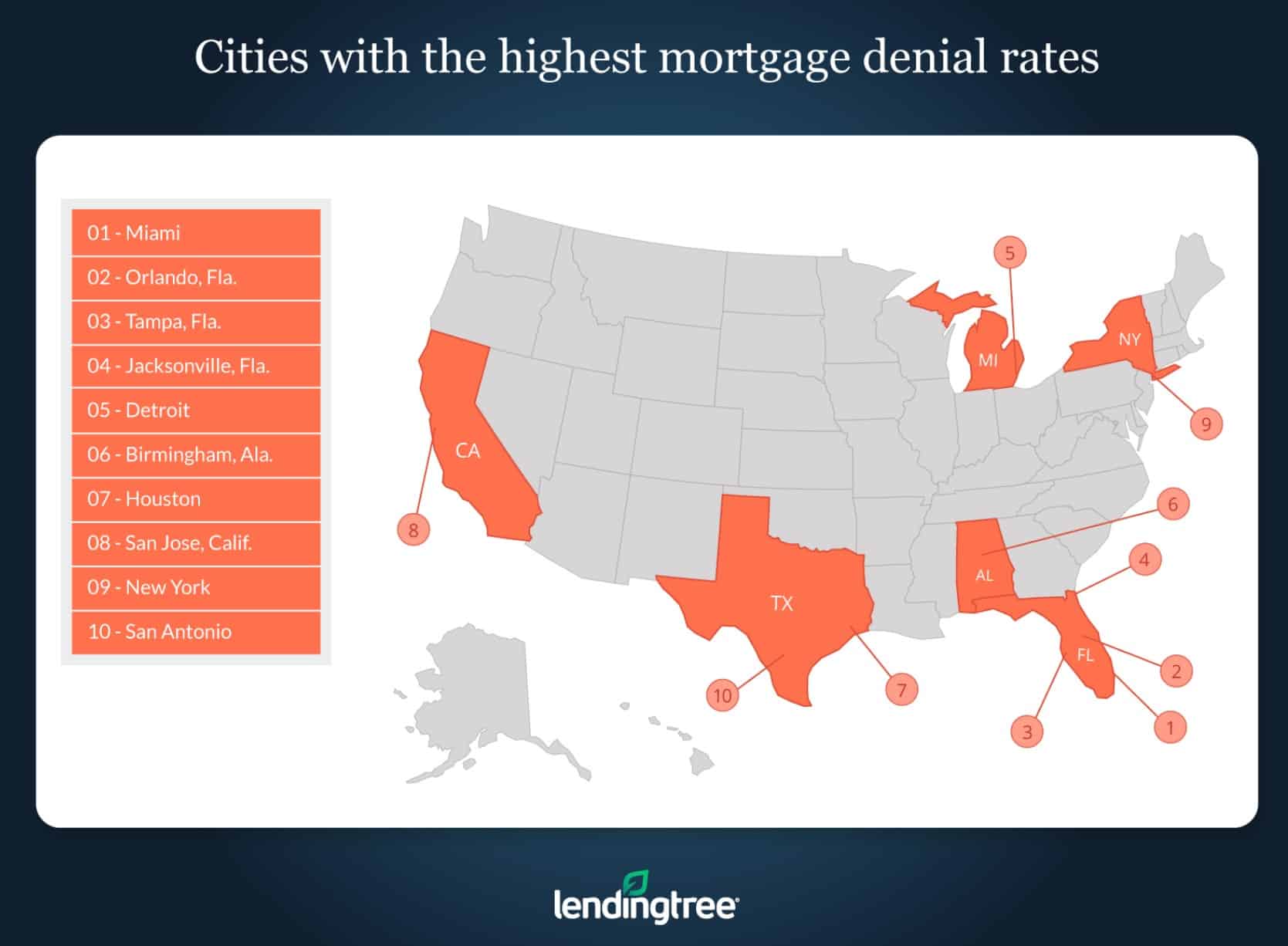 A final report worth discussing is Realtor.com’s September 2019 Monthly Housing Trends Report. Fairly standard for a monthly report, however the report highlights that low mortgage rates are shrinking entry-level housing inventory levels, which are down 2.5% since last year. “The desire for affordability continues to push down the inventory for homes listed for less than $200,000, which fell by 9.8 percent year-over-year in September. Moreover, the inventory of homes priced between $200,000 and $750,000, which had been increasing since April of last year, has finally hit a tipping point in September, showing no growth over the past year, and is expected to decline into October.”

The rise of co-living as affordable housing option

Home affordability has been a popular topic as of late, with co-living entering the discussion as a cheaper housing alternative in expensive markets. Leslie Sargent Eskildsen of The Orange County Register introduces that co-living startup PodShare that offers co-living arrangements in L.A., Venice, Westwood, Hollywood, Los Feliz, and San Francisco. The cost is $50 a night, $250 a week, and $1000 a month.

Reports from The New York Times this week show that even WeWork was considering the co-living model. Matthew Haag, Rebecca Liebson and Andrea Salcedo report that Adam Neumann’s vision for WeLive—a dormitory for working professionals—“has not expanded beyond its first two locations and efforts to open sites in India and Israel have collapsed.” Even its current locations in New York City and Virginia, only have nightly stays available at current hotel sites.

Big news out of the golden state this week, starting with Alexei Koseff of the San Francisco Chronicle reporting that Governor Gavin Newsom signed AB1482, “imposing the first-ever statewide cap on rent increases and requiring landlords to provide a “just cause” when evicting tenants.”

In a second story this week, Koseff reports that Governor Newsom signed a new package of legislation that looks to kick-start construction starts to ultimately ease California’s housing shortage. Specifically, part of the bill “places a five-year moratorium on local policies that make it harder to build in cities without enough housing.”

Liam Dillon of the Los Angeles Times picks up on this story, noting that “once the most recent laws take effect Jan. 1, cities and counties will generally only be able to prohibit the construction of accessory dwellings for health and safety reasons, including on properties at high risk of wildfires.”

Bringing it back to the issue of affordable housing, Fast Company’s Adele Peters introduces readers to the new Nest LivingHome toolkit, created by the Amazon-backed modular housing startup Plant Prefab. “The first organization to use the kit will be a nonprofit in Santa Monica that currently has a waiting list of 8,000 people looking for affordable housing.”