Housing has been on a tear for the last couple of years. That said, urban real estate in traditionally expensive markets are looking shaky since the pandemic began. Dan Runkevicius of Forbes believes that the current housing boom will continue until we fix the supply issue. 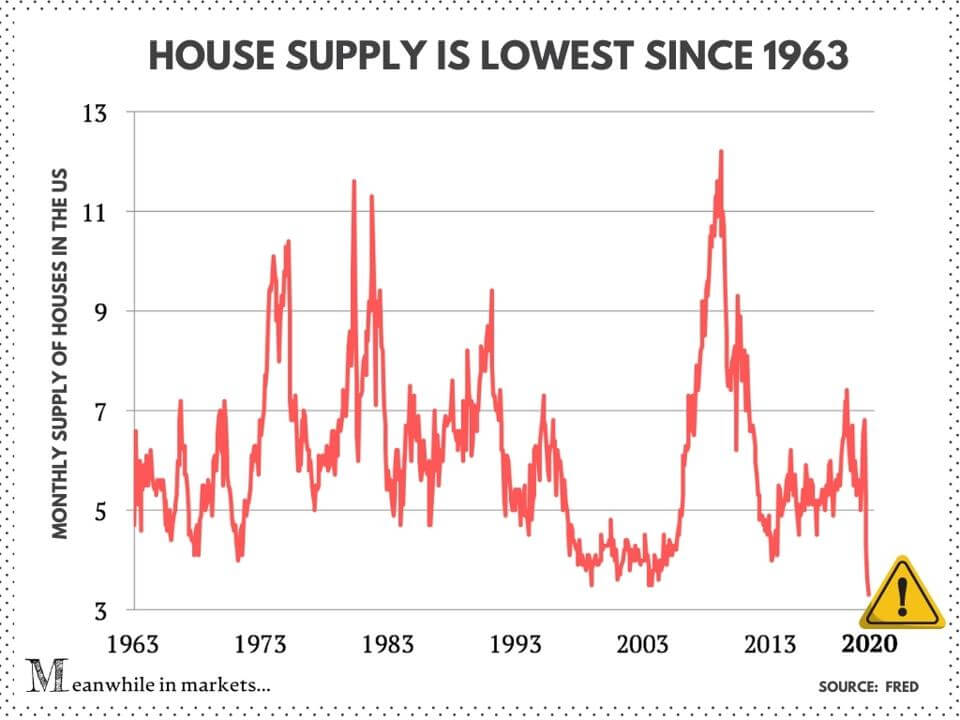 As you can see, the U.S. is experiencing the biggest housing shortage in modern history. According to Runkevicius, “You could sell all the houses in just under two months. That’s 6X quicker than at the height of the 2008 housing boom.” It’s estimated that builders would need to construct more than 1.5 million new houses a year in order for the supply shortage to not get worse. Let alone stabilize or improve!

According to Chris Arnold of NPR, the current housing boom is breaking all kinds of records, particularly for homes priced $1 million or more, highlighting a growing gap between the haves and have-nots. 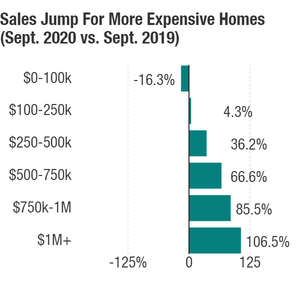 So what about the bubble talk folks? Where are they? Logan Mohtashami of Housing Wire reported last week that the ‘bubble boys’ have been silenced: “Here we are in 2020 entering into the best housing demographic patch ever recorded in U.S. history. We have ‘built-in’ replacement buyers at a time [when] mortgage rates are low and are likely to remain so during the next five-year period. One might say this is a perfect storm for housing to outperform other economic sectors for years to come.” It’s all about supply:

Mohtashami continues, “So, don’t get too bearish if you see a housing data rate of growth slow down in the upcoming months. This has been a common failure by housing bubble boys for many years.”

We had some great news for some local markets this past week, with reports highlighting some of the healthier ones nationwide. Using occupancy growth rates, Mynd Management named the 20 healthiest rental housing markets in the U.S. These markets had the highest increase in occupancy since 2019, here are the top 10:

Lily Katz of Redfin reported new data from that platform highlighting that bidding wars nationwide are slowing and that Tampa, FL had the lowest rate of competition than any other metro. “Salt Lake City had the highest bidding-war rate, with 81.1% of Redfin offers encountering competition. In second place was San Diego, at 69.1%, followed by San Francisco/San Jose, at 67.4%.” 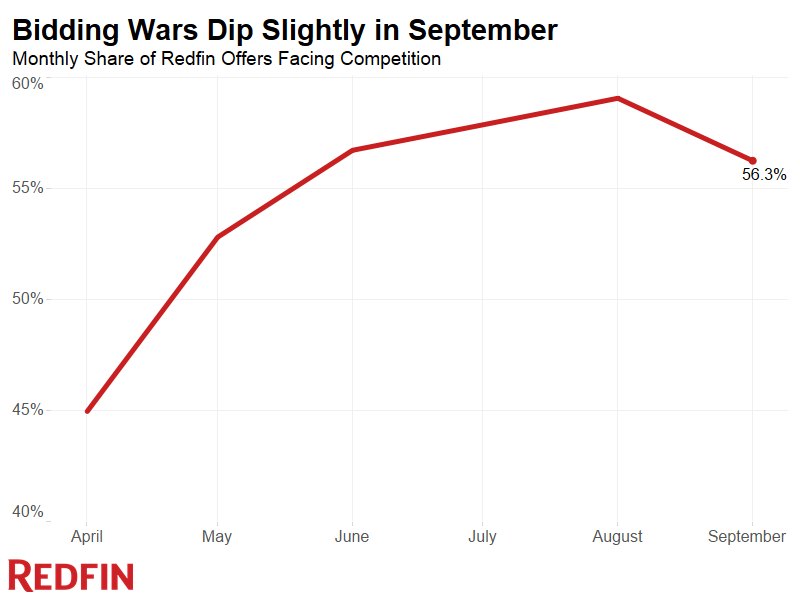 We had some interesting local news to round out this past week, starting with NYC and reporting about the ongoing struggles of Manhattan. Natalie Campisi of Forbes reports that as supply is tight around the U.S., Manhattan saw real estate listings shoot up 22% year-over-year during October.

Further, according to the recent Real Estate Board of New York (REBNY) Q3 2020 Quarterly Real Estate Broker Confidence Index, the real estate broker confidence index is a 3 out of 10. According to REBNY, this is a 47% drop year-over-year and is the lowest confidence level ever recorded.

Moving to the other side of the country, Kellie Hwang of the San Francisco Chronicle (subscription required) reports that that city took the top spot on a list of U.S. cities where renters can find the best rental deals. Indeed, rents in the city have plummeted 20% year-over-year. Further, 5% of San Francisco rental listings offer “move-in specials.”

In an excellent Vanity Fair article, Nick Bilton writes about the existential threat facing the Bay area: “Tech Workers Are Never Going Back to the Office”: The Pandemic Housing-Market Explosion Could Upend Silicon Valley as We Know It. This is an impressive piece.

Finally, the Visual Capitalist put together an eye-straining interactive chart that compiles two decades of housing data for every U.S. metropolitan area.