Invitation Homes, the country’s largest single-family home rental owner, on Wednesday announced a joint venture with Rockpoint Group that will add $1 billion to the ongoing acquisition budget. According to Ryan Dezember of The Wall Street Journal (subscription required), this is enough cash to buy about 3,500 more homes. As you may know, Invitation Homes already owns 80,000 houses and has been spending about $200 million quarterly on new acquisitions.

These types of big moves are to be expected, according to Patrick Clark and Noah Buhayar of Bloomberg. “With the pandemic driving demand for larger living spaces, institutional investors are pouring money into single-family rentals. In addition to buying houses on the open market, they’re bankrolling subdivisions — inventing a new kind of suburban living that’s easier to afford, but where the financial benefits of homeownership go to Wall Street firms.”

Keep in mind that mom-and-pop investors like ourselves are still the large majority of owners of single-family home rentals, with institutional investors only currently occupying 2% of the market.

For an excellent commentary on the current state of institutional money and single-family homes, read Wolf Street’s new analysis titled, The Big Boys Are Back: Financializing Single-Family Houses.

More work from home (WFH) news to add to the 2020 time capsule. Microsoft announced last week a “hybrid workforce” model that will allow employees to WFH for 50% or less of their workweek. According to The Real Deal, Microsoft “employees give up their office space if they choose to work remotely, but may use available Microsoft space whenever needed.”

Did I mention that home office space will be more important than ever in the coming years?

According to Ken Tarbous of Newsweek, this latest WFH announcement could devastate some communities where Microsoft is an anchor tenant. “The area surrounding the corporate headquarters, like others across the country where employers are adopting permanent remote work, may see business closures and job losses.” Microsoft has its corporate headquarters in Redmond, Washington as well as 97,867 employees in the U.S., half of which are in the Seattle area.

According to GeekWire, Microsoft’s new WFH policy will see compensation and benefits changing depending on the company’s own geopay scale and where the employee chooses to relocate.

Fitch Ratings last week announced that remote working “is reducing the importance of proximity to offices and causing migration from urban to suburban and exurban areas…However, Fitch said it expects a large number of people working from home will do so on a part-time basis over the long term, so proximity to employment will remain an important factor in where people live.”

According to a new poll from Gallup, the preference for remote work has remained relatively stable over the past few months. 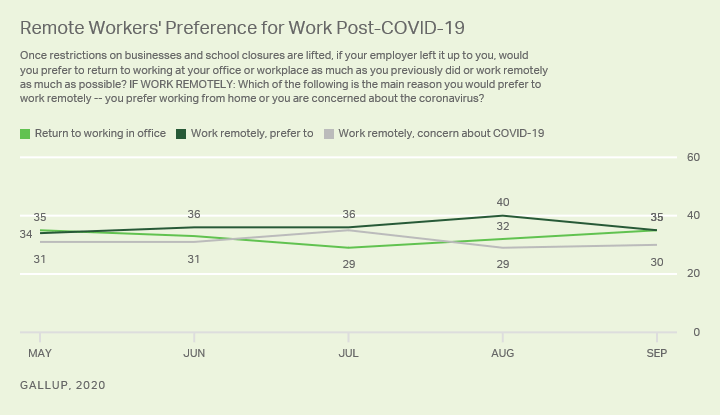 It’s about even as to the workers who want to continue working remotely versus work in an office.

This news comes amidst other major tech players such as Facebook, Twitter, Shopify, and others, moving more toward a remote workforce. That said, in an interesting CNBC article, Netflix Co-Chief Executive Reed Hastings speaks about the downsides of remote working as his company moves to lease more office space. Same for Amazon.

No one is being hit harder by the move away from major urban centers and remote work than the Bay area. Roland Li of the San Francisco Chronicle (subscription required) report on the city’s weakest tax collection numbers in the entire state, a 20% drop in rents, and surging office vacancies. 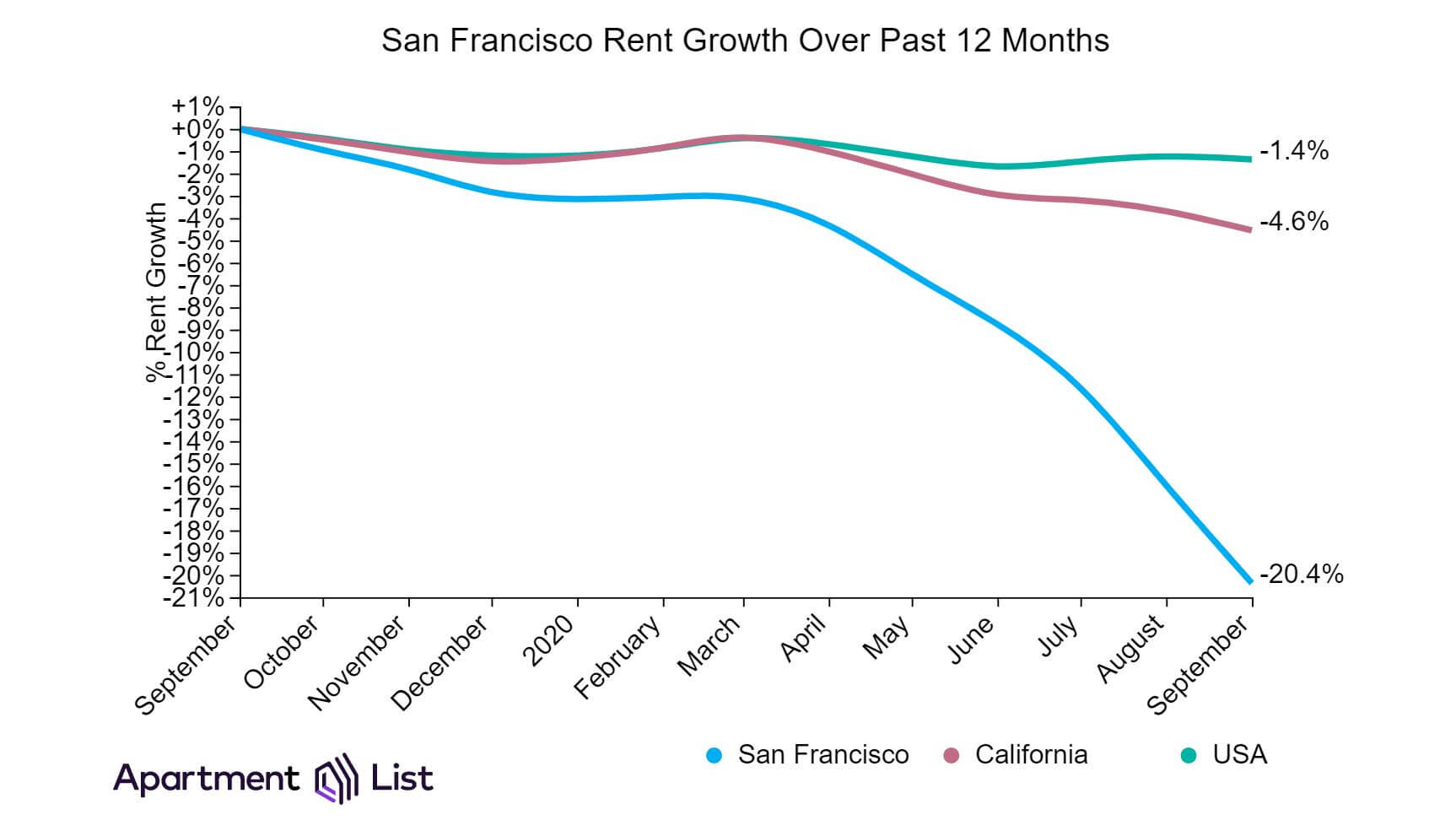 Sarah Stinson of Kron4 News reports on the “no fault” eviction ban passed in the city last week. When a landlord wants to move into a rental, conduct renovations, or demolish the building altogether, they would typically rely on a “no fault” eviction to get the tenants out of the rental. Not anymore.

Diana Olick of CNBC reports on the Denver market, noting that it is now one of the hottest in the country:

In September, Denver had a record-low number of homes for sale, not by a little, but by nearly half.

Homes are getting snapped up quickly, with the median days on the market falling to a record six from the previous record low of nine in September 2015 and 2016. 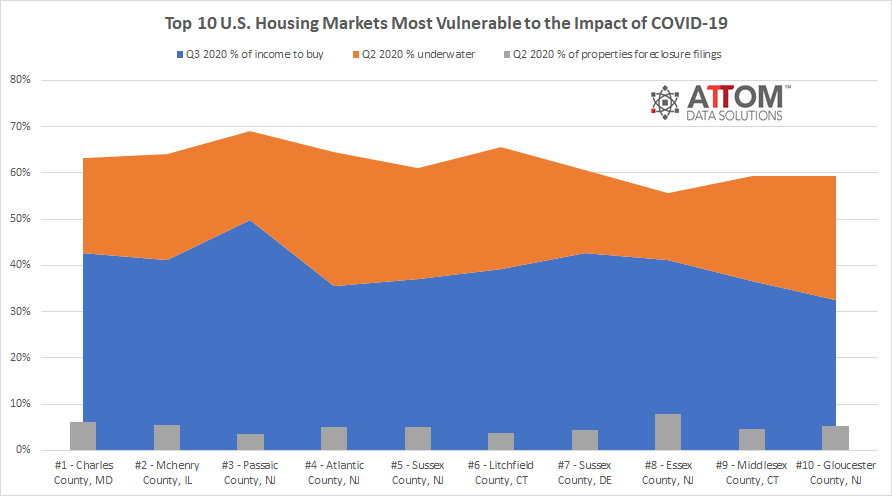