The big news from last week was the Centers for Disease Control and Prevention (CDC) Director Dr. Robert Redfield signing a declaration stating that the evictions of tenants could be detrimental to public health control measures to slow the spread of COVID-19. This applies to all renters and landlords in the U.S.

In it, the CDC “announces the issuance of an Order under Section 361 of the Public Health Service Act to temporarily halt residential evictions to prevent the further spread of COVID-19.” Here are some key points from the order: 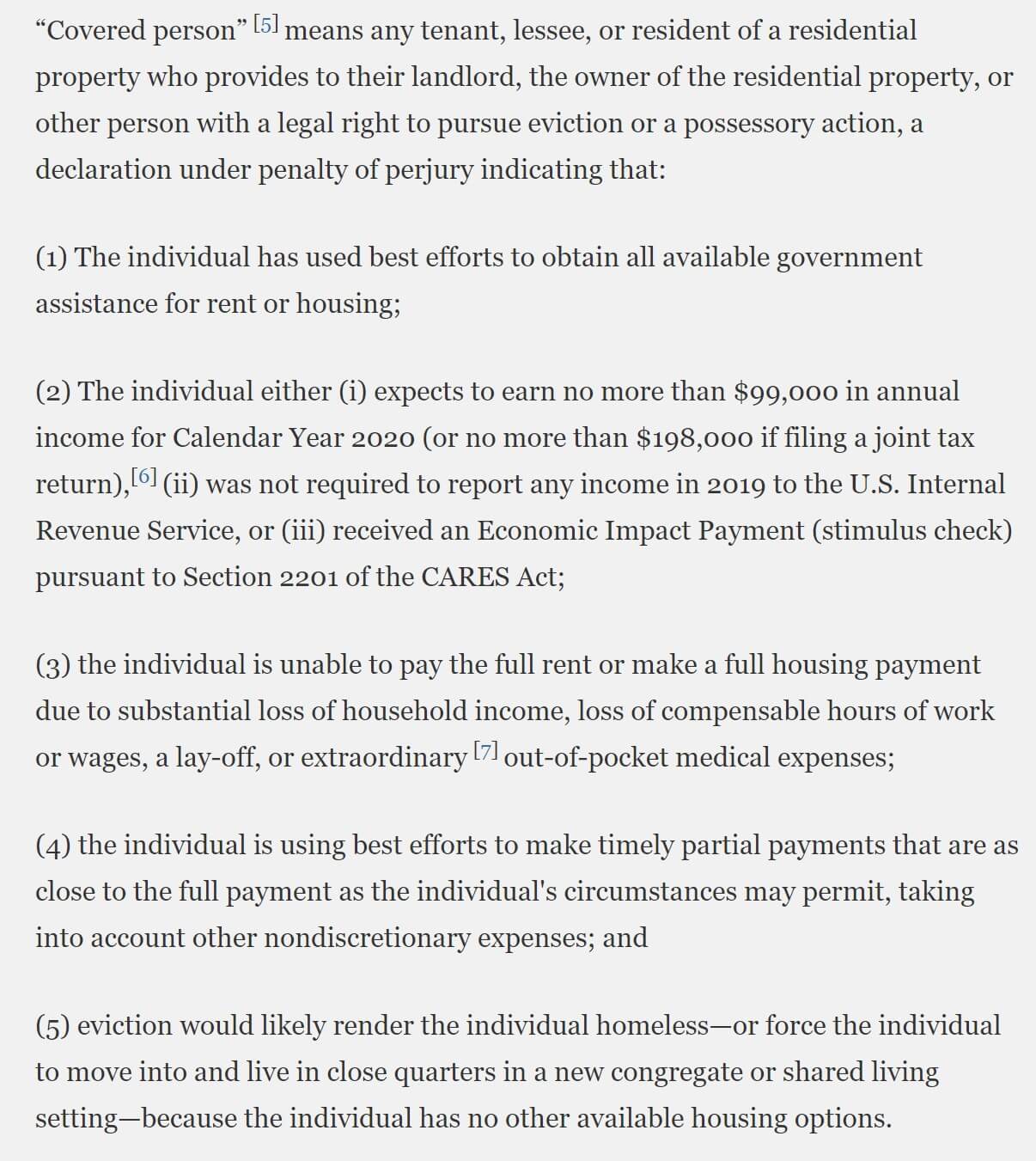 According to the CDC, “To invoke the order these persons must provide an executed copy of the Declaration form (or a similar declaration under penalty of perjury) to their landlord.

For more information, you can review the Declaration form here.

According to CNN’s Nikki Carvajal, “senior administration officials say renters will have to prove a number of things before qualifying, and will still have to pay back any missed rent payments.”

Aric Jenkins of Fortune reports on the CDC move, noting that landlords who violate the order could be subject to a fine of no more than $100,000, but that they can still collect some rent as outlined under fourth provision above. If there are late payment fees or interest provisions in your lease, this order does not prevent landlords from collecting those still.

We don’t discuss this real estate asset class much here, but this week there was a flurry of interesting reporting on mobile home parks. Starting with Patrick Clark of Bloomberg reporting on a new JLL report, which shows investors are turning to SFHs, warehouses, and mobile home parks as top investment choices.

According to Clark, over $800 million worth of mobile parks changed hands in Q2 2020, a 23% jump from Q2 2019. Interestingly (but unsurprisingly), during the same Q2 2020 period, total commercial property purchases dropped 68%.

According to The Business Times which cites the same report, institutional investors accounted for 28% of mobile home park acquisitions, which the highest level since JLL began tracking in 2010. Valuations of mobile home parks also increased by 26% since Q2 2019.

According to Clark above, JLL noted that “The parks are attracting new interest while Covid-19 hammers prospects for hotels, shopping malls and other commercial-property types. Institutions are also drawn to opportunity to consolidate and upgrade assets owned by smaller investors,”

Amazon announced last week that they are doubling down on their urban office in Bellevue by adding 10,000 more jobs. Taylor Soper of GeekWire reported that Amazon committed to two more million square feet of office space in downtown Bellevue by signing two new leases, in addition to the new staff. Construction on these new buildings is expected to be finished in 2023. Here’s a rendering of one of the new office towers: 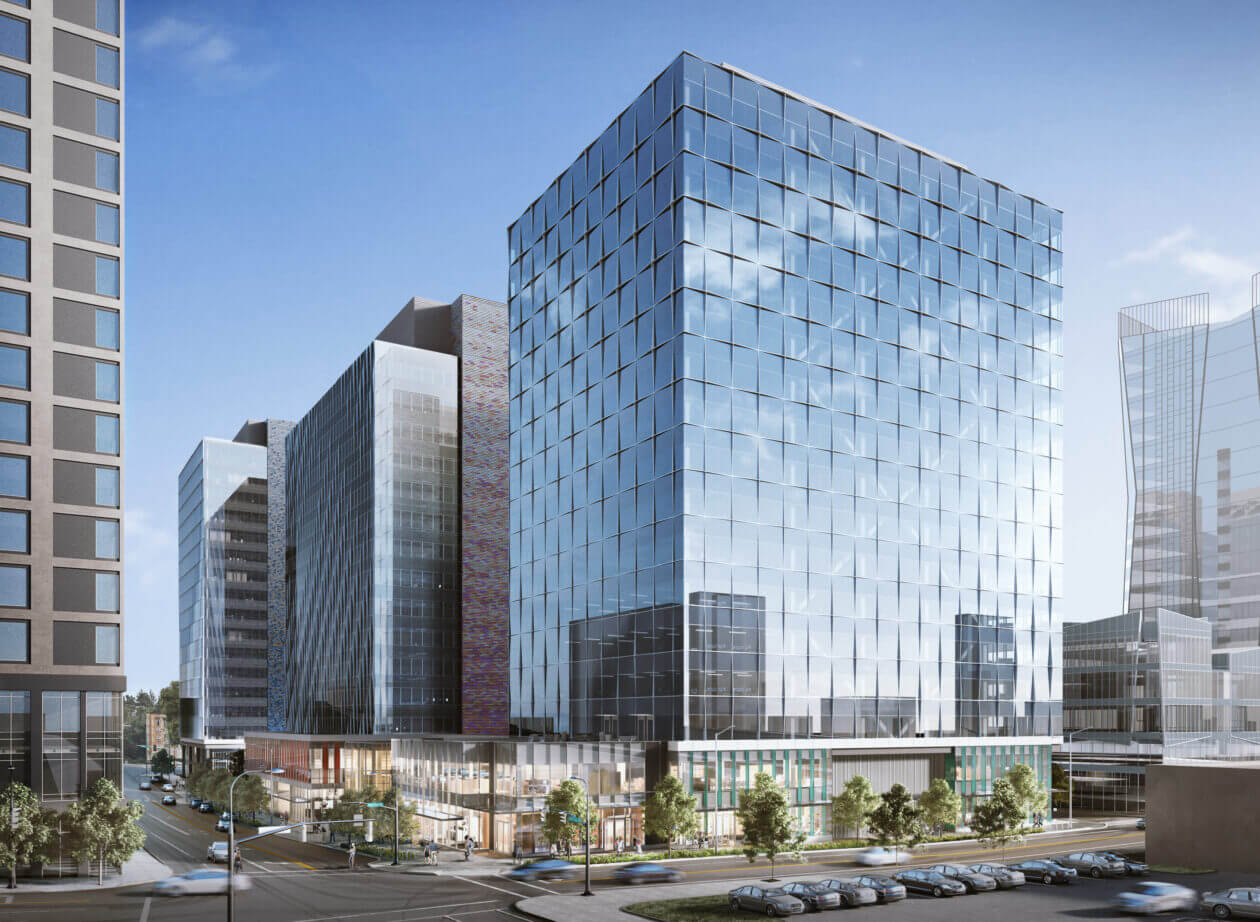 Annie Palmer of CNBC reports on Amazon’s move, noting that this additional staffing increase is in addition to the already planned 15,000 employees Amazon announced last year it was adding to their workforce. Amazon now has 876,000 employees across the globe.

Nicholas Rizzi of Commercial Observer reported on another move by Amazon in NYC last week. “Amazon will open a 2,000-person office at the former Lord & Taylor flagship on Fifth Avenue…[which] is part of Amazon’s plans to spend more than $1.4 billion to create 3,500 new tech and corporate jobs in New York, Dallas, Detroit, Denver, Phoenix and San Diego.”

The Amazon news is intriguing amidst the backdrop of continued work from home and remote work movements from most employers. Using 9 different metrics, the National Association of Realtors (NAR) released last week their top counties with the highest ‘work from home’ score. Factors included the number of broadband providers, type of employment, property value compared to incomes, and much more. 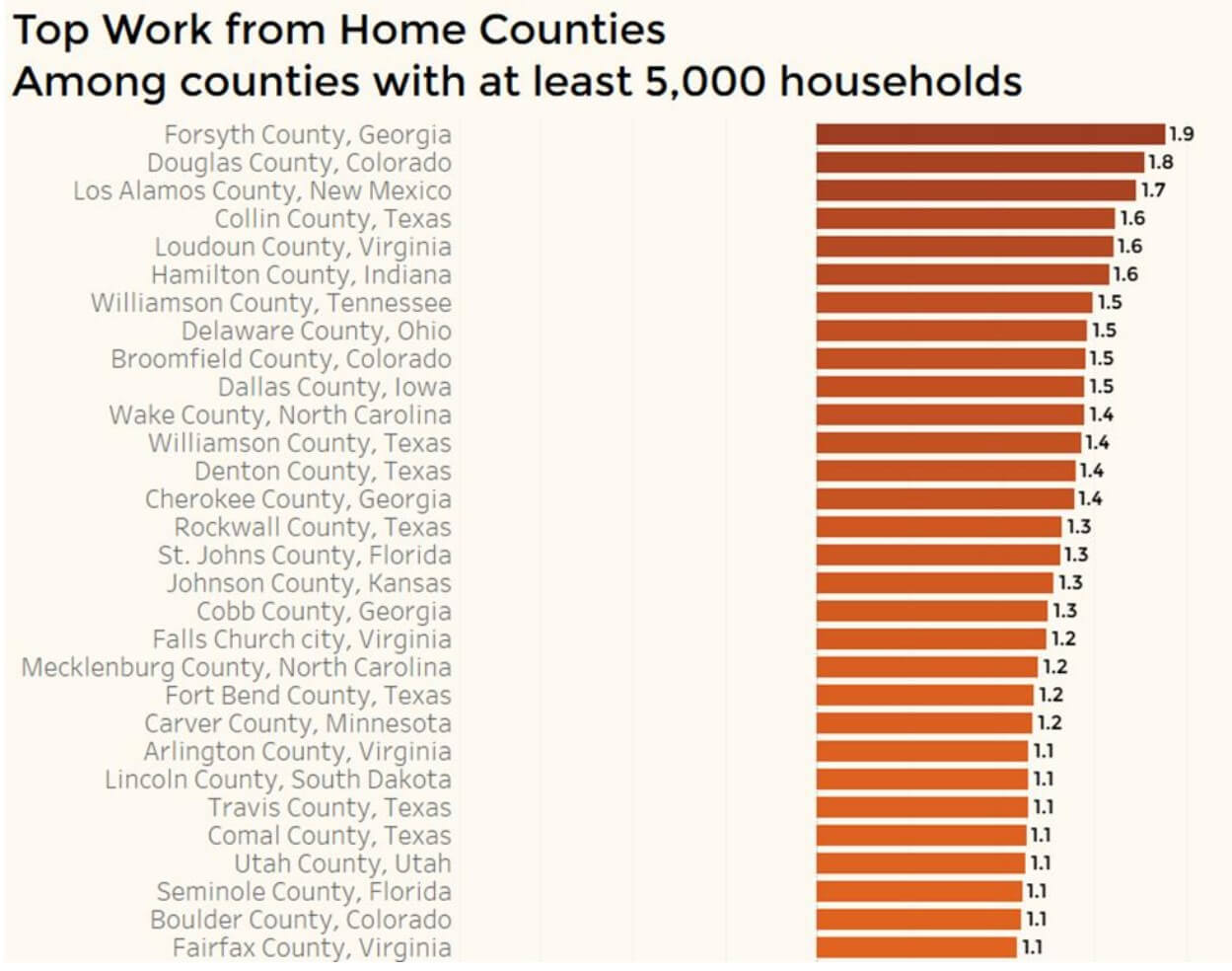