The housing market is looking a lot like 2006: Are we in bubble territory?

Home sales are going bonkers in most of the country. According to new data, new single-family home (SFH) sales in March increased 20% from February, and 66% from March 2020. Sales were up year-over-year 108% in the Northeast, but down slightly by 2% in the West. That said, overall sales of existing SFHs fell 4% in March. According to Seeking Alpha,

“The total inventory of new single-family homes for sale was unchanged at 307,000 in March, leaving the months’ supply (inventory times 12 divided by the annual selling rate) at 3.6, down 18.2 percent from February and 44.6 percent below the year-ago level.” 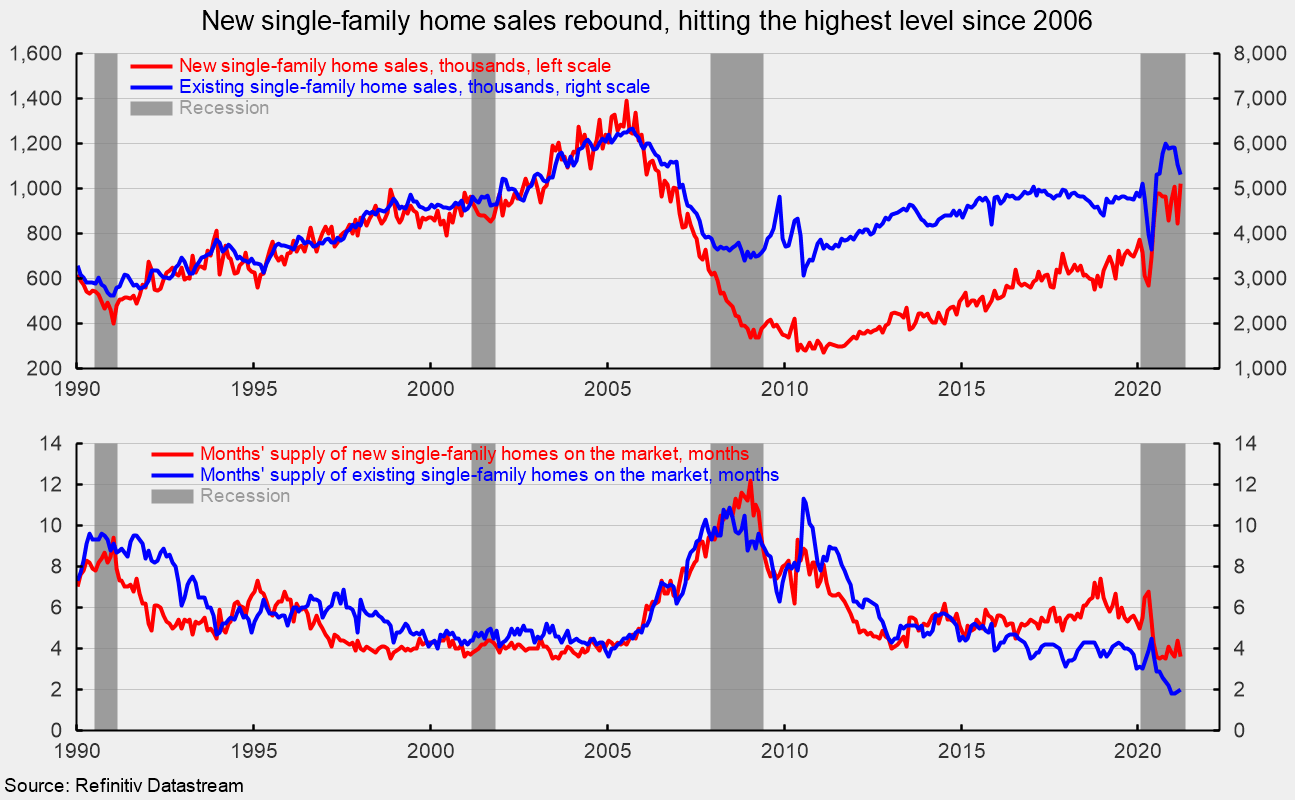 As you can see, new SFH sales have rebounded considerably since last year, and are approaching similar levels seen in 2006. Meanwhile, supply is decreasing dramatically, hitting record levels of 4 months supply for new SFHs, and 2 months supply for existing SFHs.

Real estate remains a bright spot for the U.S. economy with historically strong demand, low supply, and rising prices. With the cost of lumber remaining high, expect this trend to continue for the foreseeable future.

Interestingly, Stefanos Chen of The New York Times (subscription required) reports that Google searches in the U.S. for the phrase “when is the housing market going to crash” skyrocketed 2,450% in early April, and is now a more popular search than any time since 2004. Of note, the search phrases “should I buy a house” and “sell my house” also jumped to record interest.

So, are we going to see a crash? According to Chen, not any time soon.

“Unlike the last major housing crisis, in which sale prices plummeted and many buyers were stuck with risky, adjustable-rate financing, today the average 30-year fixed-rate mortgage remains near record lows, lenders rely on stricter underwriting requirements, and homeowners have more liquidity…We don’t have the reckless lending that we had before.”

According to Yahoo! Finance, “Median existing home prices surged to a new high of $329,100 in March, up 17.2% from the same time a year ago — an all-time high and the fastest pace of growth since NAR started tracking media prices in 1999.” The primary cause of this is the extreme lack of inventory. 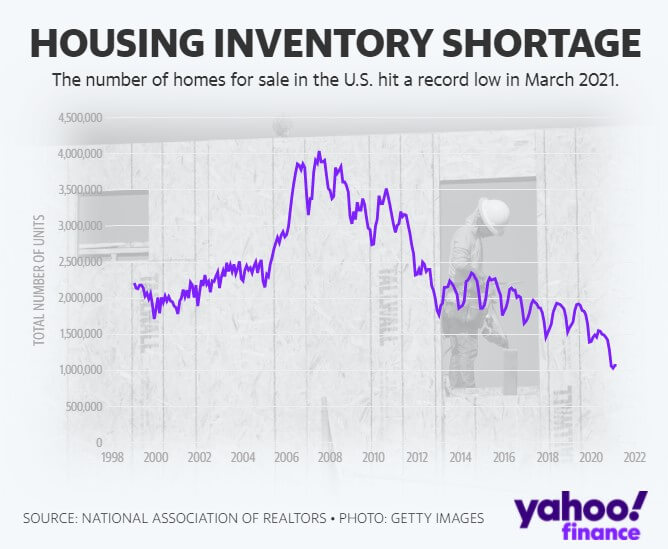 Lawrence Yun, NAR chief economist, comments that “Brokers and realtors across the country said that if you had 25% more inventory you would have 20% more sales. The lack of inventory…is hindering sales activity.”

The biggest rise in sales has been in the more expensive assets, according to NAR. 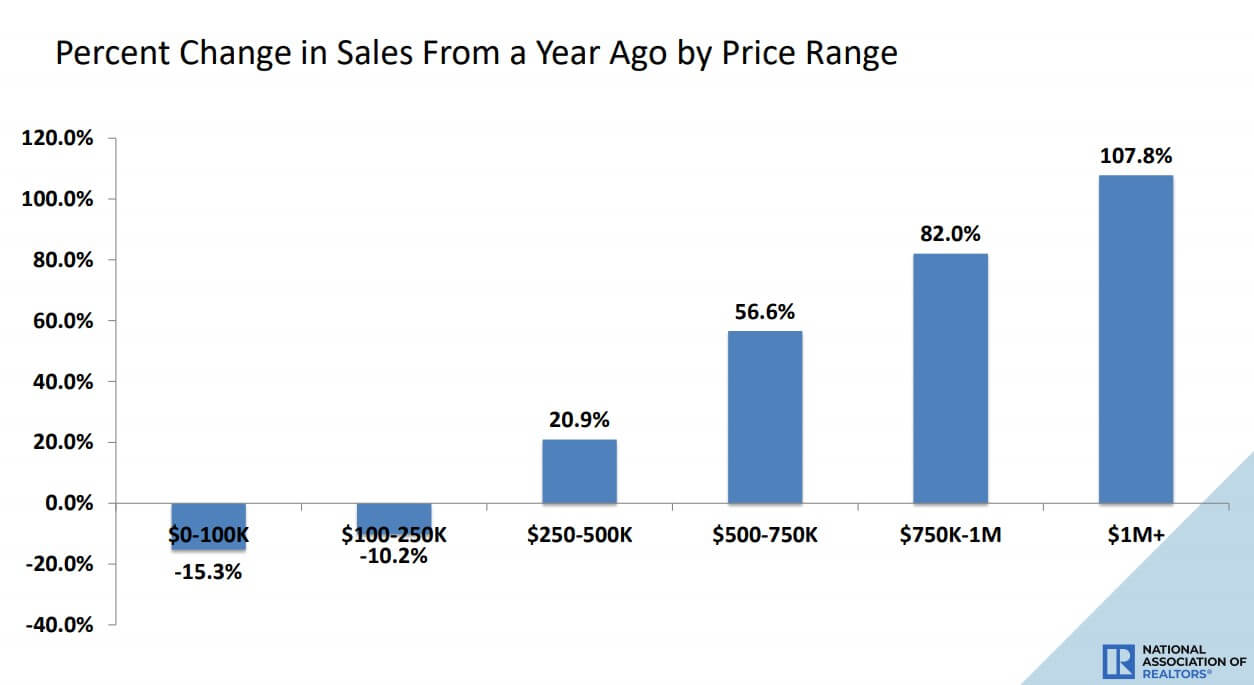 How long will this housing boom last? According to Housing Wire and one industry insider, it could stay this way for a while.

“David Berson, Nationwide’s chief economist, said he is expecting that new home sales will continue to climb to levels not seen since 2006, despite expectations of modest mortgage rate increases. According to Berson, a boom in job growth should more than offset the impact from rising rates. And if more existing homes are not put on the market for sale this year (mostly from COVID concerns), then new home sales could be even stronger and rise to the highest level since 2005.”

Moving back to Yahoo! Finance, Amanda Fung reported yesterday that the “Case-Shiller national home price index posted a 12% annual gain in February, up from 11.2% in January. The rate is the highest year over year gain recorded by the index since February 2006.”

Earth week came and went, with a lot of outlets discussing the merits of a more environmentally sustainable real estate industry. Inman (subscription required) reported on a new survey that found that 32% of all Realtors said they helped buy or sell a property that had “eco-friendly features” in the past year. These features include solar panels, smart homes, energy-efficient HVAC and appliances, and so on. Here are the green features most important to clients: 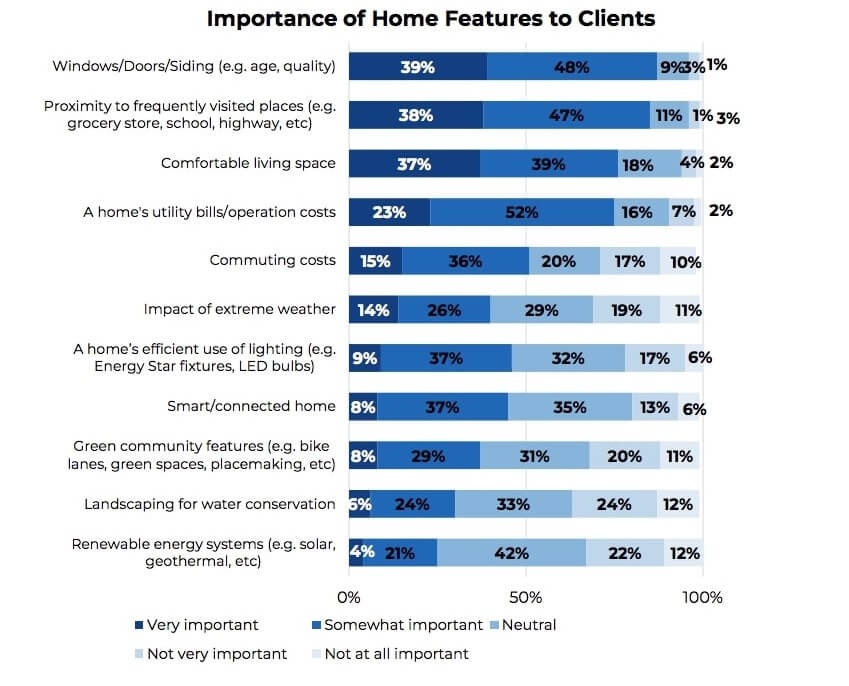 Sheri Koones of Forbes also reports on a new all-electric home in Ogden, Utah. The features of this home include:

⚡ Guess what the yearly utility costs of this home will be? $96 a year! Wouldn’t you love to see that in your proforma?

Finally, in PwC’s highly anticipated report, Emerging Trends in Real Estate: US and Canada, they narrow in on climate risk, and the impact it will have on migration in a post-COVID and remote working environment.

“The devastating 2020 wildfire season in the U.S. West and numerous hurricanes posing threats to the U.S. Southeast have led to heightened awareness of the impacts of climate change. One theme of conversation developing among policymakers and the business community has been the potential for climate-change-inspired migration in the United States and internationally. With many professionals able to work remotely due to the COVID-19 pandemic, questions also emerged about whether this post-disaster migration would be temporary or permanent, echoing discussions about Americans’ increasing interest in suburban and rural living during the pandemic.”