More realtors in the US than homes for sale

The number of agents also tends to roughly correlate with the performance of the housing market. The ranks of NAR rose to 1.37 million in October 2006—shortly after the market’s peak—then bottomed out around 960,000 in March 2012, following the housing crash. NAR membership has risen every year since.

So, is it too many realtors, or not enough homes?

According to Jeff Plitch of the Motley Fool, “Since it’s relatively easy to get a real estate license, depending on the state you’re working in, many new Realtors came from industries hit hardest by the pandemic, such as those previously working in restaurants or hospitality, as a way to try to turn things around.”

Reportedly, Redfin is hiring 162 realtors per week, in the biggest recruitment campaign ever, according to CEO Glenn Kelman. A major contributing factor to this boom in agents is not just tight supply, but record home prices.

According to Tim Ellis of Redfin this week, home prices rose 16% to a new all-time high in March. 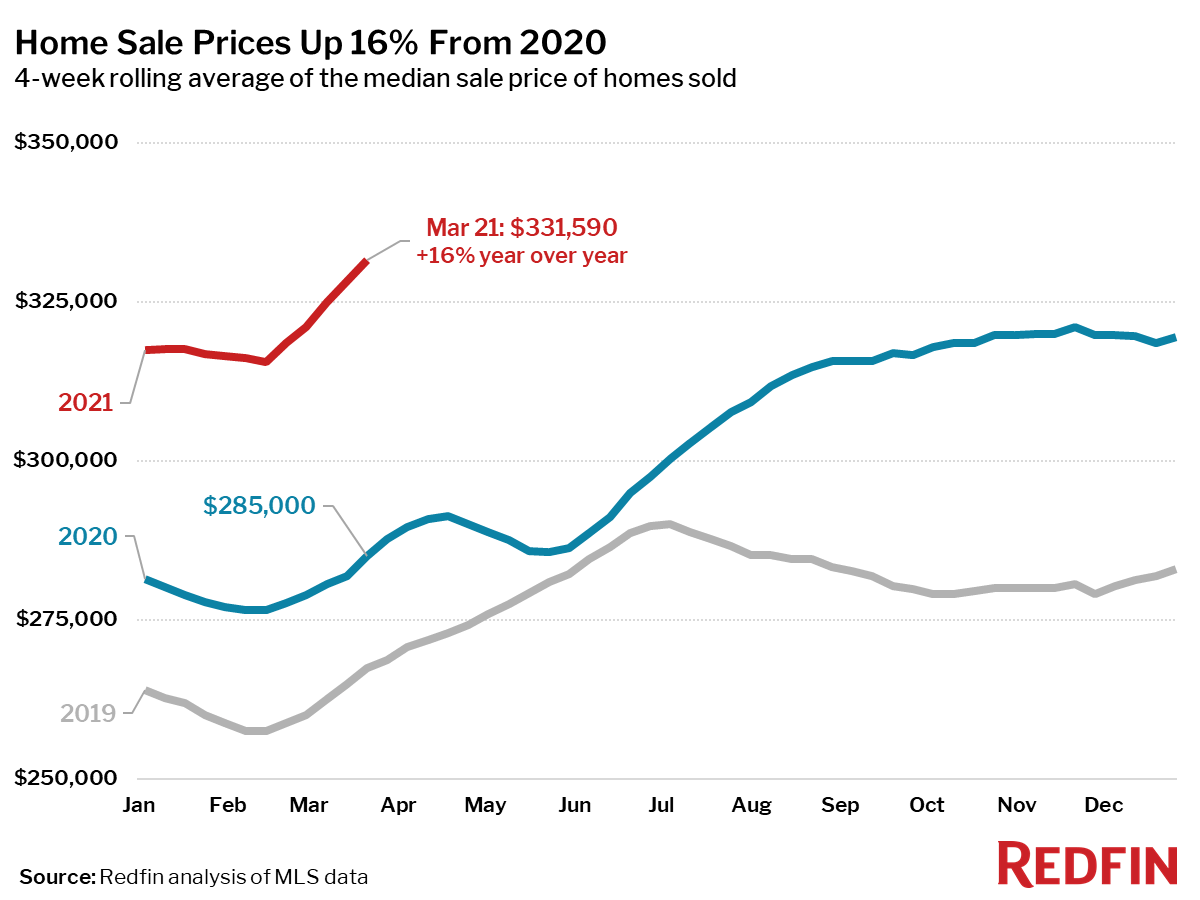 Here are a few key takeaways and quotes from Redfin’s recent report:

And, perhaps most importantly, “39% of homes sold above their list price, an all-time high and 15 percentage points higher than the same period a year earlier.”

ATTOM Data Solutions also released a report this week on SFH rentals, and the counties across the US with the highest rental yield increase. 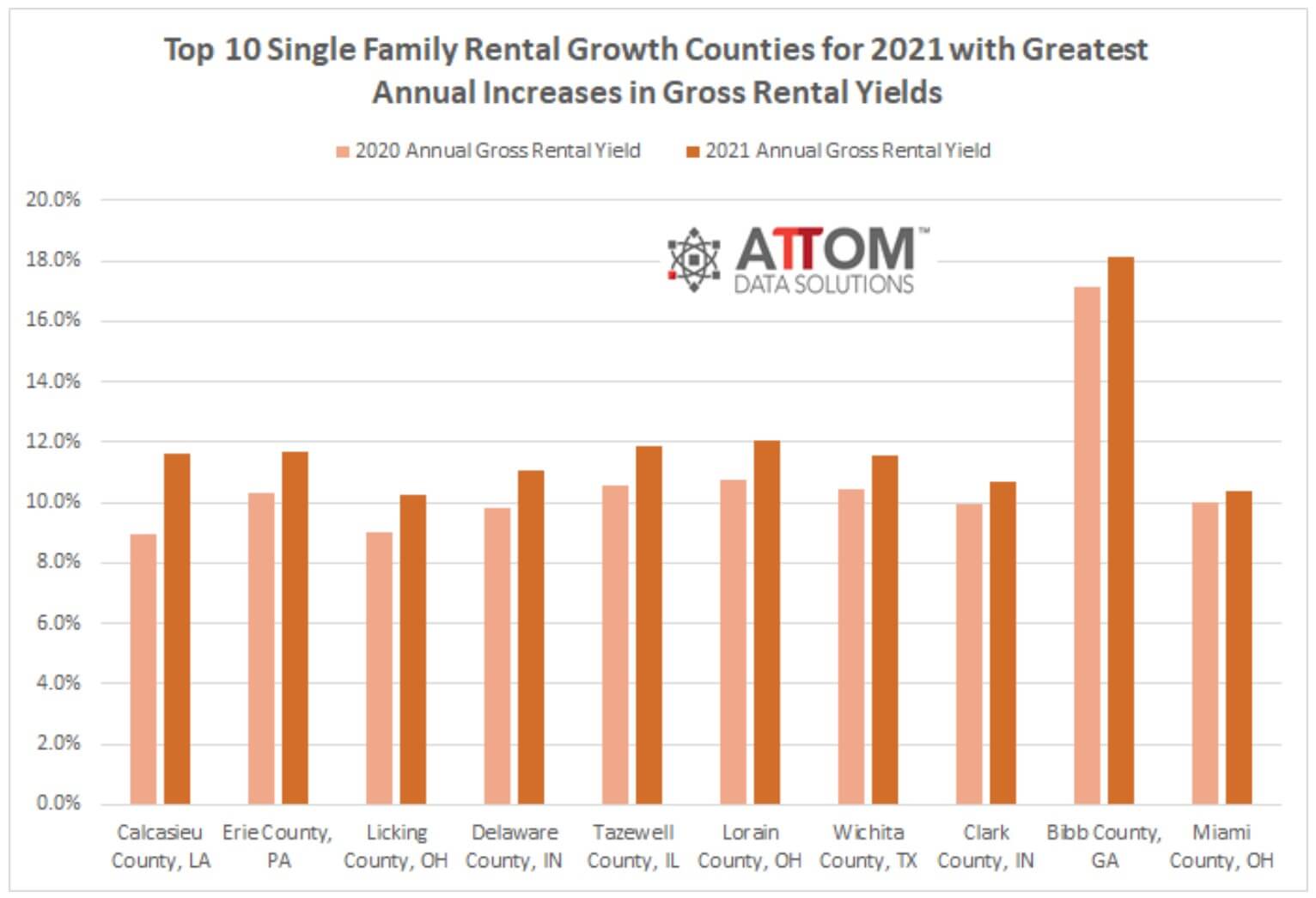 Zillow also released their housing sale numbers this week, reporting that median existing home prices in February stood at $313,000, up 15.8% from the same time last year. Further, “There were 1.03 million homes available for sale in February — a record low, largely unchanged from January but down 29.5% from a year ago.”

Finally, a second Redfin report capped off the week to discuss the steady increase in bidding wars:

Nationwide, 60.9% of home offers written by Redfin agents faced bidding wars in February, up slightly from a revised rate of 59.3% in January. That represents the 10th-straight month in which more than half of Redfin offers encountered competition.

A partial contributor to rising home prices is the cost of materials. The National Association of Home Builders (NAHB) reports on costs and shortages of building materials,

Though buyer traffic remains strong, some home building activity is being delayed due to material shortages…This is forcing builders and buyers to grapple with rising affordability issues, as soaring lumber prices have added more than $24,000 to the price of a new home.

While rising material costs and other supply-side issues are causing delays for some projects, other factors contributing to the slowdown include the winter storms in areas like Texas and rising mortgage rates, which are up more than 30 basis points over the past five weeks.

For example, according to a separate NAHB report, lumber prices continue their upward trajectory: 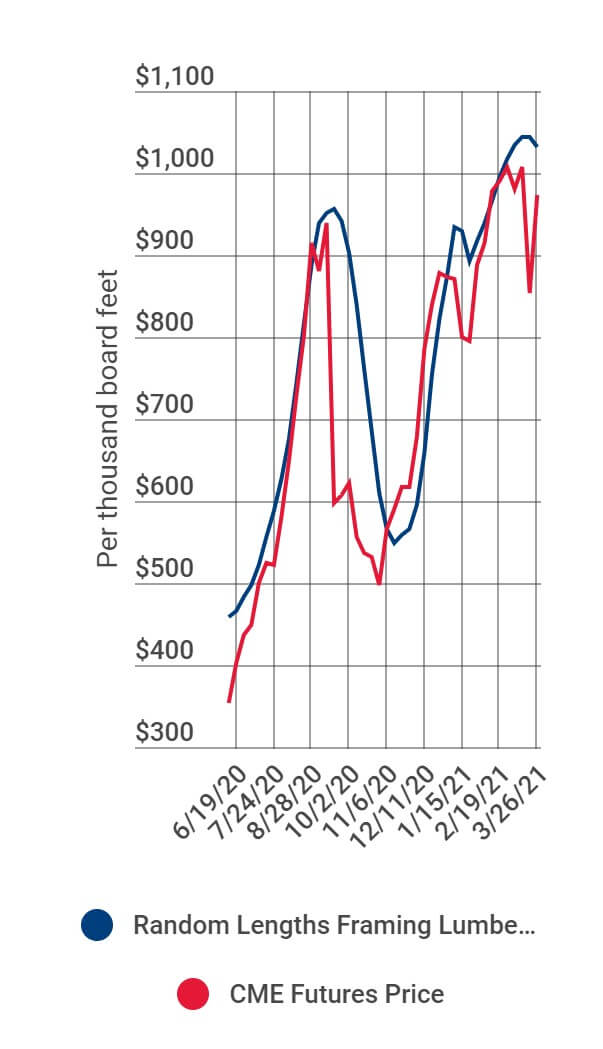 Diana Olick of CNBC jumps into the conversation by noting that “builders are seeing increased delays in getting their products to their buyers. Some of the big public builders have said in earnings releases that they are delaying construction, so as not to be building while material costs are at their latest peaks. Likewise, the number of homes for sale that haven’t started construction was up 64% in February.”

Finally, Jonathan Garber of FOX Business reports that the cost of construction is having a real impact on future supply: “Housing starts fell 10.3% in February to a seasonally adjusted annualized rate of 1.421 million, the lowest level since August. Building permits, meanwhile declined 10.8% to 1.682 million, a three-month low. The numbers were below the respective 1.56 million and 1.75 million that analysts surveyed by Refinitiv were anticipating.”