The housing market continues its historical growth, with Redfin reporting some interesting and surprising facts about the past month.

“The housing market is more competitive than we’ve ever seen it, but a couple indicators are causing us to ask whether we’re nearing a peak in terms of how fast demand and prices can grow…Sellers’ asking prices may be starting to flatten in what so far appears to follow a typical seasonal pattern. And the drop in mortgage purchase applications tells me that some buyers are dropping out due to the lack of affordable homes for sale. If these trends continue we can feel more assured that we are not in the midst of runaway home price speculation or a housing bubble.” 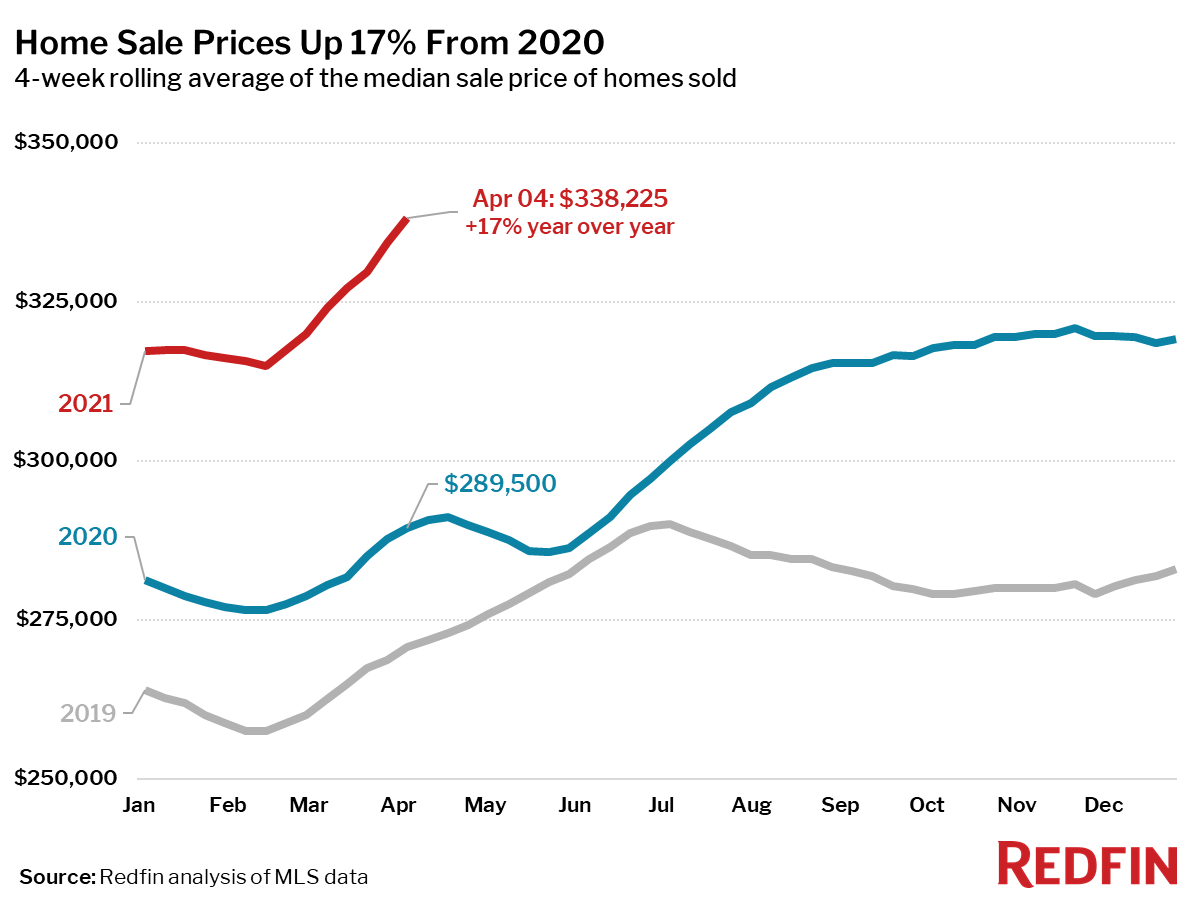 And, with interest rates rising slightly, those who own real estate with low equity could be in some trouble. Selma Hepp of CoreLogic explains that $1.2 trillion in equity was added to the real estate market from price appreciation in the past year, or $26,000 per home

But, “while home equity is critically important in loss mitigation policies and potential distressed outcomes for borrowers who could not keep up with their payments, borrowers would generally need to have 10% or more equity in their homes to cover the transaction cost of selling their home plus additional equity to cover the missed payments.”

Only 4% of borrowers have less than 10% of equity in their homes nationwide, however, when broken down by state, some are more vulnerable than others. 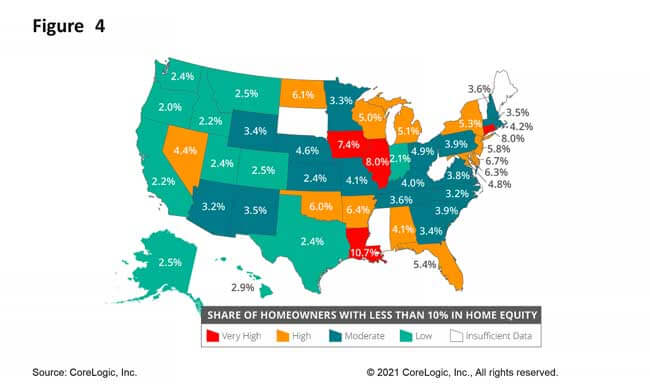 Lauren Thomas of CNBC reports on some troubling figures in the mall sector, as vacancy rates for regional malls hit a record 11.4% in Q1 2021. This is up from 10.5% in Q4 of 2020, and is the highest increase ever recorded.

Andrew Scurria and Alexander Gladstone of the Wall Street Journal (subscription required) report on the owner of Destiny USA, the largest mall in New York, and its efforts to restructure its debt obligations amidst continued closures. The mall owners currently owe $286 million in municipal bond debt, and $430 million in commercial mortgage-backed securities.

Enter Amazon. NBC News reports that just in the last several months, Amazon has been on a shopping spree snapping up malls and converting them into distribution centers.

Indeed, according to the same report Amazon converted 25 malls between 2016 and 2019. All of these converted properties will serve a critical purpose for Amazon: last-mile fulfilment. Amazon is also in talks with Simon Property Group, the biggest mall owner in the U.S., “to convert bankrupt JCPenney and Sears department stores into fulfillment centers.”

According to George Anderson of RetailWire, “Amazon’s mall conversions meet the company’s need for facilities that are close to population centers. The properties offer ample space for Amazon’s trucks to bring goods in and out.”

SoftBank always had a soft spot for real estate plays, but last week we saw a couple of interesting stories that further solidified this desire for property technology, or #PropTech, plays.

To begin, Riley de León of CNBC reported on SoftBank’s $500 million investment into digital mortgage lender Better.com, valuing the company at $6 billion, up from $4 billion last year and $600 million in 2019. The move comes amidst “what has been a hot U.S. residential real estate and mortgage refinancing market fueled by record low interest rates.”

In commenting on the investment, Mary Ann Azevedo of TechCrunch reported that “It’s further proof that mortgage — a traditionally “unsexy” industry that has long been in need of disruption — is officially hot. For all its controversy, when SoftBank invests, people pay attention.”

Reuters also reported that SoftBank-backed real estate brokerage Compass noted last week that it’s seeking a valuation of up to $10 billion. Already Compass’ largest stock holder, SoftBank doubled down and purchased another $72 million in Compass stock, according to Financial Editorial.