Rents coming in, but declines in these key areas

As the first of the month comes and goes these days, all eyes move to rents. Were they paid on time? Have they dropped since last month? Data from the National Multifamily Housing Council (NMHC) found that rents coming in for June were on point with last year’s numbers. As of June 27 this year, 94.2% of renters had paid rent for June. This compares to 94.7% in 2019. 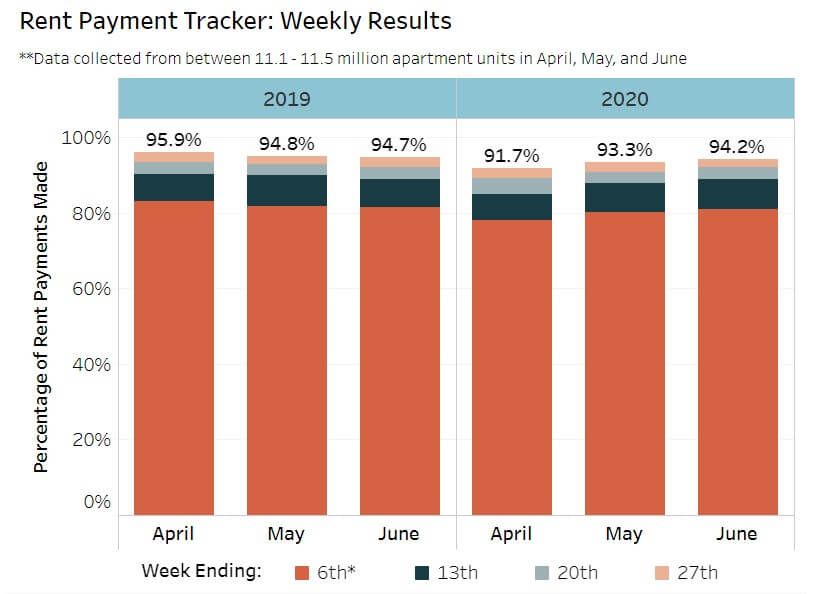 Zumper released its monthly rent data, showing a distinct drop in rental prices across some major U.S. metros. Specifically, “The top 10 most expensive markets continued to experience pandemic pricing, as the majority of these cities were trending on a downward trajectory last month. As the pandemic persists on, the demand for rentals has continued to shift away from these pricey areas and a significant amount of that demand seems to be moving toward neighboring, less expensive areas.” San Francisco for instance saw a year-over-year decrease in 1-bedroom apartment rents of 11%. 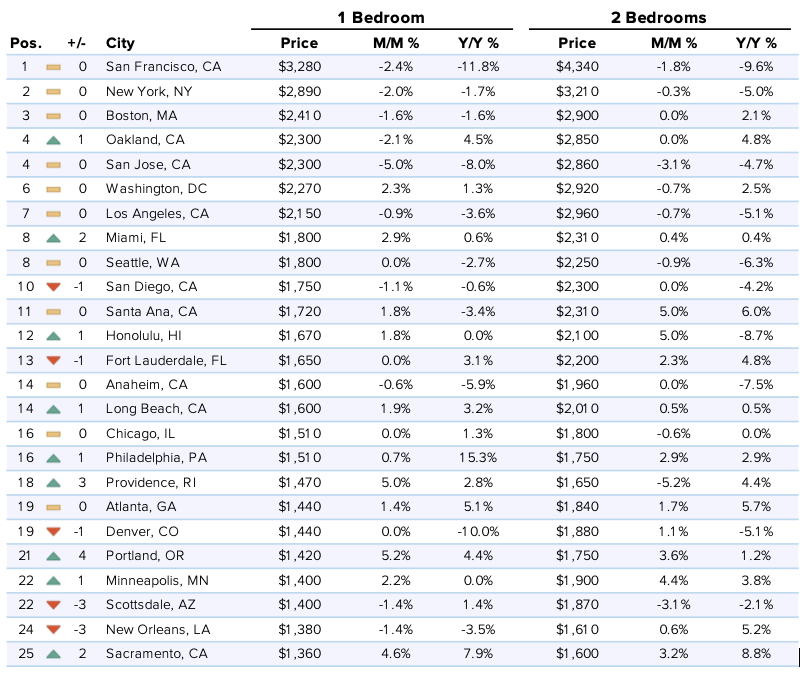 Abodo also released its monthly rent report, showing flat rent prices across the country. Rents for one-bedrooms increased by 1.6% since January 2020, and 2-bedrooms saw a rent decline of 0.6% over the same period.

For my Canadian colleagues, check out the comprehensive rental report from Rentals.ca, which shows a similar flattening and decrease of rents in Canada.

ATTOM Data Solutions gave us insight last week into what appears to be a cooling of housing prices across several U.S. metros. “The downward shift marked a striking change from price jumps earlier in 2020 and from patterns commonly seen during Spring home-buying seasons from year to year…while prices normally keep rising each May, they stayed the same or decreased this year in 84, or 53 percent, of the 160 metro areas with enough data to analyze.”

That said, it’s interesting to note that in this volatility, several cities and states saw price gains, some above 5% month-over-month. ATTOM concludes “That suggests that the nearly unbroken run of increases since 2012 across most of the country is far from over.”

As for luxury homes, new Redfin data shows that median sales prices for this asset class dropped nationally by 2.3% year-over-year in June. This is the biggest decline seen since 2015, however, the sale price in the top 5% of luxury homes, rose 3.5% over the same period.

As we see a supply crunch for more affordable homes, Zillow reports similar findings in the luxury market: New listings of high-end homes jumped. “As of the week ending June 20, new listings of more-affordable homes were down 29% from a year ago, compared to just a 9% difference between this year and last for the most-expensive listings.”

According to Sabrina Speianu of Realtor.com, their data shows a continued lack of housing inventory, which has buoyed prices across most U.S. metros. Specifically, national inventory dropped 27% year-over-year, newly listed homes also dropped by 19%, and the median listing price rose 5% to $343,000.

Large cities are feeling a big impact as a result of COVID-19. Aditi Roy of CNBC reports on the dramatic impact work from home (WFH) policies are having on tech hubs. Roy quotes Zumper CEO Anthemos Georgiades: “The very real move of many mainly technology employers to a future of remote work, meaning millions of employees now looking outside of dense metropolitan areas for their next home now that their commute time is no longer a factor.”

This is leading many to think of innovative ways to use underutilized spaces. For instance, Patrick Sisson of Bloomberg City Lab reports on some interesting stories of the impact on the retail sector, and how some developers are betting that newly empty malls can mix housing with stores and unique community spaces.

Retail is a major economic driver for larger U.S. metros, and the impact of COVID-19 on them has been decisive. For an insightful presentation of the data surrounding this, take a read of Jennifer A. Kingson’sAxios article titled, The impending retail apocalypse.