The rise of always renters?

Joe Weisenthal of Bloomberg opens up for us this week outlining the decline in housing affordability due to rising interest rates, which is leading to more demand for rental housing. Reportedly, in just the past 12 months, the average mortgage payment has increased by $1,000. In other terms, if you wanted to spend $2,500 on a mortgage you can now buy a house that costs $476,425, whereas in early 2021 that price tag would have been $758,572. 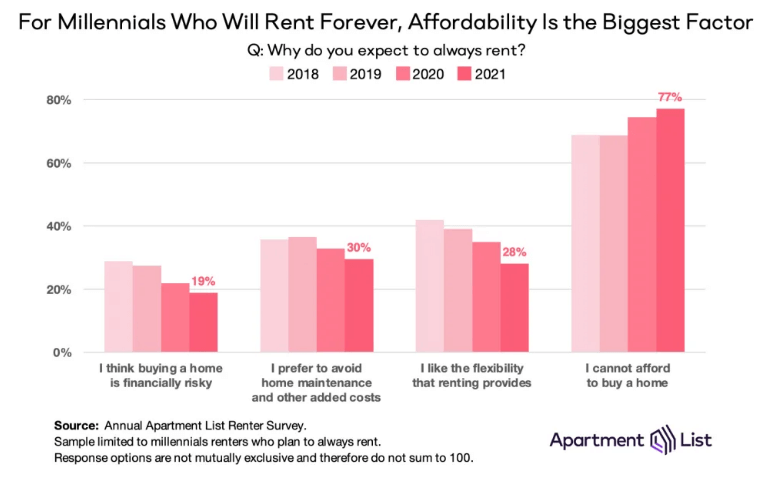 Rents keep rising, although moderating, in most metros across the U.S., according to a new rent report from Zumper. Despite overall increases, over half of U.S. cities posted month-over-month decreases in one-bedroom rents. Zumper CEO Anthemos Georgiades had this to say about the data: “The rental market has been very supply constrained for the past five quarters, but there has been a significant shift back towards equilibrium in the past quarter…Occupancy rates and the pace of rent increases are now falling in many major metros as renter demand softens and fear of recession kicks in, with many renters deciding to stay put or trade down on the most expensive options.” 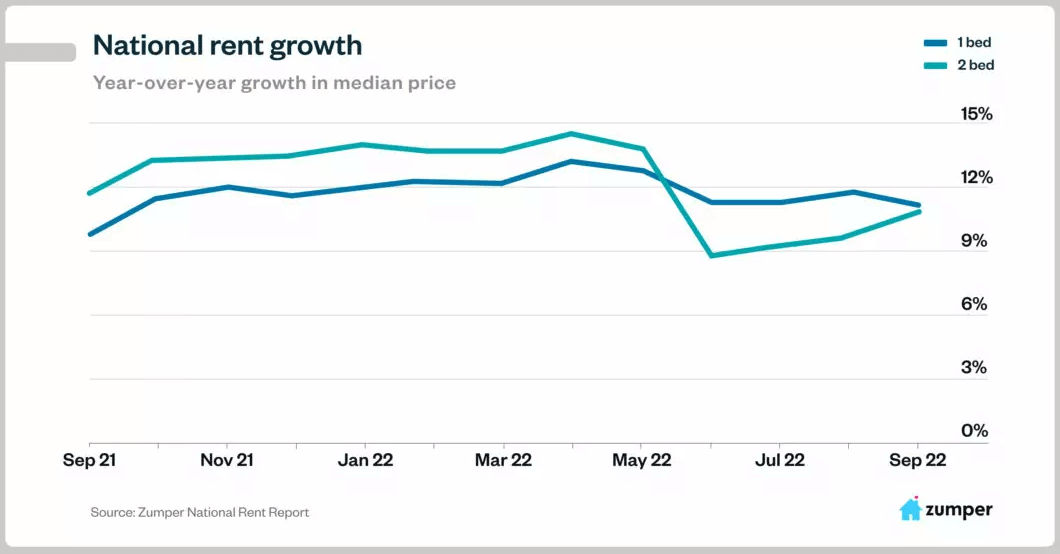 Similarly, in a recent report, CoreLogic found that single-family rents across the country posted a third consecutive monthly slowdown, although nationally they are still up 12.6% year-over-year.

Seller sentiment is decreasing, with more inventory coming online and sales taking longer to complete, according to new data from Zillow. Here is the current for-sale inventory in the U.S.:

“Home buyers continued to balk in the face of mortgage affordability obstacles this August, leaving less competition and more inventory of homes for sale in the market. The softer demand from buyers contributed to the largest monthly drop in home values, 0.3%, since 2011. Appreciation has receded since peaking in April, but typical home values are still up 14.1% from a year ago and 43.8% since August 2019, before the pandemic.”

Further, according to Sabrina Speianu from Realtor.com, there is more inventory and less competition in the market, which could be an opportunity for those with dry powder.

A Zillow expert panel described the status of the market as shifting from a sellers to a buyers market, with 56% saying we will see the rise of a buyers market by next year.

“Inexpensive Midwest markets — such as Columbus, Indianapolis and Minneapolis — are the least likely to see home prices decline over the next 12 months, according to survey respondents, of which just 36% reported that home price declines from current levels were likely over the next 12 months. Fast-growing markets in the South, such as Atlanta, Nashville and Charlotte, are also expected to retain their heat by a majority of panelists, with 44% of respondents indicating declines were likely.”

As noted above, the biggest culprit for the rise in rental demand and the shift to a buyers’ market is rising interest rates. According to the St. Louis Federal Reserve Bank (FRED), the average 30-year fixed rate mortgage now sits at 6.7%.

What’s also hurting consumers is not just rising rates, but the volatility of the rate market according to Lily Katz and Taylor Marr of Redfin. “Seesawing mortgage rates, which have swung from nearly 6% to below 5% to above 6% in the last three months, are causing headaches for homebuyers. The typical house hunter who started searching in July and closed the deal on their new home in September saw their potential mortgage rate fluctuate by roughly half of a percentage point every four weeks. That’s the most volatile three-month period since 1987.” 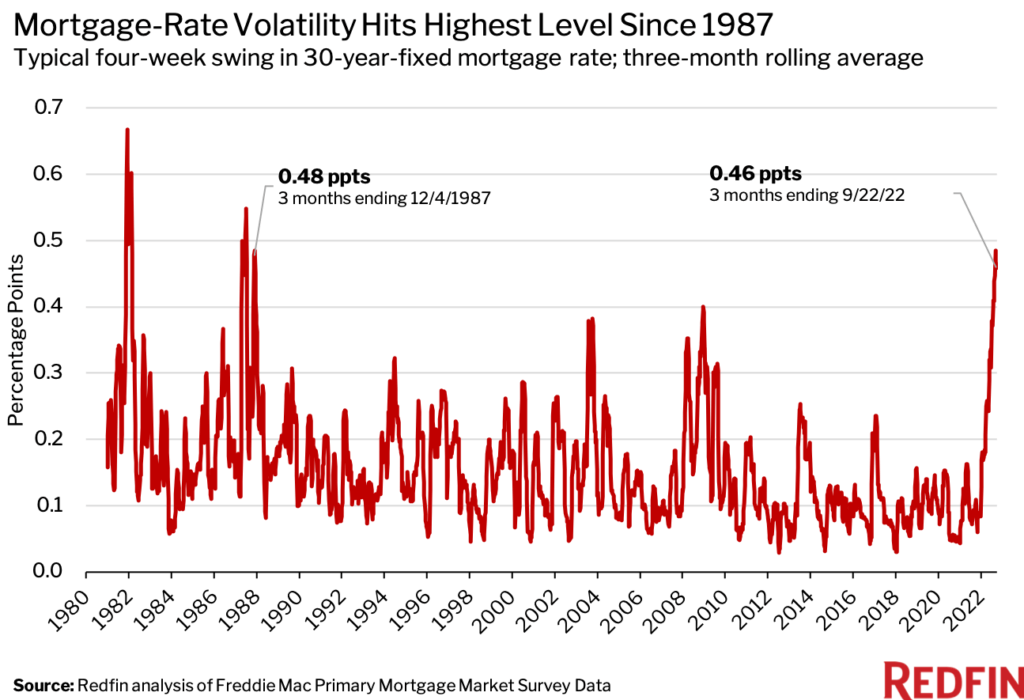 As we approach 7% interest rates, George Ratiu, chief economist at Realtor.com, had this to say about the impact on the market:

“The last time mortgage rates were in 7% territory was two decades ago, in early 2002…Today’s typical household is looking at homes with a median price of $435,000, which translates into a monthly mortgage payment of $2,300. Given that the median annual income is about $71,000 and assuming a federal tax rate of 22%, today’s household is spending 44% of its income on a mortgage…With monetary policy continuing to tighten, mortgage rates are expected to continue climbing. While even two months ago rates above 7% may have seemed unthinkable, at the current pace, we can expect rates to surpass that level in the next three months.”