Last week, Realtor.com reported that interest rates rose above 3%, the biggest jump since February, and ending a 7-week streak of little or no movement. 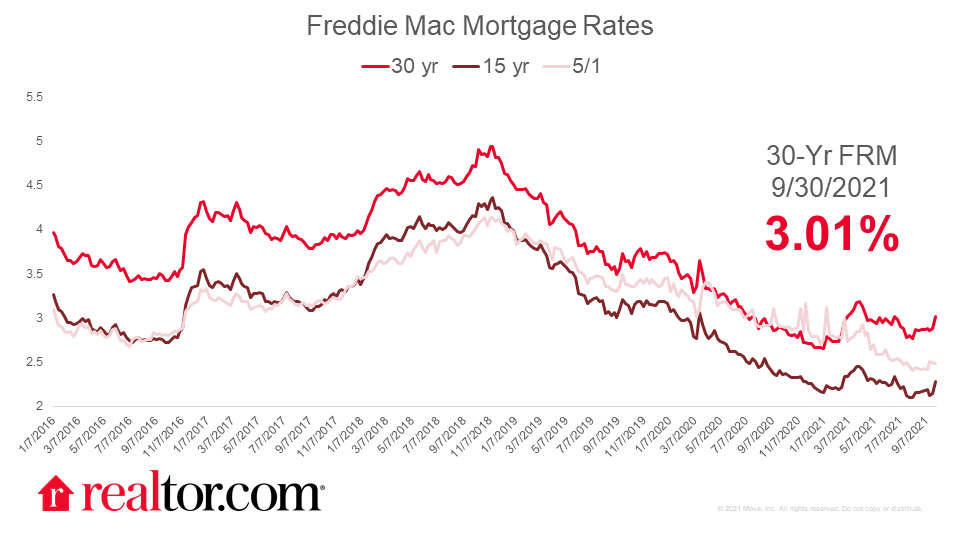 According to Danielle Hale, chief economist at Realtor.com:

“These increases were caused by the recognition that the economy is doing well and that growth will likely continue. This sentiment was boosted by the Fed’s statement last week that the economy had made enough progress toward economic goals that tapering of asset purchases may be warranted soon. While uncertainty over a variety of legislative priorities — from infrastructure plans to the debt limit — increase the potential for surprises and volatility in rates, the likely near-term trend is for rates to move higher.”

That said, online lending marketplace Credible stated on Fox Business that the 30-year average mortgage rate dropped back to 2.99%.

Jacob Passy of MarketWatch notes that Fed’s purchase of mortgage-backed assets will likely taper off later this fall and economists predict lenders will be forced to increase rates due to the smaller liquidity in the market.

“The Fed also clarified that it will begin tapering its $120 billion a month in Treasury and mortgage-backed securities purchases, signaling that it views the economic outlook with guarded optimism…Markets are likely to price in expected tapering as indications of a timeline crystallize, which means that the days of sub-3% mortgage rates may be in the rearview mirror by the end of 2021.”

New data from Redfin shows that asking prices on homes are now at record highs, jumping 12% year-over-year, and actual prices increasing 13% over the same period to an average of $356,358. 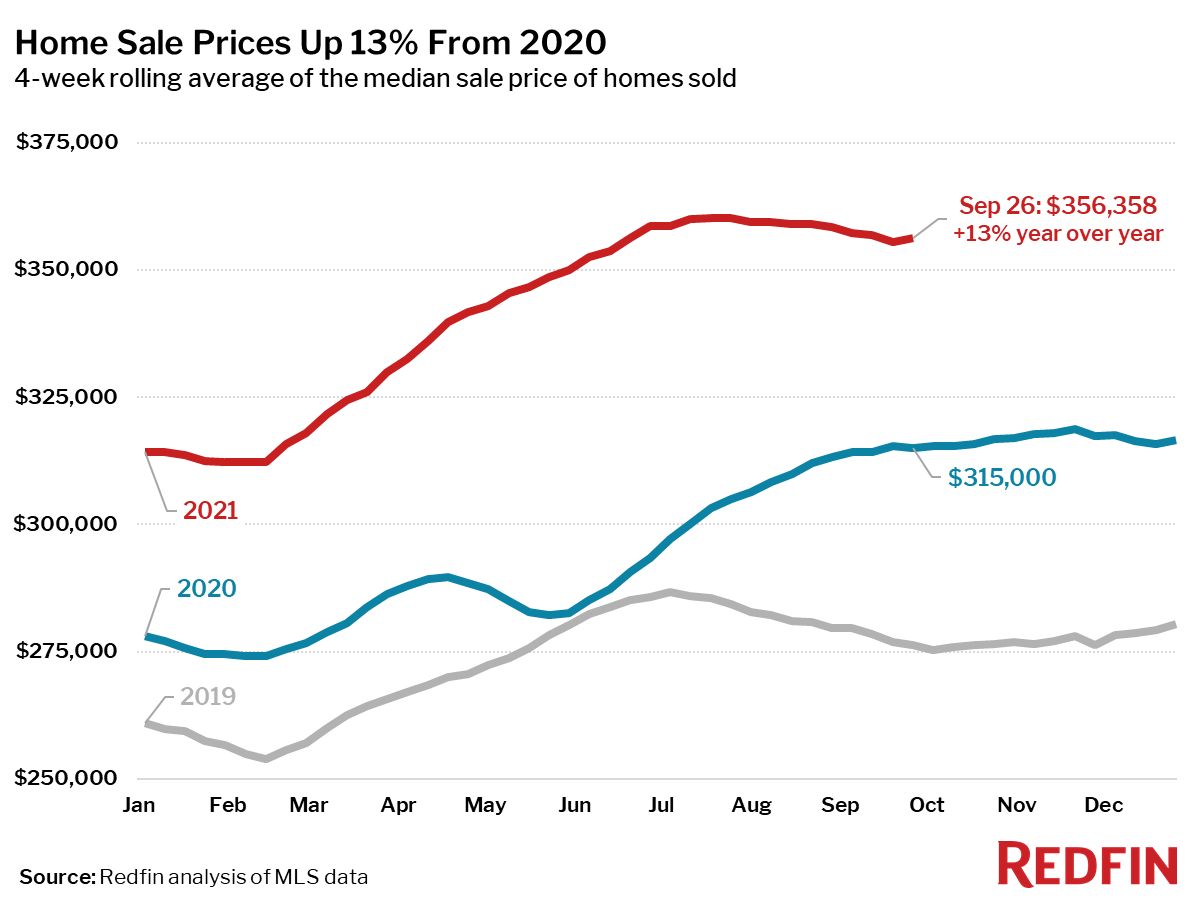 Redfin Chief Economist Daryl Fairweather comments on the above data:

“Home sellers continue to show their optimism with increasing asking prices…However, there are already signals from the Fed and markets that mortgage rates are starting to creep up. The hit to affordability that comes with higher rates and higher home prices could let some steam out of the market. It’s never a good idea to overprice your home, but I would be especially wary of overpricing as seasonal cooling trends persist and rising rates take some affordability out of the homebuying equation.”

Avery Hartmans of Yahoo! News notes that there are indicators that the housing market overall may be cooling a bit. Data shows that existing home sales fell 2% compared to July, and total sales dropped 1.5% year-over-year. This has been caused in part by rising home prices, which has forced many potential homebuyers to put their plans on hold.

Also, mobility trends are changing, with Leticia Miranda of NBC News reporting that people are increasingly moving to warmer climates. Citing Zillow, Miranda wrote,“[t]he country’s top five urban metro areas with the highest number of pleasant days of weather had median home values at around $600,000 in 2019, more than double the national median of $229,000.”

In a non-binding referendum last week, Berlin residents voted to expropriate around 240,000 apartments from larger (3,000+ unit) landlords in the city. Riham Alkousaa and Matthias Inverardi of Reuters reported that 56% of residents voted in favor of the proposition which would see these apartments expropriated from the large companies and given to the city for affordable housing purposes. In response to the results, Rolf Buch, CEO of one of Germany’s leading residential real estate companies, Vonovia, said: “Expropriations do not solve the manifold challenges on the Berlin housing market.”

Ben Wink of Business Insider reports on the results, noting that around three-quarters of Berlin residents are renters and the 13% year-over-year rent increase in the city has been particularly difficult for tenants. Further, there is currently a shortage of over 200,000 units in the city already, which has led to the anger targeted toward larger apartment owners. 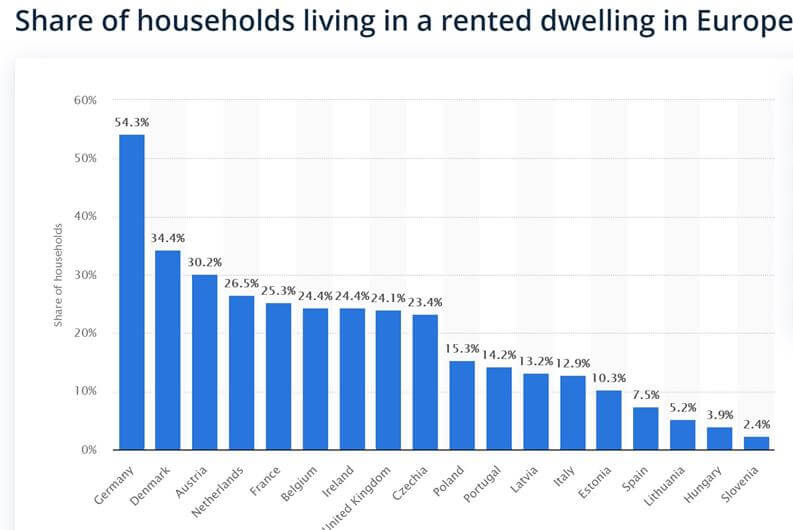 That said, the vote was non-binding and even the new left-leaning mayor of Berlin, Franziska Giffey, has indicated that it is unlikely the city will follow through with the referendum results.