Zumper released its monthly rent data last week for May, including some interesting takeaways for real estate investors involved in the major urban metros of NYC and San Francisco. 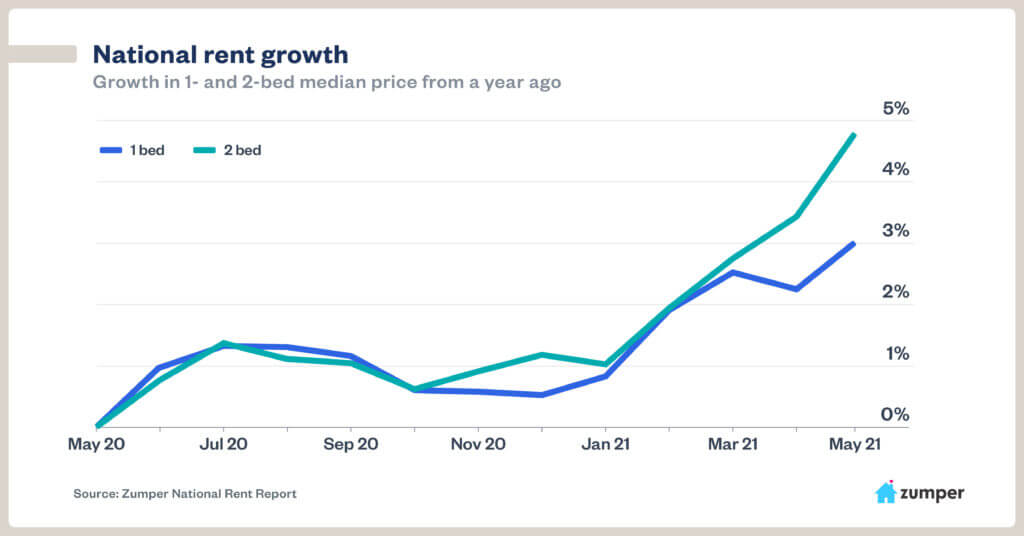 RealPage released its own April rent data earlier in May, noting similar trends but singling out luxury rentals as the reason for rent growth. “April’s strongest rent increases occurred in the luxury Class A properties that had taken a pricing haircut in many cases over much of the past year. Class A communities registered 2% rent growth for the month, compared to increases of 1.3% for the middle-market Class B projects and 0.3% in the Class C inventory.” 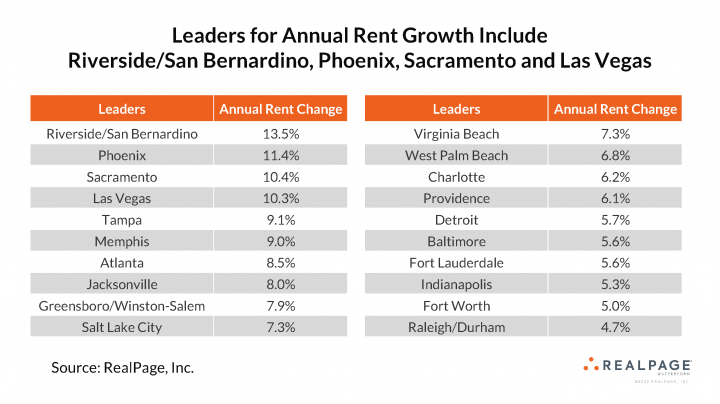 RealPage comments on the fundamentals of rental real estate, highlighting strong occupancy rates throughout the pandemic. “U.S. apartment occupancy has been hovering between 95% and 96% since late 2019. The April figure of 95.8% is up slightly on both a monthly basis (95.5% in March) and an annual basis (95.4% in April 2020).”

With rising rents and housing prices, bubble talk is back in the media. JPMorgan Chase CEO Jamie Dimon, as reported by CNN, acknowledged that the housing boom may be overheated; however, he isn’t worried about another Great Recession. Dimon notes that there “is a little bit of a bubble in housing prices…[but] unlike in ’08 and ’09, when there was tremendous leverage and bad mortgage underwriting, there is not much leverage and much better mortgage underwriting.”

The Mercury News reported this week on their Bubble Watch Index, which attempts to quantify the relative exuberance of major real estate markets in the U.S. using Zillow and Realtor.com data. 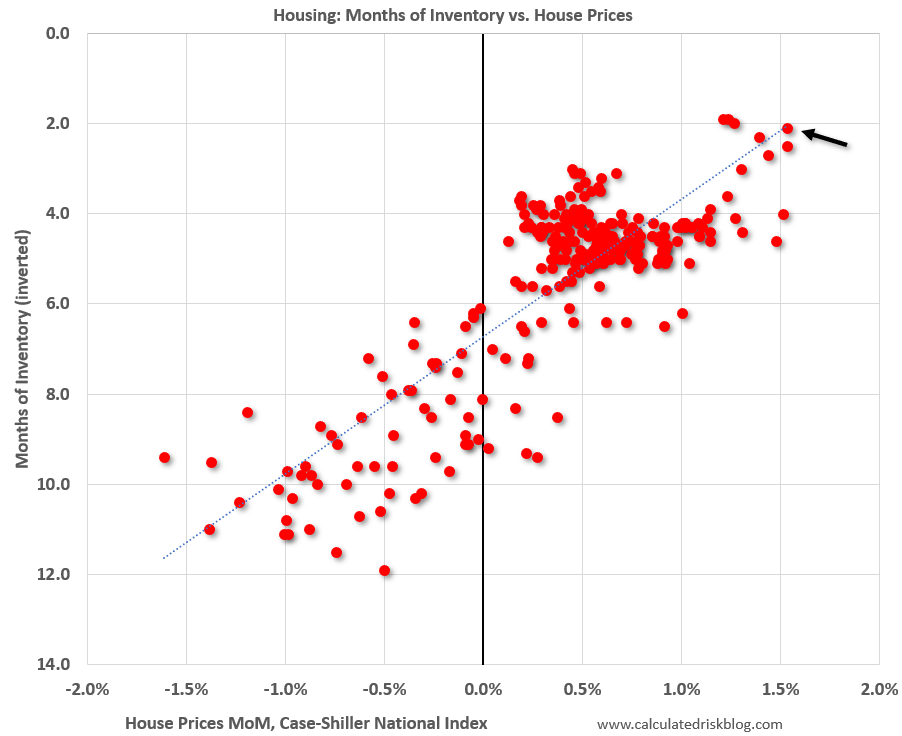 The arrow points to the most recent March 2021 data. This graph includes data from 1999 through today and shows the clear relationship between the Case-Shiller prices and months of housing supply. As available supply falls, we see an increase in prices.

Couple the above with an interesting article in The Atlantic by Derek Thompson titled Why You Should Wait Out the Wild Housing Market.

Zach Wichter of Bankrate tackled a similar question last week but came to a different conclusion: “When will the housing market cool down? The short answer is: The red-hot housing market isn’t expected to slow anytime soon. Government and business observers predict at least another year of low inventory, bidding wars and rising home prices.”

Rethinking co-working: the demise of Breather

It was a rough week for co-working, with WeWork posting a $2.1 billion quarterly loss. A lesser-known flexible office space startup from Canada also highlighted the ongoing struggles of this market: Breather, which raised a total of $131 million of funding, sold its assets to its CBRE-backed rival Industrious for a total of $3 million.

According to The Real Deal, Breather had 700 flexible office spaces on its technology platform under lease, with locations in the U.S., Canada, and the U.K. “The company was once one of Canada’s most promising startups, with a valuation as high as $100 million. But the business faced severe pressure due to the pandemic, and late last year, CEO Bryan Murphy announced plans to close more than 400 locations in the United States, Great Britain and Canada.”

Allwork reported on this acquisition, noting that “Industrious will use Breather’s technology to power its booking capabilities for locations where it manages building-wide tenant experience, as well as in locations where all tenants have access to Industrious’ meeting, conferencing and amenity spaces.”

The U.S. and U.K. subsidiaries of Breather also filed for insolvency, according to BetaKit. The pandemic hit Breather particularly hard, and in December 2020 it laid off 17% of its workforce after it spent roughly $120 million of the $122 million it raised in venture capital at that time.