What the GSE Patch expiration means for mortgage lending

The Consumer Financial Protection Bureau issued a statement relating to the expiration of the temporary qualified mortgage provision applicable to certain mortgage loans, also known as the GSE patch, noting that it will expire no later than January 10, 2021.

David Z. Morris of Fortune reports that “the GSE Patch extends liability protection to certain mortgages that would otherwise not meet qualified mortgage standards, with the goal of ensuring credit access to more borrowers.”

This means that some less-qualified borrowers will find it more difficult to get mortgages, which could reduce demand for mortgages overall. As Jessica Guerin from Housing Wire reports, this rule has shifted an increasing market share toward the GSEs, which has put other lenders at a disadvantage.

The website Dodd-Frank Update reported last week on the volume of loans that could be affected by this expiration: “16 percent of the loan origination market, or $260 billion in originations, was qualified mortgage (QM) eligible solely because of the GSE patch…A vast amount of the market which could be impacted when the GSE patch expires in less than two years.”

The National Association of Realtors released a statement concerning this policy move, stating that “Analysts estimate that as much as 30% of mortgages for home purchases fall into this market segment, and its disruption could result in higher costs and/or reduced access to mortgages for otherwise creditworthy homebuyers.”

It’s hard to avoid the “R” discussion these days, with many experts predicting a looming recession within the next 12 months. Julia Falcon of Housing Wire brings it home for real estate investors, noting that a panel of 100 economic experts predicted that the next recession will hit in 2020. That said, Falcon quotes one expert who stated that “Housing slowdowns have been a major component, if not catalyst, for economic recessions in the past, but that won’t be the case the next time around, primarily because housing will have worked out its kinks ahead of time.” 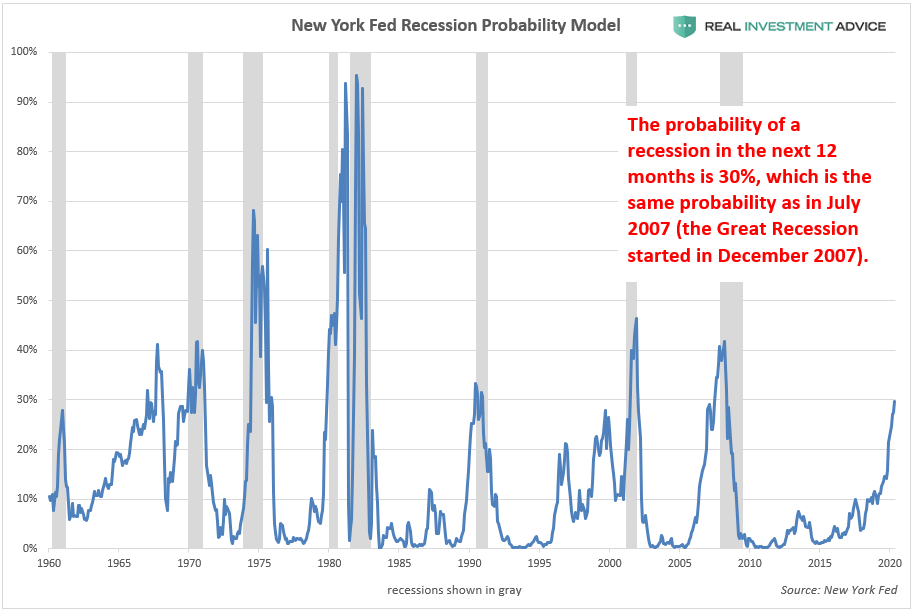 And Americans are already losing sleep over their finances according to Quentin Fottrell of MarketWatch who notes that consumer confidence fell to a two-year low, the lowest level since September 2017. Further, according to Fottrell, 56% of Americans are lying awake at night worrying about money.

Further to Falcon’s report above, Fottrell provides a list of the economic concerns of Americans, none of which relate to housing: 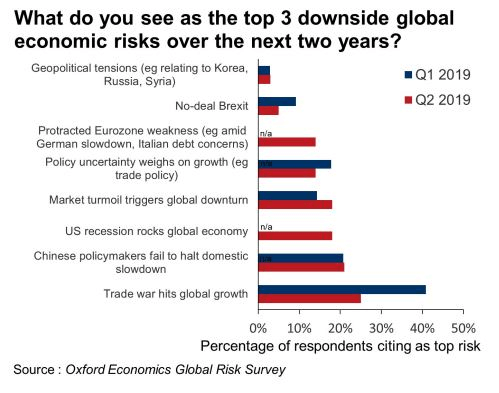 Due to weak housing and concerns about a global slowdown, Michele Lerner of The Washington Post reported this week that mortgage rates dipped to a three-year low, with the 30-year fixed-rate average falling to 3.75%. It was 4.54% a year ago.

Big news for real estate watchers from Amazon and Realogy, announcing a partnership to change the way people buy and move into homes. Aly Yale of Forbes notes that the new offering from Amazon and Realogy—named TurnKey—”will allow homebuyers in 15 cities to instantly connect with a pre-vetted, high-rated real estate agent in their area. In exchange for closing with that agent, they’ll get anywhere from $1,000 to $5,000 in Amazon home products, services and other perks.”

Kelli White of Think Realty comments that the new deal gives Amazon a foothold in the real estate market, and the chance to push its home services, smart products, and retail offerings to a new customer segment.

Similarly, Kimberly Greene of the Mortgage Professional Association (MPA) notes that “Amazon offers prefabricated [home] kids on their website, but this partnership allows it to move into a more traditional real estate model, with the added benefit of pushing its smart-home products to homeowners who may have never considered using them before.”

Gary Lucido of Chicago Now is pessimistic about the deal, noting that “Realogy is eating the entire [commission] cost and is going to lose a lot of money on this deal. So it’s no surprise then that after all this hullabaloo Realogy stock only closed up 8.5% last night from Monday night before the announcement.”

California’s housing market is cooling according to Brandon Cornett of the Home Buying Institute. Markets across the state have cooled throughout 2019, home price appreciation has slowed, and “the Silicon Valley real estate market is crashing.”

Marisa Kendall of The Mercury News reported that Bay Area homeownership has hit a seven-year low, with only 52 percent of residents who own their home.

In New York, Howard Husock of the New York Post commented on the state’s new rent control laws, noting that “the law will likely lead to lower values for buildings with rent-stabilized units, potentially weakening the city’s tax base. Ironically, it may discourage development of affordable housing.”

Britanny De Lea of Fox Business adds to the New York news, noting that like California, “New York’s pricey Hamptons area saw its worst second quarter sales in eight years.” Further, Manhattan is also seeing a slowdown, and New York is one of two states along with California where experts have said residents are looking to leave as tax obligations mount.