Laura Davison and Lynnley Browing of the LA Times reported this week on the IRS’ release of rules concerning how business owners—and real estate investors—can claim a significant perk contained in the 2017 tax overhaul. This is called the qualified business income deduction, or the 199A deduction (its tax code section).

And the news is good for real estate investors, as the above authors note: “rental real estate owners who spend at least 250 hours a year involved with the business can get the deduction.”

Kathleen Pender of the San Francisco Chronicle picks up on this news outlining that in order to qualify for the 20% deduction in 2018, “at least 250 hours of rental services must be performed for the business.” And, this includes “advertising the space for rent, negotiating and executing leases, screening tenants, collecting rent, maintenance and repairs, purchasing materials and supervising employees and independent contractors.”

Finally, Pender notes that “To qualify, taxpayers must own the rental property in their own name or in an entity that is taxed as if it’s in their own name.” To see the specific IRS guidance as it relates to real estate, check out their notice found here.

We all love a good ‘best of’ list, particularly if markets where we invest are involved. This week there were a few lists released worth noting, starting with JLL. In a press release published this week, Richard Bloxam, Global Head of Capital Markets at JLL, said: “In a year when investors have had to deal with increasing populism, protectionism and political uncertainty, the appeal of real estate as an asset class has continued to increase.” In their report, JLL outlines key international growth cities.

Sarah Berger of CNBC picks up on the recent Redfin report that outlines America’s hottest affordable neighborhoods to buy in 2019. These areas were chosen based on year-over-year growth and a price cap of $294,000, the national median home price.

The effect of student debt on the housing market

As landlords and real estate investors we cannot afford to ignore one of the biggest tenant pools…Millennials! This group is affected more than any other generation by student debt, which has important implications for the housing market.

Josh Mitchell and Laura Kusisto from The Wall Street Journal reported this week on the Federal Reserve’s announcement that “student loans prevented 400,000 young Americans from buying homes,” covering a period between 2005 to 2014. The authors report that student loan debt has soared to $1.5 trillion, surpassing credit-card and car-loan bills. And homeownership levels reflect this reality: 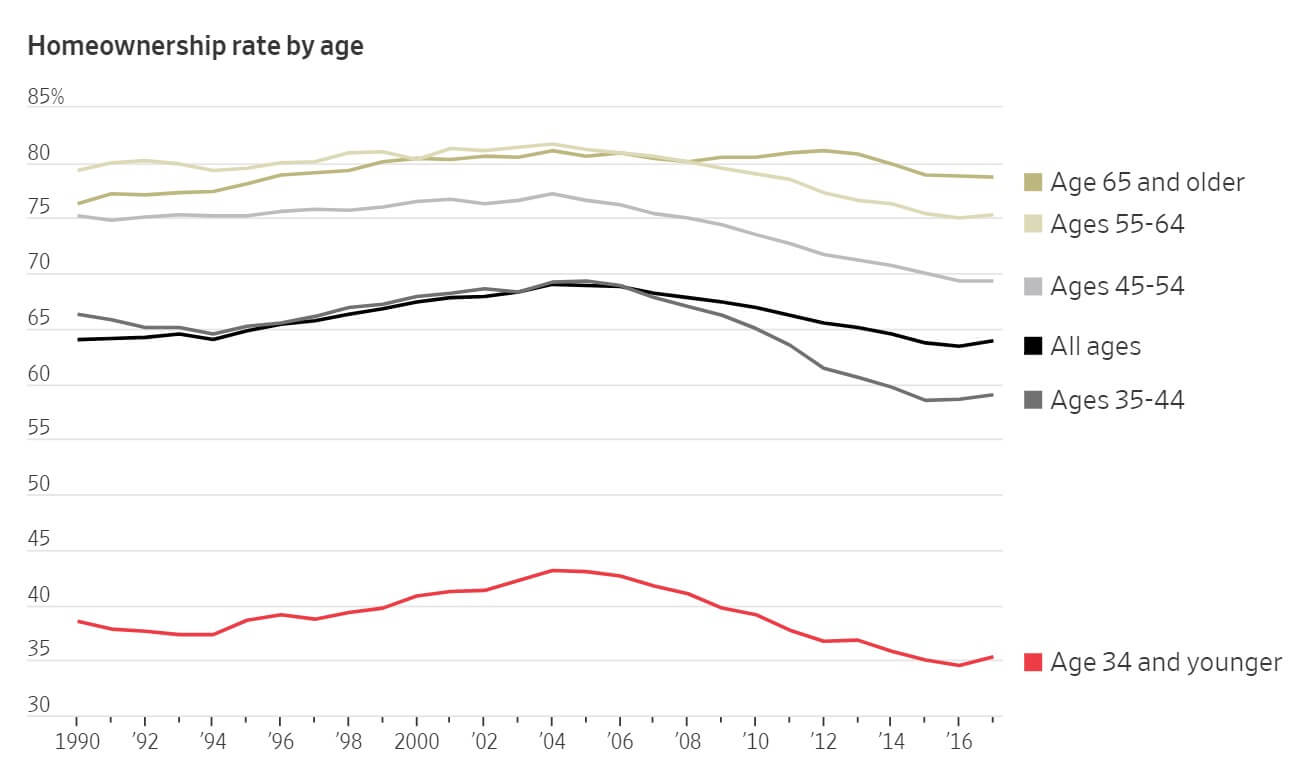 Jordan Weismann of Slate picks up on this data, noting that “even if you use some very conservative assumptions about how student debt affects the ability of today’s young adults to get a mortgage, it still seems to be dragging down their homeownership rate. Either way you look at the results, they once again confirm that the price of education is costing a large group of young people the ability to start building wealth.”

Tax season is quickly approaching! Now is the time to wrangle all income and expenses into Stessa for accurate P&L reporting and easy sharing with your CPA. Visit your Transactions page to see your existing data. Then close any gaps by connecting your bank accounts, uploading data files, or adding transactions manually. Stay tuned for upcoming feature announcements that will make tax time even easier for Stessa users!

The Stessa Weekly Newsletter is hand-curated every week to bring you insightful accounts of new features, investing tips, business insights, and market trends from the real estate ecosystem.