As we head into the final lap of 2019, experts everywhere are commenting on the current state of mortgages and predicting what will happen with interest rates. Jessica Menton of USA TODAY, for instance, reported this week on how refinancing applications have slowed because borrowers may still believe there is room for lower rates in the coming year.

Similarly, Andreas Kern of The National Interest reports broadly on the Federal Reserve, noting that because of ballooning corporate debt “the Fed has no choice but to keep lowering interest rates and keep them there. The gamble is that companies will use the breathing space to get their houses in order.”

Lucia Mutikani of Reuters also noted this week that housing starts and permits rose “to a more than 12-year high, pointing to strength in the housing market amid lower mortgage rates.”

Low interest rates and a boom in applications isn’t just good for homebuyers, it’s also good for lenders. In a very interesting piece, Ben Lane of Housing Wire reports that the mortgage business is on track for the highest origination volume in 3 years, and according to the Mortgage Bankers Association data, lenders are making more money than they’ve made in 7 years.

Lane continues, “Banks and mortgage subsidiaries of chartered banks saw a profit of $1,924 on each mortgage they originated in the third quarter of 2019. That’s up from a reported gain per loan of $1,675 in the second quarter and way up from where it was in the fourth quarter of last year, when lenders were losing $200 on each loan.”

What is top of mind for multifamily investors heading into 2020? According to Kelsi Maree Borland of Globe St, a recession is among the biggest concerns for apartment investors in 2020. According to Borland, investors are preparing to hedge against the increased recession risk by “weighing their options with holding, selling, refinancing or completing a 1031-exchange.”

Connell McGill of Commercial Observer reported this week that the chilling effects of rent control will continue into 2020, adding that “owners of multifamily real estate should take a step back, reevaluate the assumptions in their financial models, and take action to recoup asset value. Specifically, owners should look towards technology to gain tighter control over their operational and capital expenses.”

Last week, CBRE released their 2020 Real Estate Outlook for Multifamily, with some interesting conclusions for 2020: 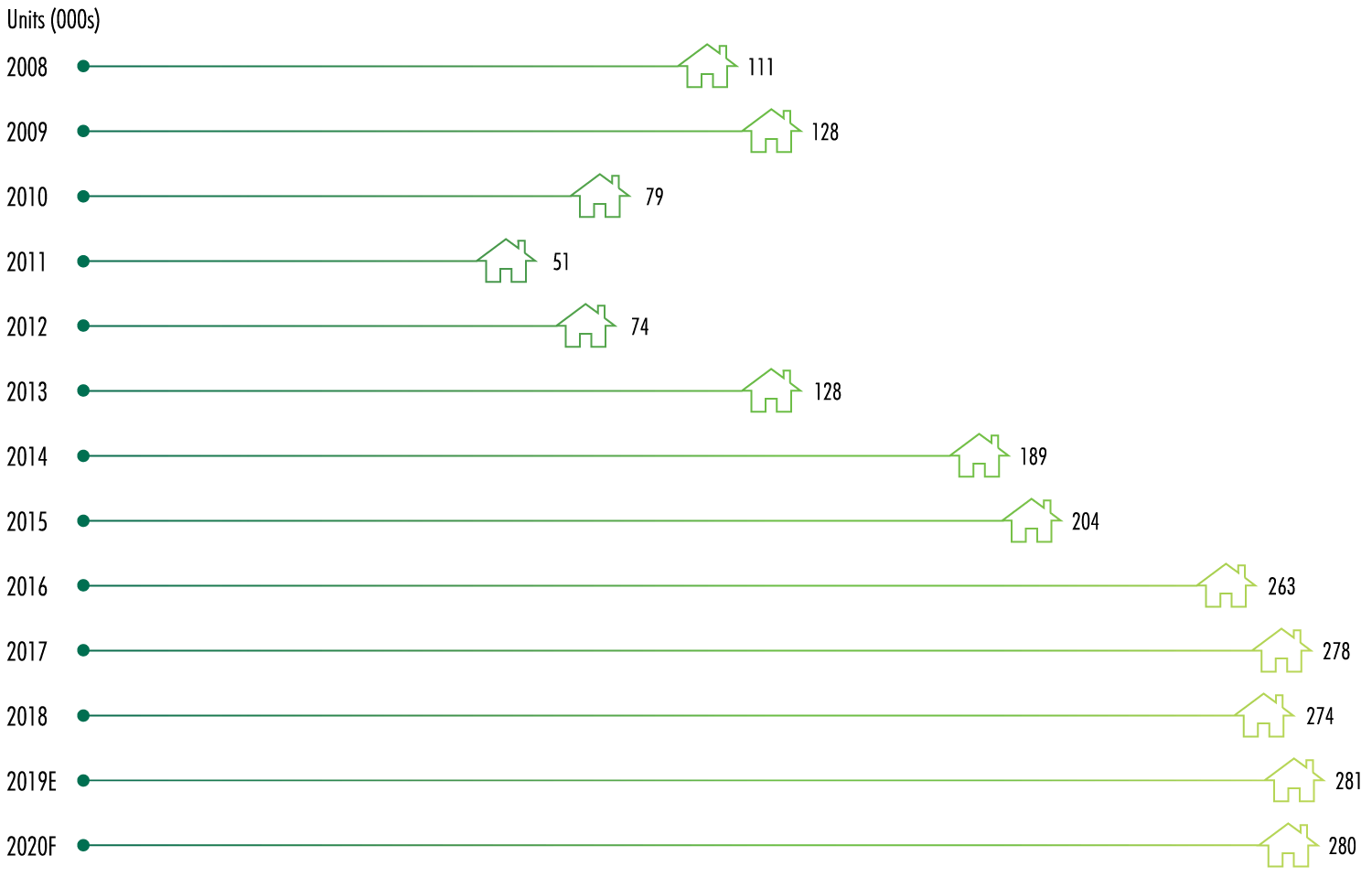 Kathleen Howley of Housing Wire reported this week on record-breaking Census data related to mobility. “The share of people who moved in the 12 months through March fell to the lowest level on record, adding to the woes of a housing market plagued by supply shortages. Just 9.8% of the U.S. population moved during the year ended in March, the lowest level in Census records going back to 1947.”

Alcynna Lloyd of Housing Wire reported this week that according to RE/MAX data, “housing inventory fell 9% year-over-year across the report’s 54 housing markets, representing the largest retreat since May 2018.”

Diana Olick of CNBC reports that California—where house prices are high—is seeing a drop in supply in all major markets. That said, Olick reports on other unexpected markets seeing supply losses: 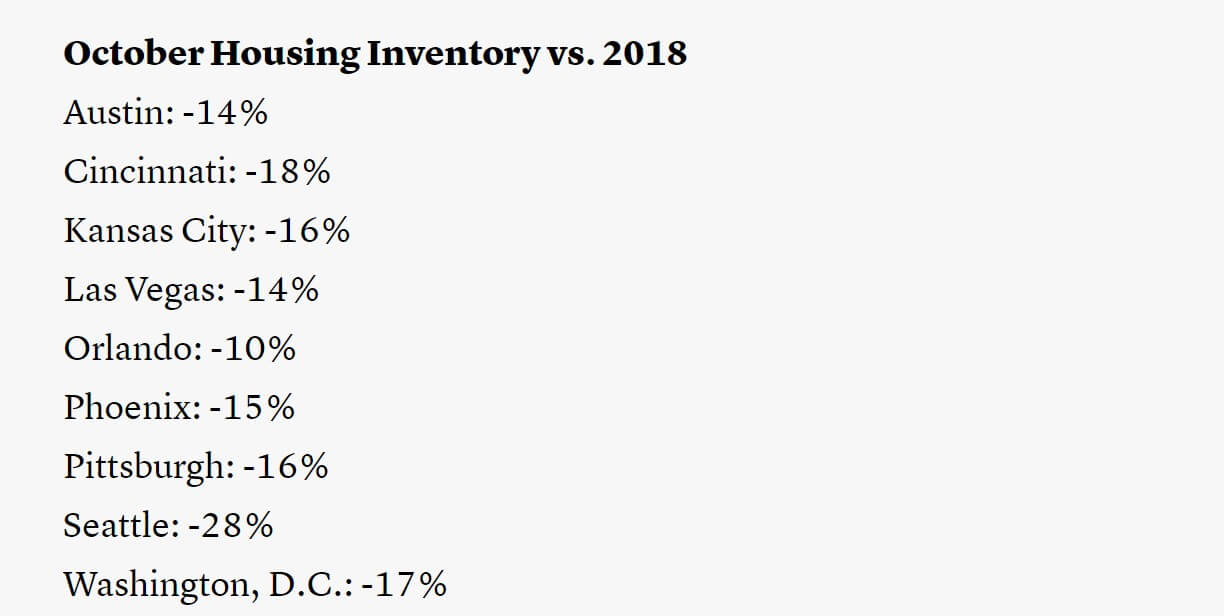