The boom in the luxury property market: 2021 data

With the eviction moratorium extended until the spring, landlords throughout the country are keeping their eyes on unpaid rent data. Anna Bahney of CNN opens up the week with details on the eviction extension, noting it’s putting many investors in a difficult position as 38 cents of every rent dollar goes to debt service.

Bob Pinnegar, president and CEO of the National Apartment Association, is quoted in the article as saying that landlords are “saddled with the financial burden of providing housing to America’s 40 million renters without sufficient resources to do so, and they leave residents to accrue even more debt.”

Despite the eviction moratorium, Jacob Passy of MarketWatch reports on data from the Private Equity Stakeholder Project, showing that larger landlords have made over 40,000 eviction filings since the CDC moratorium first went into effect on September 4th.

According to a recent Moody’s Analytics report, about 1 in 5 U.S. renters are behind on their rent payments. 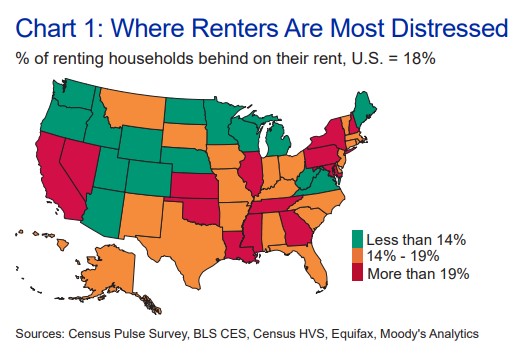 Wolf Richter of WOLF STREET reports on Mortgage Bankers Association data showing that 8% of renters in the U.S. had missed or delayed rent payments in December alone. 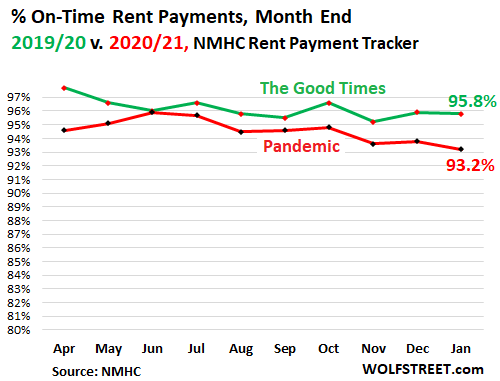 February marks Black History Month in the U.S., and there’s certainly much to acknowledge and celebrate in the real estate industry. There’s so much to celebrate and recognize here. Cadre and its CEO Ryan Williams recently launched a $400 million “Cadre Direct Access Fund…to push the company’s technology investment platform closer to smaller investors and advisors looking to invest directly in real estate deals.” And the amazing story behind Michael Gilmore, the founder and fund manager of Gilmore Homes. Or the recent cohort addition to Barclay’s Eagle Labs Black Founder Accelerator.

And so much more!

The National Association of Realtors (NAR) released a statement on fair and affordable housing that is instructive:

“While NAR continues to work alongside the National Association of Real Estate Brokers and the Urban Institute to address the persistent low rates of African-American homeownership, we also recognize that, as the largest trade association in the world, NAR is uniquely positioned to do more to close this gap and bring equity to the nation’s housing industry.”

You can review their five-point framework on how they plan to achieve this goal here.

Read more about the program here, and spread the word among your network.

Dean Boerner of Bisnow reports on a special venture capital program aimed at diversifying the racial profile of investors who have access to proptech deal flow. “The venture capital industry lacks diversity and proptech investors say their specific sector has the same shortcoming, which has limited the opportunity for wealth creation and entrepreneurship among diverse founders.”

Finally, CNBC reported yesterday that JPMorgan’s Chase Bank is doubling its Chase Homebuyer Grant in an effort to enable homeownership among Black and Latino communities. Qualified homebuyers can receive a $5,000 grant when buying a home through Chase.

There was a flurry of new data from Redfin on second homes and properties valued at $1 million or more. To begin, mortgage applications for second homes increased 84% in January. And, this isn’t a new phenomenon:

“Pandemic-driven demand for vacation homes is continuing into 2021 as mortgage applications for second homes see their eighth consecutive month of 80%-plus growth. Demand for second homes is increasing twice as fast as it is for primary residences.”

But demand is actually down slightly from a Fall 2020 peak. 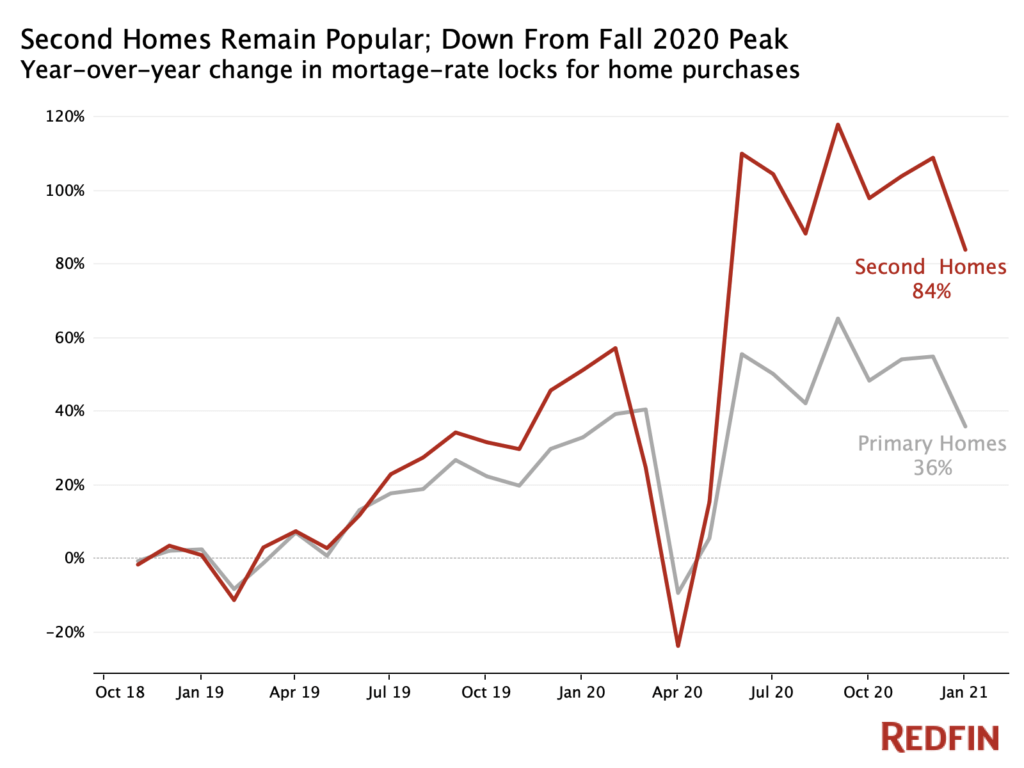 A second report from Redfin this week also shows that interest in million-dollar-plus homes hit a record high in January 2021, which supports the K-shaped recovery thesis which has benefited the wealthiest among us. According to the platform, almost 11% of saved searches on Redfin filtered exclusively for homes priced above $1 million last month. This is an increase from 8.5% in January 2020, and is the highest share since Redfin started tracking this data. 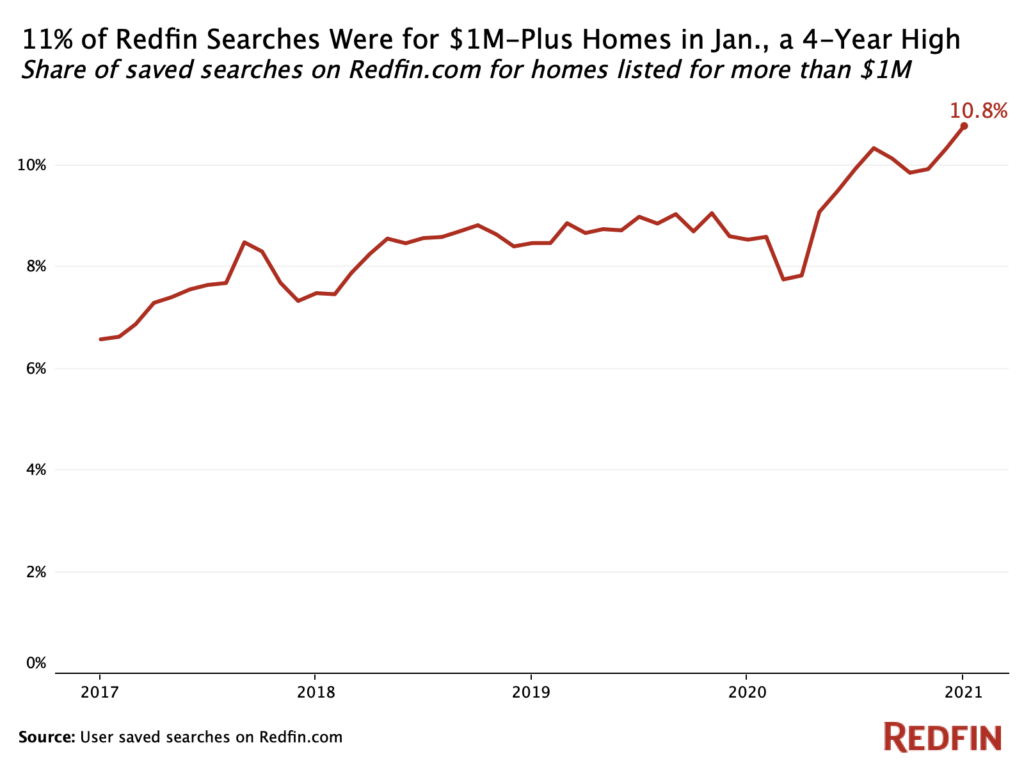 Commenting on the above Redfin data, Beckie Strum of Mansion Global notes that “There are multiple reasons why demand for million-dollar homes is on the rise. For one, it’s a product of wealthier, white-collar workers who’ve held onto jobs during the pandemic accounting for a greater share of housing activity.”

“Wealthy people are reaping the benefits of unequal recovery from the pandemic-driven recession as they earn money from robust stock portfolios and rising real estate values…Not only can they afford to move, they also have big budgets. Unfortunately, many lower-income people, particularly those in the service industry, are struggling financially and aren’t in the market for homes.”

The boost in interest for expensive homes could be a positive sign for struggling urban centers. According to Patrick McGee of the Financial Times (subscription required), San Francisco may already be seeing a recovery, led primarily by luxury properties. In the Bay area, “data indicates home sales have come roaring back, jumping 40.2 per cent in December, while home prices finished the year 16.4 per cent higher. Data from Zillow suggests pending sales in the final week of 2020 had spiked 107 per cent for the Bay Area and 117 per cent for San Francisco alone.”

Keep in mind also that we are seeing a record-high stock market, an IPO craze, and record-low interest rates which could be a strong case for the cushioning of the San Francisco market.