The rise of negative leverage

The S&P CoreLogic Case-Shiller Index reported recently that home prices jumped again 20.6% year-over-year in March, with Tampa, Phoenix, and Miami leading the highest gains among larger cities. Craig J. Lazzara, Managing Director at S&P Dow Jones Indices had this blunt message for real estate watchers: “Those of us who have been anticipating a deceleration in the growth rate of U.S. home prices will have to wait at least a month longer.”

Alongside record prices, consumer debt is also rising according to the Visual Capitalist. In Q4 2021, consumer debt rose to $15.6 trillion, the largest quarterly increase since 2007. 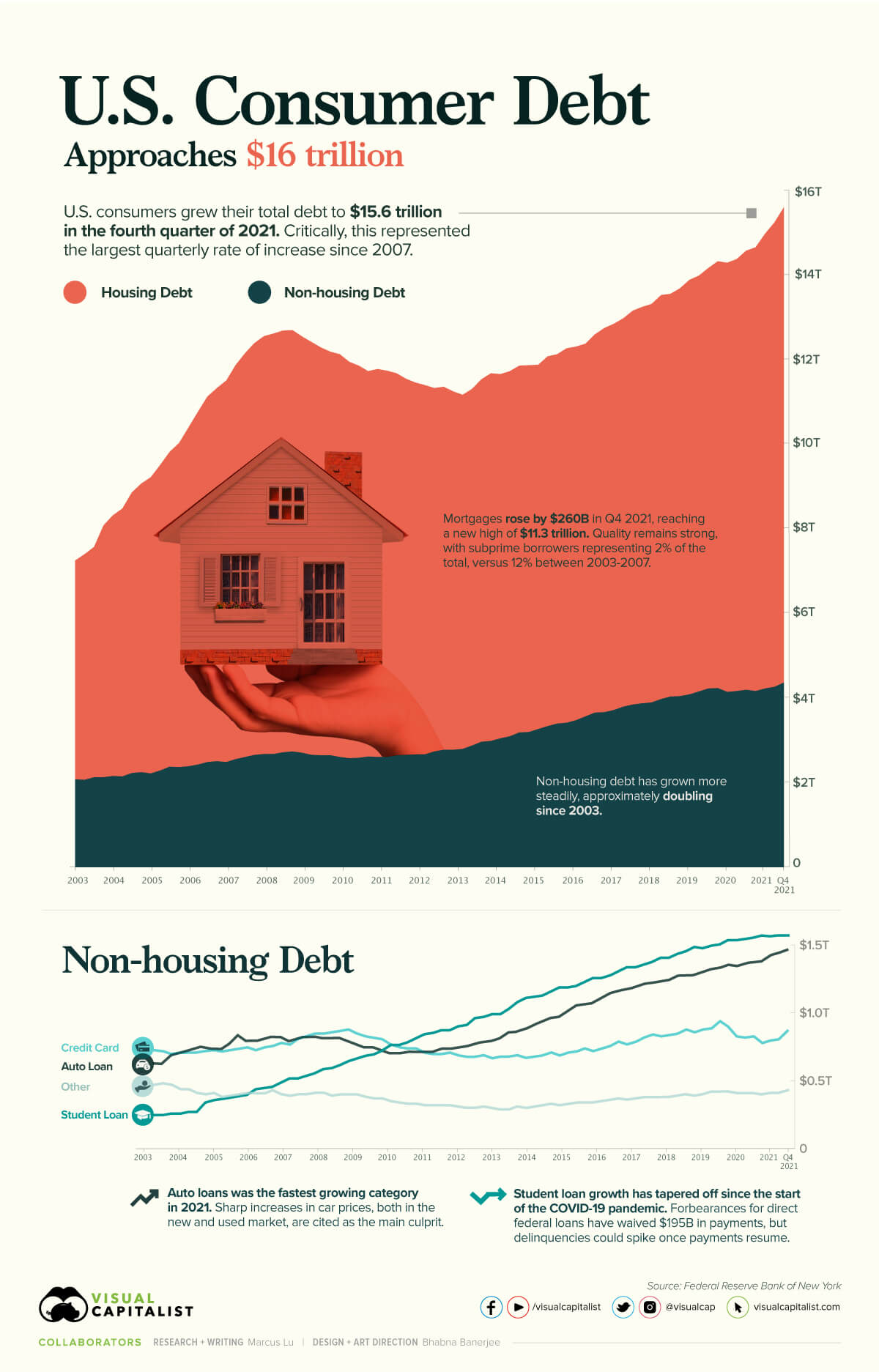 According to Reuters, the Federal Reserve Bank of New York reports that “mortgage debt climbed to $11.18 trillion at the end of March, and now accounts for 71% of total household debt, the highest share in roughly a decade.” Couple all of this with rising interest rates and homeowners could be in for some debt pain.

For investors, this could point to a situation of negative leverage. According to Jack Rogers of Globe St, “Negative leverage is a phenomenon that occurs when asset prices skyrocket quickly, shrinking return rates for buyers despite record rent hikes. Then interest rates rise quickly, creating an imbalance.”

Simply put, this means that as borrowing costs rise, investors make less money than the banks on their assets despite taking on more risk.

We witnessed a few weeks of slight interest rate declines as inflation was seen as perhaps peaking, however, rates rose again last week according to Diana Olick of CNBC. The 30-year fixed rate peaked at 5.3% in early May, before dropping to 5.09% in early June and now sits at 5.47%. 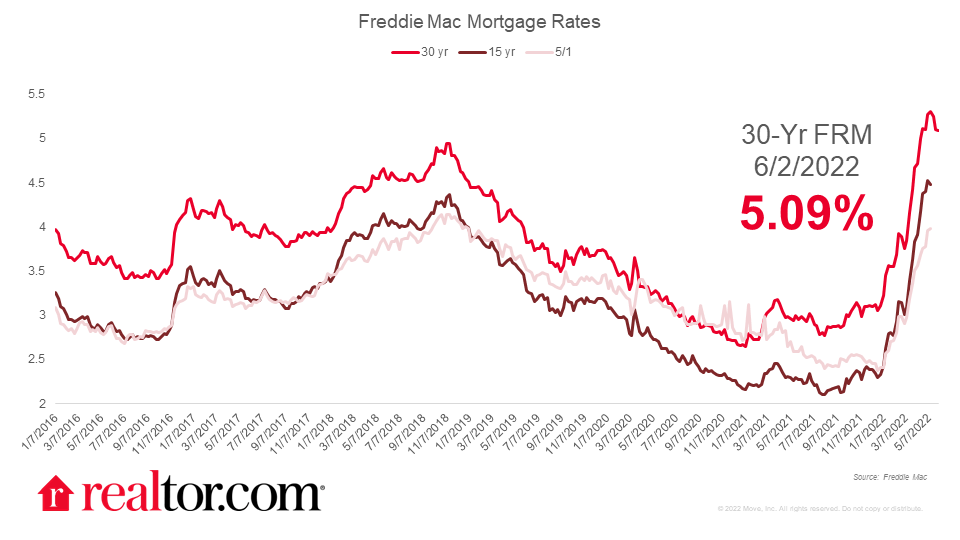 Higher rates will likely cool the hot housing market, but according to Hannah Jones of Realtor.com we are still off from any potential price drops: “This is likely to lead to slower price growth in the not-so-distant future as sellers compete for buyers, finally creating a more balanced market. However, those who are currently home shopping will tell you that we’re not there yet, as still-high interest rates and home prices are creating challenges in finding their ideal home.”

Government inflation data is due today and the Fed is set to make an interest rate announcement on June 14 and 15. According to Bloomberg, a rate increase is expected during this meeting.

Amidst talk across the country of vacant property taxes, ATTOM Data Solutions released its quarterly Vacant Property and Zombie Foreclosure Report, showing an increase in both occupied and vacant (zombie) foreclosures.

According to Alcynna Lloyd of Business Insider, “There are an estimated 1.3 million zombie homes across the US, and New York state has the highest share. As of 2022, thousands of these vacant homes are sprinkled throughout the state, especially in communities of color.” This is why, in 2013, the state passed the Abandoned Property Neighborhood Relief Act, which incentivized banks and community groups to maintain and rebuild foreclosed homes as affordable housing. Over 11,000 homes have been restored.

Rick Sharga, executive vice president of market intelligence at ATTOM, had this to say about the data: “We’re now seeing properties where the borrower was already in default prior to the government’s moratorium re-enter the foreclosure process, and undoubtedly some of these homes will have been vacated over the past 26 months.”